In a bid to have more control over what kind of information gets out (and hence forms a narrative) regarding the coronavirus epidemic, governments all over the world are taking measures to make it hard for citizens to have access to vital news and information through an unrestricted global internet.

In this guide, we’ll show you how to access unbiased and uncensored news about the coronavirus outbreak no matter which country you live in.

We have scoured the web for news sources that do not distort facts for their own ends and have listed those sources near the end of this guide.

As the global outbreak reaches pandemic proportions, it’s important for people to follow the latest updates on the crisis. 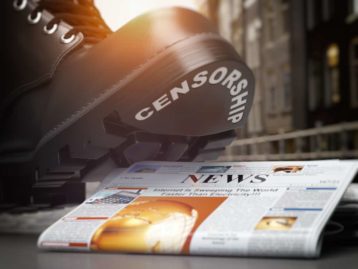 With that said, some media reports have stated that some governments (particularly that of China) have started to restrict access to some of the more popular VPN service providers in their respective areas of control. Not only that, almost all services that provide online consumers with anonymity and privacy have had to face government-led blocks since the outbreak of the virus.

That means that end users have had to go through a lot of trouble to access basic internet services such as Twitter, Google and other information-sharing websites. In addition to that, users have reported that several posts on WeChat and Twitter have been censored and filtered out.

Benefits of Using a VPN in Countries Like Iran and China

When an online user connects to a VPN service in a country with heavy censorship measures, like China, they can have access to an uninterrupted and unrestricted internet. Chinese citizens, with the help of a VPN service, no longer have to worry about all the restrictions that the government in the country imposes on them through the so-called Great Firewall of China. Iran has implemented similar censorship tactics in recent years.

It is also true that in the majority of the cases, the government in China only restricts access to services like VPNs and other online tools during the anniversary of major public uprisings such as the infamous Tiananmen Square massacre.

In short, any anniversary that is remotely related to sensitive political topics automatically qualifies for the list of banned events, and news outlets in China are forbidden to cover them.

When this happens, Chinese citizens naturally want to use VPN services to get their freedom back. Tired of having to block sites only to see people accessing them anyway, the government has started to block VPN services as well.

A large number of VPN service providers—as well as popular websites like Google—have had to go through some tough restrictions and approval processes with the Chinese government. Many top VPN services and other anonymity services (like secure email services) have even gone to the length of commenting about such matters on their website and social media handles.

Related coverage: Learn how to unblock Viber in China.

The coronavirus (a novel variation of the virus that caused SARS and MERS back in 2002 and 2003) has spread not only across China—where it originated—but also in neighboring countries such as Japan, South Korea and Iran. Every day, new cases are reported in the West as well, with Italy seeing the most recent surge of new cases in late-February.

In order to prevent mass panic and keep people going about their day in a normal fashion, the government in China has tried to restrict the information coming out of various government agencies. Some say the government has done it cover up the extent of the crises while others say the strategy is meant to keep order in the country.

China Is Censoring Coronavirus Stories. These Citizens Are Fighting Back. | NYT News

However, some of their efforts have backfired in the sense that pockets of citizenry across China have called for the government to allow them freedom of speech. As a result of the virus and the mishandling of the situation on part of the government, many voices in the country have become even more suspicious of their own government. That is just one of the reasons why people in China and other restrictive countries have started to seek out sources of information that are unbiased on the internet.

These are usually known as alternative news sources, often run by citizen journalists who don’t work for more established or mainstream media outlets. Such outlets have covered the outbreak from a more neutral perspective.

For instance, the site freebrowser.org has seen an uptick in its daily traffic since the outbreak. This site provides users in China with completely uncensored foreign news articles. From the day the government in China decided to quarantine Wuhan (the epicenter of the outbreak), traffic to alternative news sources has increased.

Financial Times did an interview with Charlie Smith, the founder of censorship watchdog GreatFire.org, where he mentioned that many online users in China preferred international news instead of domestic news.

He explained that despite the fact that China had a wide range of domestic news sources that covered the coronavirus in great detail, the people living in China still looked towards foreign media outlets that, in their mind, represented uncensored platforms.

He also said that such situations give strong signals that people in China distrust news sources which they think are under the control of authorities. They also feel that instead of telling the truth about coronavirus, news outlets in China are more concerned about how to comply with orders from higher authorities. 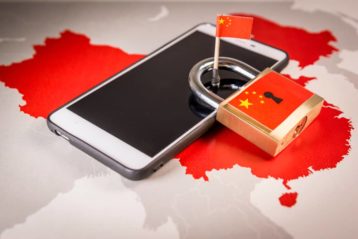 There is little doubt about the fact that unless and until the government in China is able to control the narrative surrounding the outbreak (at least within the country’s own borders,) it is going to continue restricting VPN services from working properly in China.

Apart from China, the government in Iran has also come under criticism for censoring information about the virus and underplaying the gravity of the outbreak. U.S. Secretary of State Mike Pompeo recently accused Iran of not being transparent about the outbreaks of the virus. He said that the lack of information puts the world at greater risk and that censorship could have potentially deadly consequences. 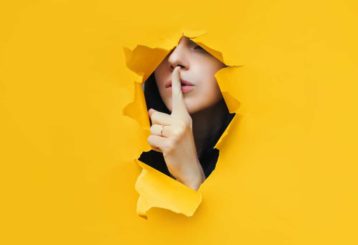 Pompeo urged governments in Iran and China to allow foreign and local journalists to investigate the outbreak freely. According to Pompeo, that would allow the rest of the world to prepare for the challenge far better.

A top European diplomat in the Trump administration told the media that Russian agencies were willfully spreading disinformation regarding the spread of coronavirus. Philip Reeker, acting assistant Secretary of State for Europe, mentioned that Russia-linked accounts on social media platforms had actively spread false alarm about the coronavirus. Such accounts also accused the U.S. of creating and propagating the coronavirus.

All of this points towards the fact that online users need a VPN service to access unbiased information about the spread of the virus.

In the next section, we’ll take a look at the best VPNs for uncensored coronavirus information.

Which VPNs Are Best for Coronavirus News?

Currently, the top three VPN services you can use to get access to the best unbiased news on the internet are:

Among the most secure and comprehensive of all VPN services, NordVPN is one of the best options to access uncensored information around the world.

You have to keep in mind that apart from China, several other governments have resorted to keeping their citizens in the dark about the extent of the outbreak. So you need a VPN service that not only works in China but in other countries like Iran and North Korea.

NordVPN has VPN servers spread all over the world and offers the best speeds. Each NordVPN subscription comes with a 30-day money-back guarantee, so you can try it out risk-free.

People living in China and elsewhere can use NordVPN to unblock services like WeChat and Twitter that can be used to get the latest happenings on the virus.

This is another VPN service that is perfect for newcomers as well as experienced VPN users. Just like the other two top VPNs for uncensored news, CyberGhost comes with a money-back guarantee and has enough VPN server locations on the globe to get you unrestricted access to any type of site or online service you want.

IPVanish is also a decent VPN service for users who want speed and reliability. It is based in the U.S. and offers strong encryption for users who are looking for more anonymity when trying to access information about an epidemic like coronavirus.

All IPVanish packages come with a seven-day money-back guarantee, and the service allows users to connect up to 10 devices at one time. If you want your whole family to have access to uncensored information, then IPVanish has got you covered.

These are the sites that you should keep in mind and check regularly for fairly unbiased reporting on the coronavirus crisis and the measures taken by different governments around the world.

Zohair A.
Zohair is currently a content crafter at Security Gladiators and has been involved in the technology industry for more than a decade. He is an engineer by training and, naturally, likes to help people solve their tech related problems. When he is not writing, he can usually be found practicing his free-kicks in the ground beside his house.
Home How Tos Web Censorship How to Access Uncensored News & Information in a Coronavirus Pandemic