It seems like robot forms are not the future anymore.

They may take over further responsibilities of humans.

A new robot from now has machines that are tending row of healthy-giving leafy greens all under the watchful eye of a software that they are calling The Brain.

There are so many robotics companies around the world.

Iron Ox distinguishes itself from other robotic companies in the sense that instead of making efforts to flog humans with even more technology, the company wants to sell human some good old nourishing food.

Brandon Alexander, the robotic firm’s co-founder recently told reporters that Iron Ox represented a farm and the company would always remain a farm.

However, as many of our readers can probably tell by now, it is no ordinary farm.

To start things off, Iron Ox as a company has hired a total of 15 human employees.

These human employees have to share their office space with AI-enabled robots.

The robots quietly and efficiently go about doing their business which is to tend rows and rows of those doctor-recommended leafy greens.

Just a few days ago, Iron Ox, opened up the company’s first ever production facility.

The facility is located in San Carlos, which is pretty near to San Francisco.

The facility is also attached to various Iron Ox’s offices.

According to the company, Iron Ox facility would have the potential of producing health-giving leafy greens at around the rate of 26000 heads each year.

That may not sound like a lot to some but the 26000 heads per year is actually the current production level of a standard outdoor farm which may as well be around five times as big as Iron Ox’s facility.

It should not come as a surprise to anyone that the company considers the opening of its first facility as the next huge step towards its goal of fulfilling its grand vision.

What is that vision?

That vision is a completely autonomous farm.

A farm that would make use of robotics and software to fill the place of (read, replace) human agricultural workers.

At the current moment, the industry has a short supply of such human workers. 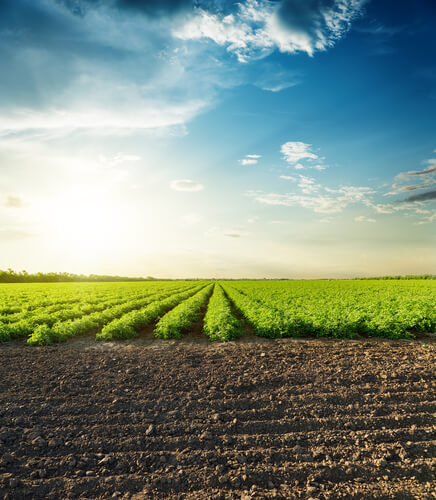 However, Iron Ox still has not sold any of the natural food that its robotic farm produces just yet.

The company has started the process of holding talks with several of local grocers and restaurants.

So as of this moment in time, the robotically-handled heads of green leafy lettuce are only making their way to food banks in the locality and also to Iron Ox’s own salad bar in its offices.

The employees working at Iron Ox better prepare themselves to love lettuce by the looks of things it seems.

Of course, the company also has a good number of non-lettuce-consuming workers/staff.

That staff includes a rather lengthy series of robotic movers and arms working at the farm.

Iron Ox’s robotic arms pluck the farm’s plants from their own hydroponic trays on an individual basis and then transfer those plucked plants to new trays as the plants continue to increase in size.

Such a continuous process maximizes the health of the plant and hence the output.

This is definitely a luxury that a lot of outdoor farms seem not to have.

Big mechanical movers, white in color, make their way around the facility carrying trays filled with water weighing over 800 pounds.

In the beginning, Iron Ox found it tricky to make sure that different machines worked well with each other.

Alexander recently told reporters that the company had different robots which could carry out different tasks.

However, according to Alexander, the company found it difficult to integrate the robotic machines into a good production environment.

To solve that problem with its machines, Iron Ox developed its own software which the company nicknamed as The Brain.

Iron Ox would use the software to make those robotic machines collaborate with each other in the most efficient manner possible.

In other words, The Brain keeps a strict watch over the robotic farm.

It monitors all sorts of things such as robotic location, temperature, and nitrogen levels.

The Brain has the ability to orchestrate both human and robot attention whichever it thinks is needed at any given moment in time.

This does not negate the fact that the majority of the farm’s operations are actually automated.

However, the robotic farm still requires a tiny bit of input on part of human workers.

Current, human workers assist robots with the seeding and processing for different crops.

With that said, Alexander recently told the media that he had hoped Iron Ox would manage to automate those steps in the future as well. 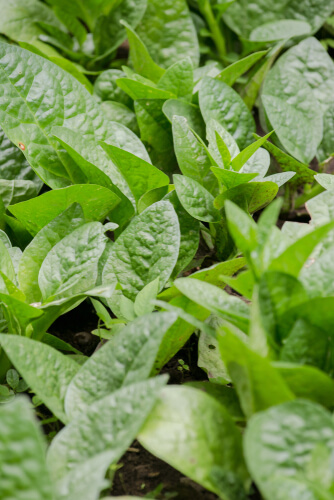 The obvious question that arises from all of this is that why would anyone want to through the trouble of completely automating an activity such as farming, to begin with?

As far as Alexander sees it, Iron Ox is actually trying to solve two major problems with the help of a single facility.

Secondly, facilities such as the ones that Iron Ox has built would solve the problem of the huge distances that all types of fresh produce currently has to cover in order to reach its final destination.

But what about the fact that all automation eliminates jobs and so will Iron Ox?

Well, as it turns out, Iron Ox is hoping to actually help the industry rather than eliminate even more jobs.

The company expects that its facilities and the robots working in them would fill in the gaps that are currently present in the agricultural industry’s workforce.

Moreover, he also said that his company made it possible for the right people to grow crops very near to all the urban areas in the country without ever having to pay employees city-level salaries.

Alexander is of the view that the automated farms such as Iron Ox would enable different stores to choose vegetables which would actually be fresher than the ones that had to cover hundreds and thousands of miles in order to get to the city.

Of course, the big assumption in all of this is Iron Ox and other startups like it, actually managing to economize the processes enough so that they are able to match the prices of the current traditional produce competitors.

An assistant professor at the University of Florida teaching agricultural engineering, Yiannis Ampatzidis, said that the big problem with all types of indoor farming, currently, was the initial investment that had to be made to get the system up and running.

In other words, Yiannis is of the opinion that one had to invest a lot right up front.

This is the reason the majority of the small growers cannot really go through with automating their processes.

It doesn’t take a genius to figure out that the current cost of automation may create a huge gap between smaller family-owned operations and big farming institutions.

That would hold true especially when it comes to having access to new technology.

Despite such risks, Ampatzidis holds that the introduction of automation to both outdoor and indoor farming was necessary if one wanted to help a broader swath of the current agricultural industry in solving its long-standing problem of labor shortage.

He also said that if the community did not find some other way to bring more people into the United States of America as cheap labor, then automation of the industry was the only realistic way to ensure survival.

Zohair A.
Zohair is currently a content crafter at Security Gladiators and has been involved in the technology industry for more than a decade. He is an engineer by training and, naturally, likes to help people solve their tech related problems. When he is not writing, he can usually be found practicing his free-kicks in the ground beside his house.
Home Internet Security News AI Farms Will Soon Start to Produce Food Without Humans
Leave a Comment Cancel reply