The researchers from Tel Aviv University revealed that data can be steal from the air via utilizing a device concealed inside a slice of a pita bread. It is something like Get Smart or out of Mission Impossible. 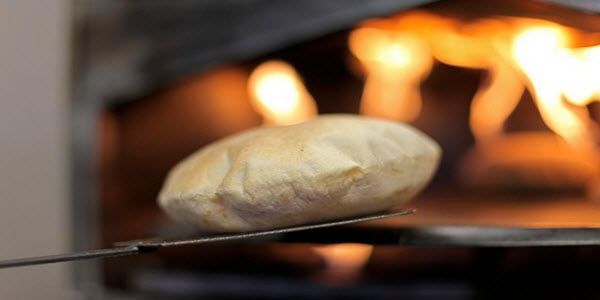 The researchers have achieved that, pioneering a method to demolish the encryption keys via radio waves through a raft of cheap, ordinary equipment that can be linked into a tiny, concealable device. A device that is just awesome for placing into a simple looking slice of pita bread.

Attackers may be in a Cafeteria, quietly intercepting the internet activities of people around them, although seems to be not doing anything just eating a sandwich.

The different power usage requires for every activity to give a boost to the particular radiations, the researchers said. Also, researchers discovered that team was capable to decrypt the encryption keys for messages and emails if they interrupted the hackers in the procedure of hacking. Ultimately researchers were capable to reset the keys utilized in commonly used encryption algorithms and programs to protect information.

The team has created an evidence of concept called the PITA, huh, you predicted it, Portable Instruction for Trace Acquisition.

However don’t panic the Cafe extravagantly: Developments would require to turn it into as valuable as, say, the Cone of Silence or a shoe phone. Once pita meets Portable Instruction for Trace Acquisition encounters, the hack has been confirmed to perform hacking from a distance of just about a half and a foot – so the attacker would require to be very nearer to the target, at that point victim could possibly save themselves from woe by simply reading and learning over the laptop/computer display.

There are many other problems to solve before Portable Instruction for Trace Acquisition is fully prepared for public usage, as it seems.

GM and VP for EMEA at WinMagic, Darin Welfare said in an email, “The research from Tel Aviv University serves as a timely reminder of the innovative techniques that cybercriminals may use in the future, but it is highly unlikely that such an attack would yield positive results in a real-life environment outside laboratory conditions. For example, replicating this attack in a generic environment like a coffee shop would likely be interrupted by the prevalence of other radio waves in the vicinity, skewing the results.”

Ali Raza
Ali is a freelance journalist, having 5 years of experience in web journalism and marketing. He contributes to various online publications. With a Master degree, now he combines his passions for writing about internet security and technology for SecurityGladiators. When he is not working, he loves traveling and playing games.
Home Internet Security News An info-stealing pita bread cooked by Israeli hackers
Leave a Comment Cancel reply