For more than a billion people on earth, smartphone devices now fill the role of pen and notepad replacement.

And that is just one of the many roles that a smartphone device can play in the lives of people who live in developed and somewhat-developed countries.

People now use smartphones as their primary digital camera, their audio player, their address book as well as their encyclopedia (and ever expanding one).

Of course, smartphones belong to the real world.

And in the real world, all options are never created equal.

So for whatever reason that the user may need to take down some notes, the best tools for the job are the ones that we’ll list out below.

One Note: The best note taking app in the all-around category

Microsoft OneNote has basically stumbled its way right onto the screens of devices that make use of almost all of the major mobile platforms in use today.

However now, Microsoft OneNote comes across as a much more intuitive and polished project.

OneNote’s main appeal lies pretty much in the fact that it is flexible.

By that mean, it can take and combine web links, images, and text in an increasingly cohesive way.

Of course, it is still trying to approach that one best way to combine and server everything the user wants to store, but currently, it is handling the situation better than any other alternative out there.

So it comes needless to say that Microsoft OneNote can now sync all of the user’s notes that the user may have taken across the web and devices in a pretty seamless way.

With Microsoft OneNote in place, the user can easily drop in,

Not only that, the hard part that OneNote manages to accomplish rather easily is the tying up of all of that user information into a neat series of color-coded and nested notebooks.

Our research shows that the OneNote search tool is pretty slick and, most of all, works across all of the user’s notebooks.

Moreover, OneNote also provides users with a host of collaboration tools if they have a need to collaborate with other users or people on one of their notes.

OneNote is currently available for free on the iOS and Android platform.

The fact that Google Keep offers watertight integration with all the other Google services is actually not the sole reason why a user may want to pick Google Keep over all of its note-taking app rivals.

However, we do believe that it is possibly the major one.

Users have the option of adding Google Keep and everything that comes with it as a side panel to Google services such as,

Not only that, with Google Keep users can also turn all of their notes to simple Google Docs documents.

And it can be done with just a couple of mouse clicks.

Apart from that, any reminder that the user makes with Google Keep appear in another Google service that goes by the name of Google Assistant.

Apart from that, Google Keep sticks to the usual formula that Google applies to all its apps.

That formula makes all of Google apps relatively,

Google Keep also makes use of a color-coding system which is straightforward and works well enough.

Users have the option of attaching labels to their notes in order to sort them easily and search through all of them in a literal snap.

Google Keep also has options for users who want to share notes with other users or online users if there is a necessity of collaborating on any of them.

Currently, Google Keep is available for free for iOS and Android users.

The first thing that users should know about MyScript Nebo is that they will have to pay a bit for the privilege.

Especially compared to other apps.

MyScript Nebo works both on phones and tablets.

It isn’t free but it does more than a reasonable job of converting and turning all of the user’s handwritten scribbles, among other things, into searchable and actual text.

Hence MyScript Nebo is probably (and understandably) only worth an investment if the user happens to have a stylus and a tablet.

With that said, readers should know that it is still pretty much work on smartphone devices.

MyScript Nebo even offers users an app to use with Windows 10 if they ever need to.

Now, besides the core feature of the user’s handwriting recognition and/or conversion, this note-taking app also comes with a good number of pretty useful features for note organization.

Additionally, there is also support for a great number of interactive diagrams, formatting options and pretty much each and every export format that the user may need now or in the future.

The official MyScript Nebo app is available for $8 on the iOS and Android platform. 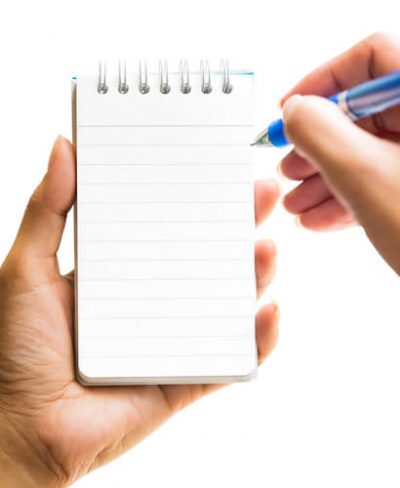 The interesting bit about Dropbox Paper is that it has managed to fly (as well as stay) under the radar for a large portion of its existence.

And that hasn’t changed much so far.

However, our research shows that Dropbox Paper works pretty well for users who want to have the facility of making and takes notes on their,

Not only that, Dropbox Paper also provides options for users to sync their stuff everywhere.

That function is available for the main Dropbox cloud storage service as well.

Because of that prior experience, Dropbox Paper is able to offer users sharing and syncing options which are top-notch and highly performant.

Users of Dropbox Paper would quickly find that the official app manages and handles each and everything they would want from a note-taking app (from comments to collaboration) very well.

A lot of people simply score Dropbox Paper highly because of the simplistic approach it takes to note taking and note sharing activities.

However, the simplistic approach does not mean in any way that the Dropbox Paper service is basic.

Dropbox Paper has no problems in taking care of content in forms such as,

Most of all, it actually has an offline mode.

But the area where this Dropbox Paper app truly excels is the area of collaboration.

More specifically, the way in which Dropbox Paper combines its collaboration tools and features into one whole intuitive offering is truly amazing.

And that makes the overall app a breeze to actually use.

The user interface is clutter-free and very easy on the eye.

Currently Dropbox Paper is available for the iOS and Android platforms for free.

Evernote is without a doubt the most popular note-taking app of all the options that we have mentioned on this list.

However, despite the fact that it has become well-known, the service continues to improve and soldier on.

So much so that recently Evernote added a dark mode for users with sensitive eyes or preference for darker environments.

In the process of doing so, it proved once again that it can be and is fairly hip even after more a decade of fighting and recovering against the competition.

Our research shows that the one reason why Evernote has not only survived but thrived for so long is in the way the note-taking app is able to handle and manage huge amounts of text.

It just knows how to deal with,

And a lot more.

To put it in simpler terms, Evernote has the capacity to become the most competent note-taking app when it comes to acting like a decent word processor.

This ‘word processor’ ability offered by Evernote, is in addition to everything else Evernote offers as its base features such as,

Currently, Evernote is available to users on a freemium subscription model on the iOS and Android platform. 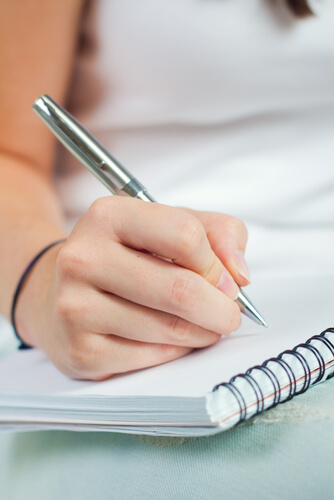 Saferoom: The best note-taking app with the best security

Presuming that a given online consumer doesn’t really want his/her notes and other stuff saved on a note-taking app to get into the wrong hands (malicious people, criminals, and spies), it makes sense that note-taking apps should have strong security features.

For such online consumers who really really have this desire to keep their notes and other content private, there is the Saferoom app.

Any privacy-conscious user should give Saferoom a try because it adds an additional layer of online security to all the notes that the user has taken via apps such as,

How does it provide that additional layer of security?

Well, it encrypts all of the user’s data.

This way, no one can view the user’s secret and secure master password.

Saferoom offers such a tight security for users and their data that in a case where the user actually forgets his/her password, there is not a single way using which they can get their notes back.

Saferoom also has the added advantage of having support for various other password managers such as LastPass and 1Password.

So, there is very little reason to believe that the user would run into any kind of trouble while using Saferoom.

Moreover, Saferoom also allows users to get and take a look at their notes directly from their computer machine.

We’ll admit that Saferoom doesn’t have the greatest and the easiest to use user interface in the world.

However, if we are talking about note-taking apps having a ton of security, there is really no service that can beat Saferoom.

Currently, users can download Saferoom for the iOS and Android platform without paying any money for it.

Zohair A.
Zohair is currently a content crafter at Security Gladiators and has been involved in the technology industry for more than a decade. He is an engineer by training and, naturally, likes to help people solve their tech related problems. When he is not writing, he can usually be found practicing his free-kicks in the ground beside his house.
Home How Tos The best note-taking apps for everything that you want to do
Leave a Comment Cancel reply