A strange way to start an article, with a quick precis on history, bear with me and all will be revealed… 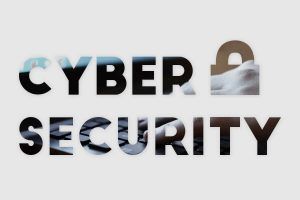 What does history tell us:

He united the monadic tribes of Northeast Asia, founding the ‘Mongol’ empire and proclaimed as “Genghis Khan”. He conquered most of Eurasia, a feared leader, portrayed in life and on celluloid to this date.

The “Roman Empire” commenced in 6th century BC, through to 1453, when Mehmed II conquered Constantinople.  Stretching from the Mediterranean sea in Europe, throughout Europe, Africa and Asia.  Many a film has portrayed them, as either good or bad, though I think the latter is appropriate.

Adolf Hitler, in actual fact was “Jewish (by all accounts!!), a corporal in the army in WW 1.  Rising to be a tyrannical leader in WW 2.  He claimed the lands of Europe, as far north as Norway, as far down as North Africa and East as far as the gates of Stalingrad, the horrors are known facts.

Lasted until the fall of the Berlin wall, Eastern Germany was the penultimate border.  It penetrated from Russia en route to Berlin, going north and south.  With the revolution of 1989, was its demise and common sense prevailed.

Now in the 21st century, cyber crime has no borders, its “Global” thanks to the Internet and reflects how the world has shrunk.  Spyware, Malware, Ransomware, Tupperware (well maybe not the latter!!) but the first three are a bane to life on the Internet and emails and all users.

Accept these two facts, ‘life is a continuum’ and there is no such thing as ‘100% secure’.  Though may I proffer ‘Good always overcomes bad’.

The online underworld now has its own currency, the “Bitcoin”, though Australia are branching into this currency, hard to believe or what!

The Internet does have a dark side (the Dark web, sometimes called deep web), where the cyber criminal lurks, bit it for ‘big’ bucks or praying on the unprepared.  Cyber crime and counter intelligence techniques are now an industry in its own right.

Academia about the status quo in the computer security arena, or future predictions from a myriad of ‘specialists’, flood our in boxes at an alarming rate with emails, be it in January or bi-annually (they must only pay these twice a year) we get them anyway.

Technology is making the human lazy – switching lights on before we reach home! Internet of things  –  (how lazy is this) and so the story spirals out of control…

So what critical computer security changes have occurred in the last 10 years?

We’ll go about it without wasting time! These are the occurrences over the last 10 years for me, so it’s not an article I’ve regurgitated:

I’m not an academic otherwise I would have a degree, nor am I a technician.  I have however been working in IT, and later information security for over 40 years.

What’s topical today, is tomorrows history, and why, because we have learnt something, and this is the key to continuum.

What motivated me to take this stance, was the closing words on an article by Roger A Grimes on InfoWorld. His closing words were, ‘The only question I have: When will it happen? If I’m lucky enough to be writing for InfoWorld 10 years from now, will I be writing more about the successes or the failures?’

I know I detracted from my initial mission which Ali Qamar (sorry Ali) set me.  Accepting that life is cyclic and we therefore live in a continuum.  The failures of those in the history precis are well documented, and as much as the 10 changes in computer security’ will evolve, there ‘topical today, but tomorrows history’.  Though I proffer, that Cyber crime will desist.