In order to teach United States policymakers and politicians about the risks and the potential of artificial intelligence.

The whole of America saw how inept and poorly informed Mark Zuckerberg’s questioners were when they made the CEO of Facebook testify in front of the United States Congress.

That is something the experts realized very quickly.

No one is questioning the desire on part of the Congress to regulate Facebook and other tech behemoths.

But it had become clear that the same Congress had little to no idea on how to go about doing so.

Instead, the US Congress let Zuckerberg get away with pretty grandiose claims about artificial intelligence and how it would help the company solve all of its problems.

For one research fellow at HKS (Harvard Kennedy School), Dipayan Ghosh, the Facebook hearing more or less emphasized a pressing need to actually bring all the United States policymakers and politicians up to speed on all the major technological issues facing the country.

The chief among those issues is artificial intelligence.

However, according to Ghosh, there are many salient problems which the community has witnessed take a life of their own in the common society.

Readers should know that Ghosh worked in the Obama administration as a technology policy advisor. 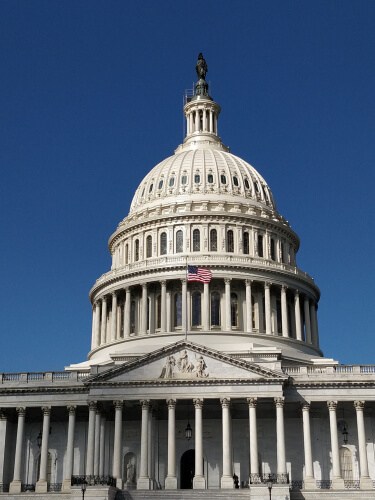 Ghosh also mentioned that the scientific community needed to inform all the people who held positions of power on how all these new systems actually worked.

That way, the next time politicians and policymakers launched a regulatory effort to curb technology companies, they won’t come off an ill-informed as they did during the Zuckerberg hearing.

As it turns out Ghosh is also co-directing a recently launched AI policy initiative with another senior research fellow at Harvard Kennedy School and also the chairman of the United States Federal Communications Commission under Barack Obama, Tom Wheeler.

The initiative will get funding from Harvard Kennedy School’s Shorenstein Center on Media, Politics and Public Policy which would focus on further expanding the academic and legal scholarship surrounding issues such as regulation and AI ethics.

Not only that, but the initiative would also host a technology boot camp for the United States Congress members in order to assist them in learning more about artificial intelligence.

The initiative hopes that with similar combined efforts, policymakers and Congresspeople would have a better understanding of how to effectively regulate and then shepherd the increasingly growing impact of artificial intelligence on society.

Over the last twelve months or so, a long series of high-profile technology scandals had made it increasingly clear that a poorly implemented artificial intelligence system could have huge consequences.

Such poorly implemented systems included the use of modern artificial intelligence techniques such as machine learning to spread various forms of misinformation through online social media platforms.

Along with that, other problems also arose.

Problems such as the automation of discriminatory and biased practices via artificial intelligence facial recognition technology along with various different automated systems.

Back in October of this year, at the annual Artificial Intelligence Now Symposium, legal experts along with human rights activists and technologists repeatedly emphasized the very dire need of systems which could hold artificial intelligence accountable.

The director counsel and president of the NAACP Legal Defense Fund, Sherrilyn Ifill recently said that the US government currently had the long view.

In other words, the government officials and policymakers held the responsibility of effectively communicating history to technology company and corporations which have developed such technologies.

However, according to Ghosh, the government lacked the knowledge to actually bear its responsibility.

Ghosh also said that if one asked a Congress member if artificial intelligence was actually a part of the problem of disinformation, the member might say that he did not know or he did not think so.

And perhaps that is the reason why a portion of the new initiative had Wheeler and Ghosh asking roughly 30 experts and leading figures in economics, philosophy, computer science, and others fields to come in and weigh in on various issues such as accountability, transparency, fairness and discrimination.

Zohair A.
Zohair is currently a content crafter at Security Gladiators and has been involved in the technology industry for more than a decade. He is an engineer by training and, naturally, likes to help people solve their tech related problems. When he is not writing, he can usually be found practicing his free-kicks in the ground beside his house.
Home artificial intelligence Congress People Should Contact Harvard to Understand AI
Leave a Comment Cancel reply