As part of my ongoing research on the internet, its content and the varied ways that people will go to. In itself is a reflection of how humanity has reached the depths of depravity for their own gratification. 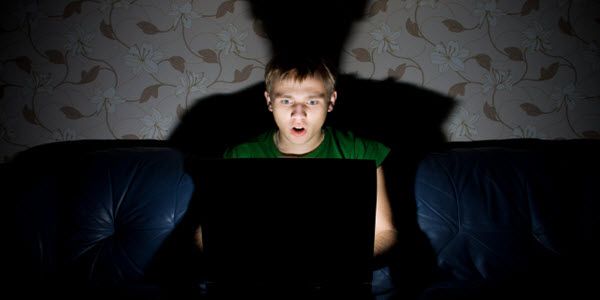 Of the many feeds that I receive, one in particular from Cyber Security Intelligence known as CS Int. A recent article touched me very deeply, as I was abhorred how our fellow human beings if that’s what they are! Could inflict regalement, more so towards minors.

Due to a recent article I’d written, I was educated in the terms of surface web, Deep web and Darknet. Furthermore, these opened my eyes to the existence of Tor. However, the recent article I read further elicited me to THS.

What is THS? Well THS is ‘Tor Hidden Services’, hence THS. Being totally honest I was shocked of this revelation. Taking a step back, Tor was originally the US Naval Research Laboratory project known as the ‘Tor project’. It was created for the right reason, in ‘advancing human rights and freedoms’. Now this for me is something positive, though there is a balance, so there must be a ‘Negative‘.

Whether it’s the Deep web or Darknet, there are good reasons for its existence. Be it for journalistic purposes, as stated for human rights of freedoms of our fellows. Being an auditor from an information security background, I always play the ‘Devil’s advocate’! And there will always be the other side of the coin, where the cyber criminal prevails.

The primary existence of these deep and dark areas, that obfuscation is enacted. This alas proves to be a torment for the authorities and their investigations. So in the probabilities, though doing well it also allows the worst criminals to surreptitiously market their activities with impunity.

With narcotics in the UK has reached a 30% rate due to outdated legislation, allied to central government desire to cut budgets and water down police resources. These media reports have been entertaining as opposed to shocking.

Though like a lot of things in life, we’ve accepted the attitude of Not In My Back Yard (NIMBY). The dark web is rumored to have the like of death squads or fights to the death, and these are just that rumor control at its best. Alas, the one thing which isn’t exaggerated is the abuse of children as the content is prevalent.

The likes of ‘Hurt Core’ which thankfully was shut down, depicted child abuse at its worst, where pain and suffering went beyond which sickened pedophiles. What is it with human beings that they inflict the wanton cruelty to children!!!

To the media, I proffer the editors would shun the idea of reporting of Tor and more so THS. A recent survey carried out by Portsmouth University, found that 80% of traffic destined to THS contained child abuse content.

It’s a perpetual game of chase the mouse, but this isn’t a game, its children’s lives which are at stake. Be it a site on Tor, the criminal would move to ‘Freenet or I2P’ to access deep or dark web and as such taking their THS material with them. I’m amazed that people are vehemently opposed to closing down all THS sites. Where are people’s integrity and ownership?

In differentiating the difference between Tor and THS, Tor does have a definite reason for their existence. Though THS has no rationale to exist, there is nothing positive about supporting its existence. Though the technological advance or desire to find, alternative avenues will always prevail in the continuum of life.

There will always be a requirement to appease the perverse, but to what extent? Sites on darknet will range from the inane or weird; we could tolerate this if we have to!!! In the bigger scheme of things, mankind is its own worst enemy.

I have found writing this article does have positive attributes. I’d never heard of THS or the nature of its content. It’s important that articles such as this get the maximum exposure, to educate the world. Pressure should be made on governments around the world to eradicate the likes of THS.

You know thinking about it, it’s a computer, system or network that’s at question here? The biggest risk is the user, and it’s the user that’s created Tor and THS. Change it all and it could become ABC or XYZ, it’s still the human that’s programming the computer.

We can thank the USA for instigating the whole process or would it have been a matter of time until someone figured it out?

This article has been painful to research, write or give due consideration. It’s made me shed tears and saddened me, but the drive has always been there to complete it. Could it be a figment of my imagination, if we united in a common cause, we could eradicate THS and its content!!!

I’m indebted to Max Vetter and Cyber Security Intelligence, for educating me and being the driver that I could share the word!!