We are here to tell people that unless and until they get themselves some sort of protection (like a VPN), they are likely to leave behind huge digital footprints behind them as soon as they launch that web browser of theirs.

The worst part is that, the majority of online websites that the user visits can and do track his/her activities and may even have enough data to recognize who a particular user is.

And no, this isn’t about that talk where we go on and on about how crazy various governments have become with regards to the scale of their data mining campaigns and operations.

The type of data collection that we are talking about here is the one that is currently totally legal.

This is above board online tracking that various online services and sites carry out as online consumers utilize the internet every single day.

The type of data that online services and sites collect include anything and everything from which links that the user is clicking on to whether or not the user is making use of a mobile device.

As our readers might have guessed by now, this is actually just the beginning of data collection.

Everything that the web browser reports on the user

It should not come as a surprise to anyone that the information leak essentially begins with the user’s web browser.

The web browser is the exact thing that reports all the various bits and pieces of all basic user data to all the sites that the user visits on a regular basis.

And it does that by default.

So as soon as a given online consumer actually connects to the online world, to take an example, the user starts reporting a unique IP address.

This is every user’s unique entry point to the infinite world of the internet.

Sites and services among other entities can use that information to approximate the actual location of the user.

This is the way websites can know whether the user is a Firefox user or a Chrome devotee.

Apart from that, the web browser also streams other information about the user’s computer system that the user is running it on.

That includes information such as the user’s mobile or desktop OS, the user’s GPU and CPU models along with display resolution.

Sometimes it can even broadcast information such as the current battery levels of the device that the user is on whether it be,

Users who want to see at least some of the data that we have talked about so far for themselves, they just need to open up the official WebKay website and then scroll down a bit.

The thing readers need to understand about this tool is that if the official Webkay site/tool has the ability to read and display any user information then so can all the other web pages available on the internet.

Websites also have the option of monitoring the user’s inputs a lot more closely.

In order to see just some of the online tracking that websites regularly involve themselves in, click here to go to Click.

This will report the user’s mouse clicks, and movements.

This page would also report all other web browser actions right back to the user who is initiating them.

Now, we would like to mention here that these are just nuggets of user data.

But these are enough to assist online services and sites to identify who the user is.

Some might think that it is no big deal if a given user’s web browser reveal information about the user such as the user running, for example, Microsoft Edge and accessing the web from a place that is located somewhere in the city of New York.

Perhaps they are right in the sense that websites can’t know much from the user’s web browser and location alone.

But the thing is, services and web pages can combine that information with lots of other points of data in order to pick the user out from a massive crowd. 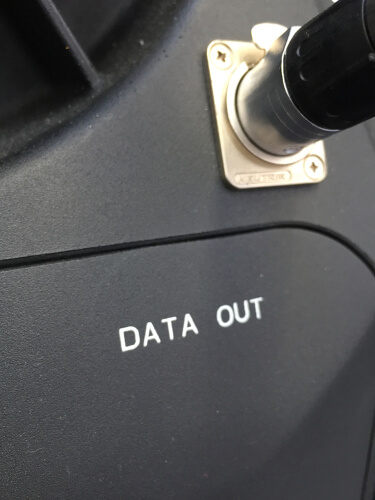 All that the user has to do is click here to open up the official Electronic Frontier Foundation Panopticlick test.

This tool will enable any user to learn a lot more about how his/her web browser can actually broadcast a rather unique digital fingerprint to the online world.

The fingerprint comes into existence with the help of a user-specific mix that consists of the user’s web browser software along with the default language, hardware and also the fonts that the user has installed.

This information is enough for most services and web pages to identify the user without needing any additional information.

Another thing readers should note here is that even if they have never ever typed up a single piece of personally identifiable information,  a given website still has the ability to make an accurate enough guess about whether or not the user is the same, or different, person who swung by the website last Tuesday.

It stands to reason that websites can use all such information to market the user some super relevant advertisement offers.

As mentioned before as well, the data that the user’s web browser reports to different websites and services is simply the beginning of the data collection.

Let’s talk about the next layer.

The second layer of data collection involves all that data which websites have the tools to gather on their own for their own business needs and requirements.

Readers probably do not need us to tell them that the majority of the sites that they come across on the internet are more than very keen to find out as much information about the user as is humanly/digitally possible.

And websites have their reasons for wanting to know so much about any given user.

They want to personalize and focus their services for the user.

Other times, they want to make sure that they only show those ads to the user that the user may have an interest in.

For that, websites need that.

Not only that, they also need help in order to log all of the data.

And this is where websites would usually drop a, what the community calls, cookie on the user’s computer system the very first time a user visits a given site.

Readers should think of these cookies as tiny little files which act as pointers or markers so that websites can identify individual users.

Pretty much like breadcrumbs in a forest, these cookies are able to tell any given site whether or not a given user has visited the site before.

Not only that, these cookies also contain other pieces of information on the user.

A cookie can even save the user the arduous task of going ahead and picking a specific city each and every time that he/she visits his/her favorite online weather service.

The only way a weather service can do that is if it has access to the cookie which tells the user the city the user picked the last time he/she came to the site.

Our research shows that a cookie has the ability to store different items that may be present in the given user’s shopping basket.

In this way, the items in the shopping cart are still waiting for the user when they come back to the e-commerce site days later.

As one can probably imagine with ease that cookies are very useful not just the for the website but also for users.
However, websites can sometimes make cookies go just a bit too far.
Sites can call on the help of cookies to add more and more jigsaw pieces to the overall puzzle of a given user’s personal profile.
We have already mentioned the fact how web browsers start the process of developing that puzzle related to the user by reporting some metrics to the sites that the user visits.
Furthermore, web browser security protocols essentially dictate to the sites that they can only make use of and access data that belongs to their own cookies.
Our thinking is that it is a reasonably fundamental safety measure.
However, users also have to give consideration to what the industry calls third-party cookies.
These are cookies which are not associated with a specific website.
However, these do tend to get injected across a multiple number of web pages via advertisement networks and various other online tracking technologies.
In simpler terms, these are the cookies that are responsible for showing the user advertisements related to gaming gear for a full week after the user may have opened up a gaming website a few number of times.
These are also the cookies against which Apple has launched a hard fight via the company’s very own web browser, Safari.
Of course, this has angered some advertisers.
Indeed, the fundamental reason why third-party cookies exist is that different entity wants to make use of the data that they contain in order to recognize who the user is on the web and then serve that user-targeted advertising.
Multiple entities now generate tons and tons of data from various website visits, web browser, cookies, and searches in order to put together their ideas and try to figure out the exact ads that the user may see and have an interest in.
Of course, there is the presence of some well-educated guesswork as well.
And that’s not all.
Princeton University recently came out with a study which found that various cross-site online trackers were actually embedded in a total of 482 sites of the top visited 50,000 sites in the online world.
All of these trackers were recording pretty much each and everything about the user’s web browser activity in order to further analyze the data produced by the tracking activity.
Ostensibly, all such recordings are for nothing but for the purpose of the given website’s optimization and management.
However, while it is true that supposedly the companies behind this collection of data redact sensitive information from them, but in the end, it just becomes another case where users have to put their full trust along with all their sensitive data into the invisible hands of various unknown third-party companies.
As it turns out, there is actually a new group of companies that are trying to add to the already huge pile of user data.
And that group is made up of internet service providers.
Internet service providers now have the opportunity to make a ton of money on their own by simply selling their customers’ web browsing history. 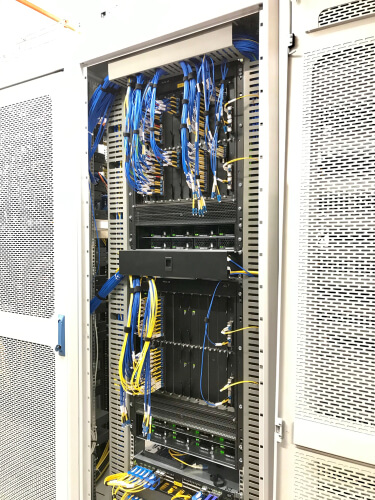 At its core, data collection is not really malicious.
Websites and services require data in order to make their offering more useful.
They also need it to sell users advertisements which keep them afloat.
With that said, we would like users to have more consciousness about what they give up and, more importantly, to whom they give up.
Of course, you can make all of this go away to some extent with a VPN service.

Zohair A.
Zohair is currently a content crafter at Security Gladiators and has been involved in the technology industry for more than a decade. He is an engineer by training and, naturally, likes to help people solve their tech related problems. When he is not writing, he can usually be found practicing his free-kicks in the ground beside his house.
Home How Tos Here is the data that websites collect from you (The complete edition)
Leave a Comment Cancel reply