Skip to content
Home How Tos Cyber Security Don’t allow yourself to be spied on, take charge of your privacy 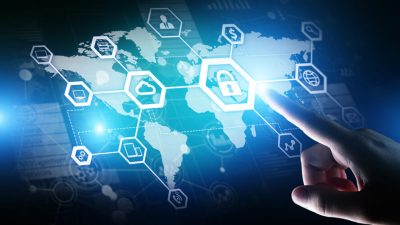 There are millions of surveillance equipment pieces in the world today. In the UK alone, there are over 6.1million surveillance cameras. Now, there is chance that you are being spied on. In fact, it is highly likely that as you read this someone or a program is monitoring you. The world as it is today is a den of surveillance and reality is that we will always be watched.

So who is watching you?

The government for one is spying in citizens, under the popular guise of protecting national security. The government has the resources as well as the capacity to legislate in the favor of watching you.

Businesses are watching you too. The CCTVs at the mall are not only tools for ensuring security, they are also tools for collecting shopping patterns. The mall wants to know what brands are moving and how the customer behaves when he or she is offered different options at the shopping facility.

Your spouse might be watching too. Perhaps he or she has noticed some behavior that is suspicious. She or he then fills your house for example with hidden cameras and other devices such as spy SUB drives.

Your parents might be watching you too. They might try to justify it as protecting you but sometimes it goes much further. The same goes for your boss.

So how can you detect their activities?

If you for example start hearing a buzz in your house that wasn’t there then that might be the hum of a motion camera turning. Strange LED lights can also indicate the presence of a camera. Strange wiring in your car or magnetic attachments under your cars are also indicative of tracking devices. Battery drain on your phone or an unexplained rise in the data usage or unexplained charges in your phone bill is indicative of an unwanted app in your phone.

While there is nothing you can do about the CCCTV in the street or the Google algorithm studying your session cookies, there are things you can do about more brazen attempts at spying on you. You can for example use bug detectors (just Google and you’ll find good suggestions there) to try and sniff out hidden microphones and cameras. There are solid security solutions out there for people who do not want to be spied on, on mobile and same goes for other devices.

Top/Featured Image: By EFF-Graphics (Own work) [CC BY 3.0], via Wikimedia Commons

1 thought on “Don’t allow yourself to be spied on, take charge of your privacy”