The US cybersecurity company based in California, CrowdStrike has raised $100M in an investing round that has been led by none other but the search engine giant, Google. Great to see! 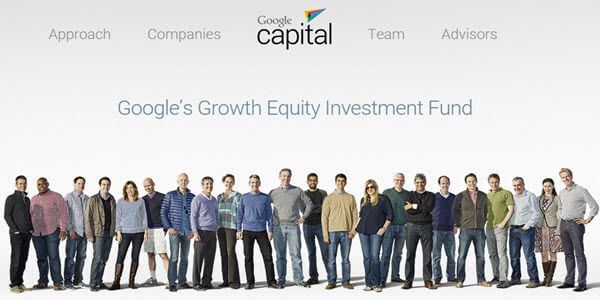 The search engine giant led the $100M investment in the cybersecurity firm CrowdStrike, which is commonly known for its cyber finding and reports finding hackers in Russia, Iran and China. Many firms have employed CrowdStrike to identify and remove critical attacks.

As reported by WSJ, CrowdStrike has elevated $156M in venture, and hasn’t show its profitability and revenue. A customer of the CrowdStrike, named Rackspace, also took part in the venture funding.

Rackspace’s Chief security officer, Brian Kelly said, “Rackspace was an early adopter of the CrowdStrike Falcon platform and we have seen first-hand the decisive advantage that CrowdStrike offers to proactively detect and prevent sophisticated attacks. Unlike other endpoint security tools, CrowdStrike’s scalable cloud-based architecture provides unrivaled visibility and enables significantly faster response time to cyber threats. CrowdStrike also will be a key component of an upcoming line of security offerings being launched at Rackspace this year.”

CrowdStrike cofounder, George Kurtz, wrote in his article, “$100 million is a lot of coin.” The firm plans to build its platform, hiring spree, and expand their business in Asia, Middle East and Europe.

On the other hand, Google’s Gene Frantz, highlighted Giant’s skills in shielding IT assets, “Security is of foremost interest to Google. We identified what we think will be a very large and very important security company in the world.”

Frantz said, there are 3 major factors that we are investing in CrowdStrike. Firstly, he supposes firm’s actual addressable market place in very large. Secondly, the CrowdStrike’s cloud architecture allows it an advantage in deploying and scaling its flagship item, for example CrowdStrike Falcon, which is an end-point sensor for new generations, to companies around the world. And the last one, the company is led by a team of top class managers.

In a press release the co-founder of CrowdStrike, George Kurtz said, “It’s extremely gratifying to bring in a high-caliber investor like Google Capital which shares our passion for innovation and sees the opportunity to completely transform the security industry.”

The search engine giant is also planning to aid Carnegie Mellon University located in Pittsburgh for more advance research on the IoT (Internet of Things) via a $.5M grant. The grant will go towards building a “living lab” which will trial the creation of an associated society, as reported by Pittsburgh Post-Gazette.