Skip to content
Home Internet Security News Know hacker-proof quantum network? The US is getting one finally.

Everyone knows that the fiber-optic cables which have the responsibility of carrying data across the whole of the internet are pretty vulnerable.

This is what two United States of America initiatives have aimed to fix.

By creating quantum transmissions which are super secure.

A couple of years ago (probably five years) a contractor who worked for the US NSA (National Security Agency) leaked classified documents.

These documents showed the world all the ways in which the United States intelligence agencies had spied on people’s data.

The contractor’s name was Snowden.

And he now lives in Russia.

Revelations that intelligence agency spies had actually managed to tap into various fiber-optic cables in order to monitor the tons and tons of information that flows through them.

The Snowden revelations, now, have managed to spur renewed efforts to tap into quantum science and its almost mystical properties.

Security experts now want to make hacks such as the ones which the NSA employed impossible.

However, the situation has changed in the sense that now, the community is clearly seeing signs of noticeable progress.

Quantum Xchange, a startup, has now claimed that it has managed to strike a deal which allows it to access a total of 805 kilometers or 500 miles of fiber-optic cable which is running along the United States of America’s east coast.

This would allow the startup to lay claim to setting up the nation’s first-ever QKD, or Quantum Key Distribution, network.

Moreover, a couple of weeks ago, the Fermi National Accelerator Laboratory, Argonne National Laboratory and the University of Chicago announced an official joint venture.

What would the joint venture do?

It would spend resources to create a fresh test bed for a new approach to secure various data communications with the use of quantum teleportation.

But how does the Quantum Key Distribution network work?

Well, the QKD approach that Quantum Xchange has started to work with starts of by sending a specific message encoded in classical bits.

However, the keys which are used to decode the encoded message are only sent in the form of qubits, or quantum bits.

But what are quantum bits?

These are, generally speaking, photons.

They are able to travel fairly easily along current fiber-optic cables.

So what’s so special about this new approach?

Well, the beauty of such an approach is that any kind of attempt to actually snoop on a given quantum bit annihilates the qubits’ delicate quantum state.

Thus, snooping wipes out all the information that the quantum bit is carrying. 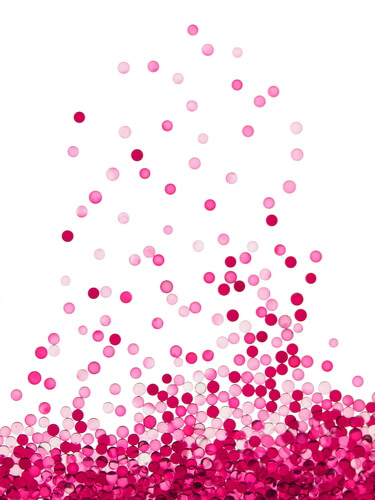 Furthermore, after the qubits’ information is gone because of the lack of quantum state stability, it also leaves a pretty much telltale sign of someone causing an intrusion.

And who would it benefit?

In the beginning, it would bring a lot of benefit to the banks and other such businesses who have to shop important information between their data centers, offices in Manhattan and other important locations which are outside the main city.

However, the thing about sending various quantum keys over huge distances means that the network would require the services of trusted nodes.

What are these trusted nodes?

Readers should think of them as repeaters which have the ability to boost signals even in a standard data cable.

The startup that we talked about earlier, Quantum Xchange, claims that the company would have a total of 13 trusted nodes of the kind that it needs, in its full network.

If that is clear then some of our readers might also wonder:

What happens at these nodes?

Well, when qubits reach these nodes, the keys that they hold go through the decryption process into classical bits.

After that, they are returned to that same delicate quantum state in order to further their journey to their final destination via data transmission.

Theoretically speaking, the hacker could have enough wits to steal these keys while the nodes are actually decrypting them into classical bits (during the process, it is true that these bits are briefly vulnerable).

This is where developers would make use of Quantum teleportation to eliminate the risk of hacking.

Quantum teleportation, in turn, would allow developers to exploit a phenomenon in quantum science which is known as quantum entanglement.

Again, these are typically simple photons.

More specifically though, Quantum Entanglement creates a pair of qubits in one, single quantum state.

In simpler terms, any change in one photon would immediately influence the state of the other photon which is linked to that particular photon.

And such exploitation of the quantum entanglement concept would work even if both photons are far away from each other.

Theoretically speaking, any kind of data transmission which is based on the quantum entanglement phenomenon is pretty much unhackable.

Because a slightly tampering with any one of the qubits would destroy the pair’s quantum state.

However, most of this is theoretical in nature in the sense thaset making such a network work in the real world involves challenges which are immense.

That is the reason why this quantum entanglement approach is still pretty much confined to specialized science labs.

According to a professor at the University of Chicago, David Awschalom, the act of sending a photon into a given piece of fiber did not present researchers and developers with a big problem.

However, first creating quantum entanglement and then sustaining it is something that researchers, so far, have found very challenging.

This is especially true when we’re talking about data transmission over long-distance cable networks.

Currently, Awschalom is heading an initiative which involves various national laboratories and universities to work together on these issues.

According to Awschalom, the aim of the initiative was to have a test bed successfully enable a plug-and-play approach which would allow researchers to evaluate various other techniques for quantum entangling and the process of sending out quantum bits.

Various members of the Chicago Quantum Exchange would operate the test bed which would make use of a 30-mile stretch of pure fiber-optic cable that would run between all the labs involved.

It is hoped that the test bed would bring together around 70 different engineers and scientists from the three above-mentioned institutions.

Zohair A.
Zohair is currently a content crafter at Security Gladiators and has been involved in the technology industry for more than a decade. He is an engineer by training and, naturally, likes to help people solve their tech related problems. When he is not writing, he can usually be found practicing his free-kicks in the ground beside his house.
Home Internet Security News Know hacker-proof quantum network? The US is getting one finally.
Leave a Comment Cancel reply