US president Barrack Obama, who is currently on tour in Africa and visiting Ethiopia for the first time this weekend, is being faced with the pressure of discussing human rights issues as a result of a pending lawsuit back home that is contesting whether the African country can spy on an American by converting his computer into a giant recording device. 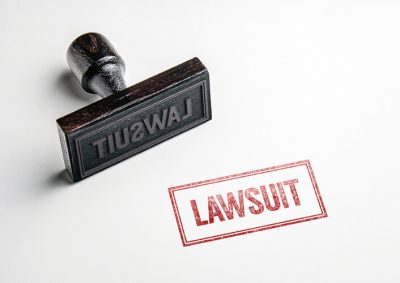 The federal case declared that agents of the Ethiopian government monitored a Maryland man’s Skype calls and his family’s internet activities for months. The man in question, who is not wanted for any crime, was born in Ethiopia but presently a US citizen and only aids a political opposition group that has been outlawed in his country of birth.

Prominently, the illegal intrusion was looked into after the software left behind some vestiges, pointing to a larger pattern; the use of commercial hacking software by foreign governments, most times with no regards to human rights, to remotely keep track of the activities of their adversaries.

Last week, Josh Earnest, the White House Secretary said that the U.S. “regularly conveyed to Ethiopia’s leadership our concerns in such areas as press freedom, transparency, space for civil society and the political opposition.”

Many organizations including the Human Rights Watch, have urged Obama to put the “pressing human rights concerns” in visits to Ethiopia and Kenya “at the forefront of your discussions.”

The country (Ethiopia) contacted two separate companies in its bid to acquire the hacking software and there are emails and court records already established as evidence. The legality of such technology in foreign countries – coupled with a federal pending case in regards to the continuity of the Maryland man’s lawsuit- could spring up foreign-policy implications for governments throughout the world.

This administration in the past has had its hands full with foreign countries hacking into American computers and compromising confidential information. Last year, five Chinese military hackers were sentenced to five years in prison by the US Justice Department for breaching some top corporations’ systems and stealing business secrets.

The complainant’s lawyers have posited that a software referred to as FinsSpy, was used to make secret audio recordings of his Skype calls, extracted some of his emails and even web searches his son did for school assignments. In court, the complainant is being referred to as Kidane, in order to protect him from retaliation attacks.

A staff attorney with the San Francisco-based Electronic Frontier Foundation, Nate Cardozo said “Just because governments around the world engage in spying, doesn’t make it legal,” he went on to say that “And when spies get caught, there are consequences.”

A Washington federal judge this month asked if the US government wanted to be involved in the case, but the Ethiopian government wants the matter dead and buried, saying that governments possess the immunity to conduct activities of such nature. The Electronic Frontier Foundation (EFF), is angling for a continued process, because according to them, the case is important for showing that wiretapping without a warrant is completely illegal and can result to a lawsuit in America, regardless of the perpetrator.

Investigators, spies, and foreign adversaries mostly used the hacking software. For example, back in 2007, the FBI sent a fake press story to a 15-year-old suspect in Washington that was accused of making bomb threats; the software was included in the fake press story that revealed his precise location.

Human rights advocates are disillusioned regarding the fact that tyrannical governments are been allowed access to the use of such technology. Ethiopia has been ranked as one of the worse countries for press freedom by the non-profit body, The Freedom House. It also says Ethiopia’s 2009 anti-terrorism law has been widely targeted against journalists.

The lawyer representing the Ethiopian government redirected the AP’s questions concerning the case to the country’s Embassy in Washington. Last week, an embassy representative said he lacks information and refused to give out the contacts of those inside the government.

Kidane would not have taken the matter to court if FinSpy had worked behind the scene quietly.  But fragments of remnant data and instructions on the how to connect the program to Kidane’s computer server, were discovered during an investigation by forensic experts.

The once non-partisan and apolitical Kidane only got himself involved in politics by providing administrative and technical support to a group called Ginbot 7, that came to being after an opposition leader was exiled from his home country, Ethiopia. The country refers to the group as a terrorist organization, but Human rights Watch continues to speculate that Ethiopia uses draconian laws to pull down critics and activists.

Gamma Group, the company that originally developed the FinSpy spying software before starting off a new company called FinFisher, revealed that it only does business with governments. However, in 2014, Hackers said they successfully breached Gamma’s security and circulated its files, pretty much suggesting that it sold the software to non-government bodies.

Reporters without Borders, at a time, listed Gamma as one of its five “corporate enemies of the Internet.”  Since Thursday, emails have been sent to Gamma and its spin-off in regards to the issue, but no reply has been received.

According to some compromised and leaked emails that were posted online earlier this month, the Ethiopian government also paid nothing less than $300,000 (at least) to an Italian Hacking Team for related software used some against unspecified targets.

Also, Citizen Lab revealed that the hackers that attacked an Ethiopian Satellite Television’s American employee 2 years ago recently launched a new round of attacks with the aid of more sophisticated espionage software. Ethiopian officials strongly refuted the claims.

When the report came out, the company officials became nervous and the operations manager of the Hacking Team, Daniele Milan said:

Their reckless and clumsy usage of our solution caused us enough damage.

But that was not the end of the road for both parties, further emails show, amid one proposal that would have limited their contract to a year for “evaluating their behavior.” Those emails were among the 1 million leaked in early July, throwing more light on the Hacking Team’s activities that includes; working with tyrannical governments in the Middle East and pitching its software to U.S police departments.

Must Read: Tool to detect and delete HackingTeam spyware

The Hacking Team’s spokesman released a stated that stated that the company sold software to Russia, Sudan, South Korea and other. The company further stated that those sales were “strictly within the law and regulation as it applied at the time any sale was made.

Ali Qamar
Ali is an Internet security research enthusiast who enjoys "deep" research to dig out modern discoveries in the security industry. To be frank and honest, Ali started working online as a freelancer and still shares the knowledge for a living. He is passionate about sharing the knowledge with people, and always try to give only the best.
Home Internet Security News Lawsuit uncovers the severity of ethiopian hacking amid Obama’s Africa tour
Leave a Comment Cancel reply