Researchers and engineers have tried optical chips in the past as well.

However, with the rise of artificial intelligence techniques such as deep learning, now they may have an opportunity to actually succeed in places where all others before have failed.

The seaport district in Boston has a very special laboratory nearby.

It is small in size.

But from the inside, the laboratory is buried in a massive jumble of,

And yes, there is also a huge tangle of wiring.

However, the most critical part of the laboratory is a tiny little chip.

Some researchers believe that this tiny chip may actually make a huge impact on the artificial intelligence world.

It is a startup which has busied itself in developing a somewhat radically new type of accelerator chip for artificial intelligence.

So instead of making use of electrons to actually do the work of carrying out each and every core mathematical computation required for techniques such as machine learning, Lightelligence has come up with a prototype device that makes use of light.

It is no secret that raw and un-restricted computer power makes a sizeable difference in artificial intelligence techniques such as machine learning. 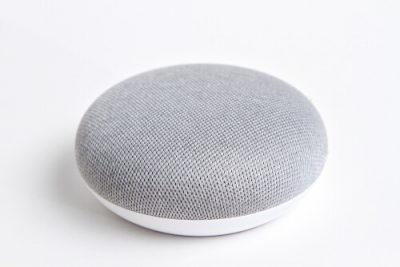 And a chip that is able to work a hundred times faster than the fastest chips today could mean that researchers might find success in developing vastly more robust, capable and powerful algorithms.

However, when we are talking about the practical side of things, the situation changes.

Readers should understand that the actual speed of the optical chip would, in large part, depend on the rate at which it is able to interact with all the conventional components.

One particular conventional component that is very important here is the computer’s memory.

This is where Lightelligence needs to come in and write artificial intelligence algorithms that have the ability to wring as great an amount of speed as possible out of the setup.

It loosely takes its inspiration from the way the human brains are wired.

More importantly though, deep learning techniques have actually taken the technology industry the world over by storm.

And it has only happened in recent years even though the technique has been around for decades.

Regardless, deep learning has proven itself as an incredibly powerful method for training all sorts of machines to carry out valuable and productive tasks such as translating text and labeling images.

Technology companies meanwhile, have stepped up their game and are going full steam ahead to deploy deep learning methods in as many applications as possible and in the most useful of ways.

The rise of machine learning approaches such as deep learning has already managed to spark a reasonably sized boom in the overall commercial activity that is surrounding new chip designed which are optimized for only the most critical of mathematical calculations which are involved in a given process.

However, now deep learning is actually inspiring fundamentally unique approaches to tasks such as computing as well.

Yichen Shen is the CEO of Lightelligence and he recently told reporters some of the key advantages that Light offers to the field of artificial intelligence.

Shen explained that photons were significantly faster than electrons.

Not only that, the movement of photons over a given chip’s circuitry would never overheat it.

However, Shen admits that computing with light presented his startup with a lot of challenges.

All the previous serious efforts to develop and build an optical computer chip have, more or less, failed.

And they failed because it was very difficult to emulate a given transistor optically. 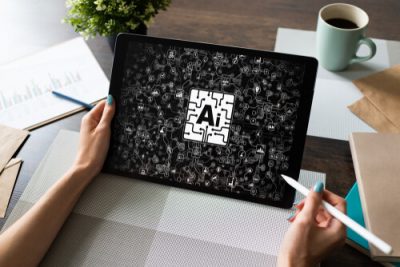 Another reason for their failure was the fact that light behaved more or less in unpredictable ways.

However, in this new era of deep learning, the equation is slowly starting to change.

These calculations are extremely central to machine learning approaches such as deep learning.

There is also the fact that inherently, neural networks are linear.

And optical devices have no problems in excelling at linear computations.

Shen also mentioned that recently he along with his Lightelligence colleagues sent their finalized, and first, chip design to a particular manufacturer.

He also said that his team expected the manufacturer to send the first chips back to them in just a matter of few weeks.

Furthermore, he said, his team at Lightelligence had a very interesting and unique opportunity to test the optical chips idea out.

As mentioned before, researchers in other fields are busy exploring different kinds of unique opportunities in optics and materials.

Just a couple of months back, a team of various different researchers working at UCLA managed to develop a completely new deep learning device.

They created the device with the help of 3D printing different refractive polymers.

Science, a reputed science journal, published the details regarding the UCLA team’s new device which it dubbed as D2NN or Diffractive deep neural network.

A professor at the UCLA, Aydogan Ozcan who also led the work said that it was actually the non-intuitive aspect of machine learning approaches such as deep learning which changed the way how researchers looked at optoelectronic and physical design.

And some of that was helping researchers to understand and find new ways to do computing.

Ozcan also mentioned that a portion of that was also leading to researchers designing components and systems which operated a bit differently from the older traditional systems.

It is also true that commercializing such a technology would also prove more practical than ever before.

And that interest was growing thanks to all the progress that had taken place in the manufacture and design of all such devices that were used for networking.

The other thing about optical chips is that they are cheap and relatively easy to make.

This essentially lowers the barrier that startups have to go over for entry.

However, Lightelligence still has a lot of big challenges to face and possibly solve.

A veteran of the AI chip industry and also the CEO of OURS Technology, another chip startup, Zhangxi Tan, recently said that even if the new chips worked pretty much as promised, it could actually prove very difficult for manufacturers to create it at scale.

Zhangxi also said that manufacturers would find it a challenge just to package and test a fundamentally new chip design.

The other problem that no one seems to have solved is that of decent software design tools.

At the time of writing this report, none existed for optical devices.

Tan also believes that light presented a very elegant solution to a big problem on paper.

Nevertheless, all the efforts in this field are moving and moving quickly.

Zohair A.
Zohair is currently a content crafter at Security Gladiators and has been involved in the technology industry for more than a decade. He is an engineer by training and, naturally, likes to help people solve their tech related problems. When he is not writing, he can usually be found practicing his free-kicks in the ground beside his house.
Home Internet Security News Light Will Power Next-Generation AI Algorithms
Leave a Comment Cancel reply