There is a huge possibility now that a new non-profit TV app could upend various TV networks in terms of hurting their revenue streams dramatically by providing consumers with the exact same broadcast TV for free so that customers are able to get all the content that they would get from one of that rabbit ears antenna, but (this time) delivered completely online.

About two weeks ago, the non-profit by the name of Locast.org began to stream content from sources such as ABC, NBC, Fox, CBS, and others discreetly via Roku players in cities such as,

Locast.org, the organization, has also engaged itself in streaming TV content via its official Android app.

In fact, the organization started to offer streams via its Android application since January of this year.

Of course, Locast.org is not the first non-profit that has tried to stream broadcast TV online.

Many have tried it before Locast.org.

And in spectacular fashion.

Just 24 months after the company began its operations, the likes of,

all combined their resources to sue the company straight into bankruptcy.

These channels sued Aereo for not properly playing retransmission fees.

What is this retransmission fee?

Well, it is the fee that various different networks benefit from when distributors want to use their premium content.

However, the latest company to try this, Locast, is going about its business a bit differently.

In other words, Locast has a real ace up its sleeve that it thinks other companies before it (such as Aereo) did not have.

That card is actually provided by the official United States Copyright Act of 1976.

How does it apply to a company like Locast?

It is actually Locast.org. 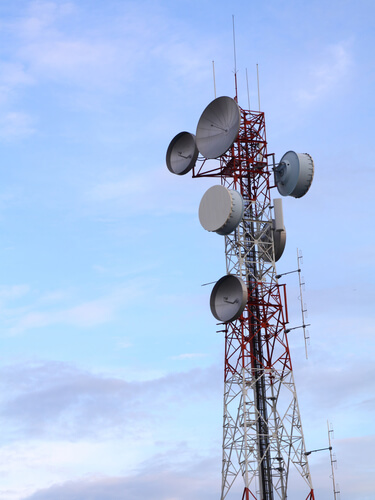 And that means, it qualifies for the status of being a non-profit.

It also means that, legally speaking, it is completely legal for Locast to re-broadcast TV channels for free.

It is like that because Locast.org is presenting itself as a public service as it provides customers with an extended signal reach.

In fact, already there are many places that have week signals and various organizations including some community groups relay those signals as broadcast relay stations and/or broadcast translators.

As mentioned just now, Locast has done a decent job of styling itself as a rather modern version of those stations and translators.

It also wants the media to think of it as a public service rather than anything else.

In a recent note, Rich Greenfield of BTIG wrote that Locast represented a non-profit organization that had begun to perform the exact same service as any other over-the-air broadcast translator.

Rich Greenfield also mentioned that Locast was simply acting as a digital translator working with the 1976 copyright Act which was silent on which technologies one could use in order to operate as a broadcast translator.

Locast could have potentially huge implications for the broadcast industry

There is little doubt about the fact that re-transmission fees can potentially make up a good chunk of revenue for any given TV network.

That holds true especially for a TV network like SBS.

The thing is, unlike some of the other TV networks, CBS is, to a good extent, less diversified than, say, ABC (which Disney owns) and NBS (which Comcast owns).

When one looks at this situation, it becomes easier to understand that CBS essentially pays itself in pretty much the same way as Xfinity/Comcast would pay NBC for any kind or retransmission.

On that note, perhaps it is also better for the reader to know that Fox is also owned by 21st Century Fox.

Back in the year 2016, on CBS investor day, the company made the announcement that it expected to generate around $1 billion from all its retransmission fees by the time the end of 2016 came around.

That $1 billion mark would have made about 8 percent of all revenue.

Not only that, but the company also referred to all such retransmission fees as its pillar of growth plan.

The current CEO Joseph R.Ianniello, on the company’s recent second-quarter earnings call, said that the current year would be over, for the company, at around $1.6 billion.

He also said that the company was well on its way to the aimed $2.5 billion mark.

Of course, he was referring to all the re-transmission fees that the company would receive for the year.

According to most media reports, the figure of retransmission fees was likely to reach around 11 percent of all revenue generated by the company in 2018 (the figure is based on a Wall Street estimate).

In an email interview, Greenfield of BTIG told Yahoo Finance that Locast represented a bad news as far as the retransmission fees revenue was concerned.

However, he also admitted that there was no clear and legal path to attack Locast.

At the time of writing, Locast had told Yahoo Finance that the ‘public service’ had anticipated legal cations from different entities when it launched.

However, now that the company had expanded and launched on even more platforms, it had not received any legal notices yet.

When reporters approached CBS for a comment, it declined to record a response. 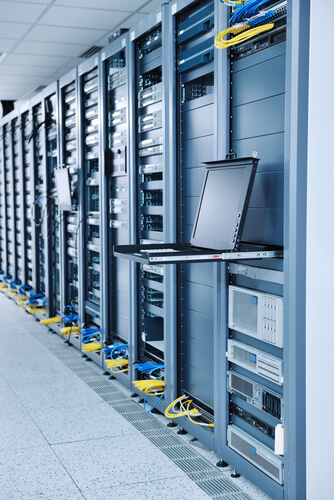 Moreover, at the time of the publication of the report, the likes of Disney, 21st Century Fox, and Comcast did not come out with a response either.

On the other hand, Greenfield also said that Locast’s existence would actually help TV networks to boost their viewership.

However, since TV networks heavily depended on retransmission fees revenue in order to survive, Locategy was a considerable threat.

Moreover, he also mentioned that TV networks could not proactively address problems such as Locategy because they had themselves launched their very own exclusive online free network TV series.

To put it in simpler terms, retransmission revenue had simply become too important for growth.

Now, the addition of streaming devices such as Roku had the potential of throwing even more fuel on the fire.

Some believe that devices such as Roku and others could also help young services such a Locast.org gather more momentum.

Greenfield also mentioned that more and more devices make the whole situation a lot more compelling especially devices that have a TV connection.

Back in the year 2014, when a special consortium of broadcasters managed to beat Aereo, CBS’ official stock managed to jump around 5.9 percent.

That is usually a good indication of the market’s view.

One media analyst commented on the situation by saying that Aereo represented a significant black cloud which had hung over the company’s head while it managed to exist.

In fact, CBS actually considered the Aereo threat so significant that Les Moonves, the company’s then-CEO, threatened that the company would cut off all broadcast signal if the Supreme Court ruled in favor of Aereo.

He mentioned at the time that if the United States government wanted to give Aereo the permission to steal the company signal, then his company would come up with another way to get customers consuming their content and still getting paid for that content.

How far can Locast go

The thing about Locast is that it does indeed need money in order to survive.

Activities that involve a company serving a potentially huge audience and that too at scale definitely requires a ton of investment in technology and other areas.

BTIG is of the opinion that it would cost Locast around $40,000 to serve a million people watching content on Locast for just an hour.

In order to assist defray the total costs, Locast accepts donations and even solicits for one after the user has watched an hour worth of content.

As it turns out, so far the average consumer of the Locast service watches about an hour worth of content each day via devices such as Roku.

At this moment in time, Locast only streams content to a small portion of the total population living in specific cities.

Locast also verifies eligible users by their geolocation and then certifies their own identities and locations.

According to Greenfield, such an approach could mean that Locast could potentially use data as a revenue source if Locast is able to develop a plan to sell that data to networks.

If Locast if able to remain as a non-profit company then it would have to invest all the money it generates back into the Locast organization.

Zohair is currently a content crafter at Security Gladiators and has been involved in the technology industry for more than a decade. He is an engineer by training and, naturally, likes to help people solve their tech related problems. When he is not writing, he can usually be found practicing his free-kicks in the ground beside his house.
Home roku The FCC Loophole Through Which A Free TV App Could Disrupt Networks