Various Windows insiders had reported the bug but it seems like Microsoft did not do anything to address those security concerns.

Earlier last week, Microsoft began the process of distributing the official October 2018 update of Windows 10 (more specifically, version 1809) to all Windows users who had taken the option of manually checking for Windows updates.

However, Microsoft has now decided to halt the whole rollout after finding out that many reports had revealed that after installing the latest round of updates, users experienced serious data losses.

More specifically, the latest update of Windows 10 deleted the user’s Documents folder along with Pictures folder.

The company has now advised everyone who went through with downloading the official Windows 10 update but did not manage to install it, to simply not install the new update at all.

With that said, it is also true that the exact circumstances that have caused the massive data loss for Windows users aren’t really clear.

There are only a handful of relevant reports on various Reddit and Microsoft forums.

And the problem is that both sets of reports have no obvious commonalities.

Some users have reported having seen only one machine getting affected, because of the bug in the latest update, among many other machines when upgraded.

It stands to reason that the community and all others involved will have to carry out some form of investigation before Microsoft, or anyone else, has enough to go on and develop a fix for the update problem.

Of course, any solution now would be actually too late for any Windows user who suffered the data losses.

With that said, affected users can always turn to undelete/recovery tools which might help them salvage a portion of their deleted files.

There is little debate that the only reliable and best way of recovering files after a serious data loss is to simply restore them from a previous backup.

Any data-loss update bug is bad.

But there are a variety of reasons why many consider data-loss bugs as the worst kind of bugs that a company like Microsoft could actually ship.

This is especially true for home users who rarely go through the pain of backing up their data.

However, data loss bugs are even worse than any given security flaw.

The reason why many people believe that is, data-loss bugs do the job of destroying people’s online livelihoods without them ever suspecting it.

There is no need for hackers or any type of malware to come in and destroy one’s data when a ‘reputable’ operating system is ready to do it for the user. 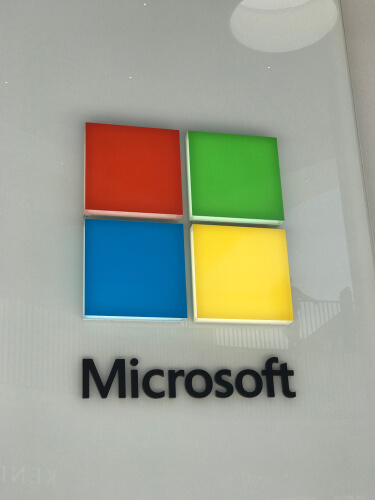 Regardless, the latest Microsoft data-loss bug will surely raise new questions and doubts about Microsoft and its testing practices along with the pace at which it delivers updates and the fact that the company is too dependent on the Windows Insider Program to actually discover and then report all related problems present in the operating system.

One other thing that makes this particular Microsoft data loss bug, even more, worse than before is that this time around it seems that the Insider Program did report the data loss but to Microsoft.

Several number of reports in the company’s Feedback Hub (the company’s official bug reporting tool for its Windows 10 operating system) complained of bug that caused a lot of data deletion right after installing the preview releases of the system.

The other interesting bit is that, none of the reports about these data loss bugs appeared to have garnered many upvotes.

So, pretty much like all the recent Microsoft data loss bug, the old ones also make it fairly hard for the company to actually pin down the main/root cause of the problem.

However, it should become obvious to anyone that at the very least the new update had something wrong with it.

Moreover, it should not have taken too many brains to figure out that something important had been affected by the bug and that it merited an investigation after which the problem should have been addressed.

The data loss problem is further compounded by the fact that the company’s version 1809 already had quite a few unusual things going for it.

In other words, for some unknown reasons, Microsoft thought it was best to not release this data loss bug update to the already present Release Preview ring.

Because of that, the most common and realistic installation situations such as a Windows user updating from Windows 10 version 1803 to 1809, did not manage to receive a sufficient level of care and testing.

Zohair A.
Zohair is currently a content crafter at Security Gladiators and has been involved in the technology industry for more than a decade. He is an engineer by training and, naturally, likes to help people solve their tech related problems. When he is not writing, he can usually be found practicing his free-kicks in the ground beside his house.
Home Internet Security News Microsoft Suspends Windows 10 Update Because of Data-deletion Bug.
Leave a Comment Cancel reply