Skip to content
Home Internet Security News Microsoft still has not released Windows 10 October update and October is out.

The latest update for the Windows 10 platform is supposed to address issues related with extracting files from various different ZIP archives.

Recent media reports suggest that Microsoft has not finished bringing more changes and fixes to its latest Microsoft 10 build 17763.

This is the build that the company has blessed as the official Windows 10 October 2018 Update.

It turns out, the company initially published the update way back on the second Tuesday of the current month.

However within a few short days, the company had little choice but to pull the official update because of a bug which, according to Microsoft, could have caused massive data loss for its users.

Media outlets also reported that the bug which stopped Microsoft from going ahead with releasing the update had been reported to the company several times during the official preview period.

However, for one reason or another, the company had actually ignored and/or overlooked all the feedback which described the problem in detail.

After a while, Microsoft fixed the data-loss-causing bug and then sent the latest fixed build to all Windows Insiders for them to test it.

A couple of days ago, the fixes which the company published included various fixes for another problem that the Insiders community widely reported only to see the company apparently ignoring it again.

However, that did not stop the bug from affecting Windows Insider users whenever they wanted to drag files from various .ZIP archives in the Windows Explorer feature.

Regular users of the Windows operating system would already know that if they have a file within a given archive file and it has the same exact name as another file which exists in the same destination directory, then the job of Windows Explorer is to pop-up a prompt for the user and ask the user whether to rename the new file or overwrite the file that already exists in the destination directory. 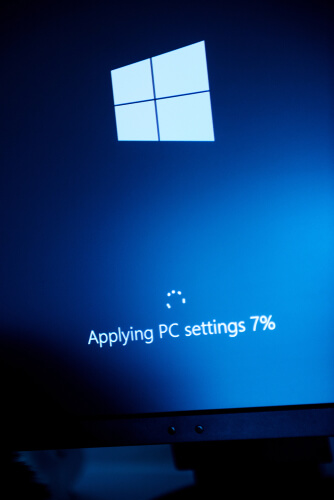 For one reason or another, the Windows 10 build 17763 had abandoned the job of asking users the above-mentioned question.

Instead of doing that it had started to skip the extraction of that same file which had the conflicting name with another file in the destination directory.

In any case, Microsoft moved ahead and pushed the patches out to the Windows Release Preview and Insider Slow rings.

Now, October is about to end (for some it may even have ended already) and it is highly unlikely that Microsoft is actually going to ship the October 2018 in October 2018.

That is, according to some, an unfortunate state of affairs for Microsoft.

More specifically, for a software release that the company thought it had managed to finalize around mid-September.

Perhaps that is the reason many still continue to believe that the problems Microsoft is having with its Windows 10 update system and the whole Windows development process indicate that something is very wrong.

Or, at least, flawed.

Some have pointed out inadequate testing both manual and automated along with the company’s general attitude of forcing developers to add the new code now and fix all the bugs later as the primary reasons why these problems refuse to go away.

It also means that each time Microsoft releases a feature update, the code quality of the overall operating system takes a perceptible hit.

In fact, sometimes months can pass before the company is able to get the code back up to where it thinks it should be.

As a result of this quagmire, it is the Windows users who get caught right in the middle of it.

Zohair
Zohair is currently a content crafter at Security Gladiators and has been involved in the technology industry for more than a decade. He is an engineer by training and, naturally, likes to help people solve their tech related problems. When he is not writing, he can usually be found practicing his free-kicks in the ground beside his house.
Home Internet Security News Microsoft still has not released Windows 10 October update and October is out.
Leave a Comment Cancel reply