Skip to content
Security Gladiators VPN Mozilla VPN – Can the Newcomer on the Block Compete?

Mozilla, the organization behind the popular Firefox web browser, launched its first commercially available VPN product back in July. The Virtual Private Network service will be available in the United Kingdom, the United States, Canada, Malaysia, Singapore and New Zealand.

A Mozilla VPN subscription, priced at $4.99 per month, allows users to connect up to five simultaneous devices under one account.

The service currently only supports the Android, iOS and Windows platforms, but this will likely change in the coming months based on the reception it gets from the VPN community. 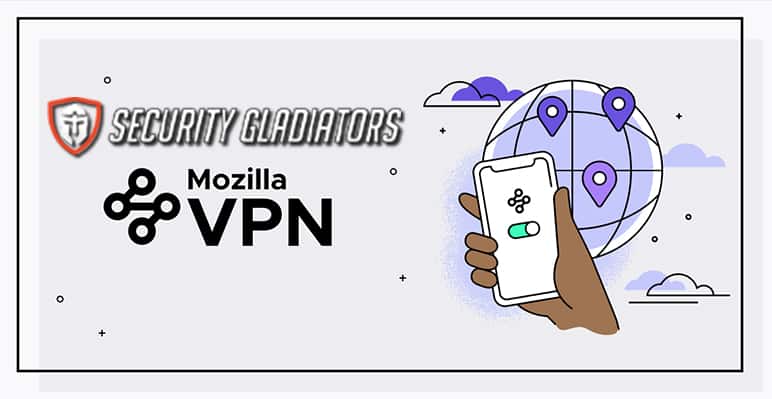 The Mozilla VPN website mentions that developers are working on dedicated clients for Linux and Mac devices.

About a year ago, the preview version of Mozilla’s first-ever VPN service was originally dubbed Firefox Private Network. It came in the form of a browser extension and only users living in the U.S. could test it out. 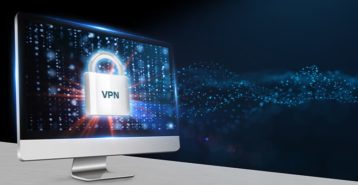 Some media outlets have mentioned that Mozilla’s new VPN service may signal the start of a new project with revenue-generating products such as online storage tools. Currently, most of the revenue that Mozilla can generate comes through prioritizing specific search engines on its Firefox web browser ahead of others. Google pays Mozilla a fee to be the default search engine within the browser.

At this point, though, it remains unclear if Mozilla will get to keep all of the revenue earned through its new VPN service. This is because Mozilla is not bringing its own servers to the table. Instead, those responsibilities have been given to Mullvad, a VPN company based in Sweden. Mullvad offers its own VPN service for around $5 per month.

With that said, back when Mozilla VPN was known as Firefox Private Network, it made use of proxy servers from Cloudflare before the company switched to Mullvad. One advantage of the move is that Mullvad has a broad server network and is open-source, providing more transparency for Mullvad and Mozilla VPN users.

Mullvad also has a good track record of taking care of user privacy. It doesn’t keep any logs on its customers, meaning that no activity can be traced back to an individual user.

Mozilla VPN uses the same protocol as Mullvad, which is WireGuard. WireGuard and OpenVPN are considered two of the best protocols for VPN services.

Mozilla VPN’s website says that WireGuard will offer over 280 servers located in more than 30 countries. There’s a good chance that Mozilla VPN will likely have full control over the servers it uses and that physical servers will be used instead of virtual servers.

Compared to the top VPNs on the market, such as NordVPN and ExpressVPN, Mozilla VPN’s server network is a bit small. 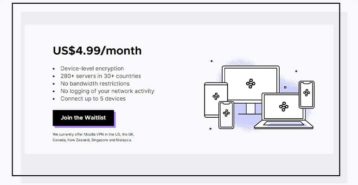 Like many other top VPN services, Mozilla VPN offers advanced security features such as a kill switch option and split tunneling. The service also promises that it doesn’t log users’ network activity.

With the growing popularity of its Firefox web browser, Mozilla VPN has a shot at surpassing current VPN heavyweights by offering better privacy features, more robust logging policies and higher server performance. Still, Mozilla VPN will have to work hard for a meaningful market share in an already-overcrowded industry. Established VPN companies have carved out niches in the market, and they won’t give up their share easily.

Mozilla VPN is entering a hot market and will be competing with the likes of NordVPN, ExpressVPN and CyberGhost. But Mozilla VPN doesn’t have to go toe to toe with current VPN powerhouses. It can find its own niche and attract customers who want something more than the industry’s leading players have to offer.

One element that sets Mozilla VPN apart is that it doesn’t offer long-term subscription packages that last for years; users can cancel their subscription at any time. This puts Mozilla VPN at an advantage over competing VPN companies that are eager to lock in customers for the long term.

Zohair A.
Zohair is currently a content crafter at Security Gladiators and has been involved in the technology industry for more than a decade. He is an engineer by training and, naturally, likes to help people solve their tech related problems. When he is not writing, he can usually be found practicing his free-kicks in the ground beside his house.
Security Gladiators VPN Mozilla VPN – Can the Newcomer on the Block Compete?
Leave a Comment Cancel reply