The FBI has already issued related subpoenas as it tries to investigate if someone committed any crimes.

New reports in the media suggest that the United States Federal Bureau of Investigation had started to investigate the utilization of each and every stolen identity in the official public comments section on the United States government’s recent decision of repealing the existing net neutrality rules.

The news came to the public eyes because of a report that BuzzFeed News published this past Saturday.

Now, other media reports have mentioned that the FBI’s investigation would focus more than whether or not someone committed a crime when, in theory, millions of identities belong to millions of people somehow got posted to the official website of the Federal Communications Commission without the commission’s permission.

BuzzFeed News wrote at the time that the two organizations involved in all of this actually told BuzzFeed News that the Federal Bureau of Investigation delivered official subpoenas to both of them in relation to the problems with the net neutrality comments on the official website of the Federal Communications Commission.

Each company revealed that information to BuzzFeed News on the condition that the publication would not name them.

The other interesting thing to note here is that the official FBI subpoenas actually came about just a couple of days after other similar subpoenas were sent by agencies such as NY AG Barbara Underwood back in mid of October.

According to the Wall Street Journal, New York subpoenaed many firms including the subcontractors and contractors who actively had registered their participation in the related lobbying efforts in order to sway the decision regarding net neutrality.

On the other hand, BuzzFeed wrote last Saturday that the official subpoenas that New York issued went to a total of 14 organizations.

Moreover, the BuzzFeed News also mentioned that a total of 11 of those 14 organizations either had relations with the telecommunications industry or were politically conservative and hence opposed net neutrality.

The rest of the three organizations supported it.

BuzzFeed also wrote that both the organizations mentioned before that had confirmed the FBI serving them subpoenas had also received subpoenas from New York.

They also said that the scope of the New York subpoenas was pretty similar to the current subpoena from the FBI.

However, the BuzzFeed News report omitted to mention much about what type of information did the FBI or New York sought via their subpoenas.

Moreover, it is also unclear whether or not the organizations that New York subpoenaed had received various subpoenas from the Federal Bureau of Investigation as well.

Other reports in the media have actually mentioned that the New York attorney general office actually estimated that a total of 9.5 million user comments on the FCC, or the Federal Communications Commission, recently net neutrality repeal actually came via submissions from users with stolen identities.

However, the New York Attorney General office also mentioned back in November of 2017, that the Federal Communications Commission’s current chairman Ajit Pai’s office actually denied authorities access to information that they needed to carry out their investigation.

Presumably, the Federal Bureau of Investigation would probably have had a much easier time in obtaining documents directly from the Federal Communications Commision. 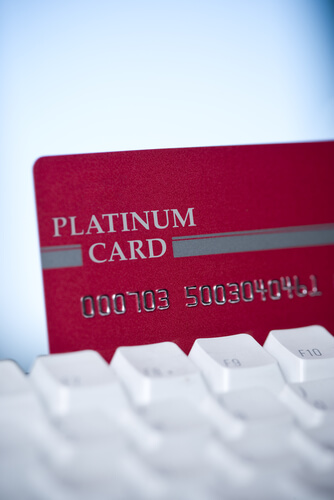 When reporters from Ars Technica contacted the Department of Justice and the Federal Bureau of Investigation a couple of days ago, they did not get a response.

When they do, we will make sure that we update this story with their official responses.

Perhaps some of our readers would find it interesting indeed that the Restoring Internet Freedom proceeding launched by Ajit Pai which eventually led to the extermination of critical federal net neutrality rules managed to attract around 24 million comments from the public.

Some believe that the rather large total number of comments that were fraudulent assisted obscure the genuine fact that around 98.5 percent of all unique comments on the site were written by those users who opposed the official Ajit Pai net neutrality repeal proposal.

Working separately, BuzzFeed and The New York Times, have launched their own investigations into the case to find out whether or not Russia actually interfered in the process of the FCC inviting net neutrality comments.

However, readers should also note that the Federal Communications Commission has actually refused both the new publication’s public records where they request the FCC for server logs.

It has also been revealed that the Times is actually suing the Federal Communications Commission for the related documents.

Jessica Rosenworcel, a US Democrat, and also the current Federal Communications Commission Commissioner urged last week that the Republican majority within the commission should turn over all the requested documents.

Rosenworcel also said that as high as 9.5 million people had to endure stolen identities.

Not only that, those stolen identities were then used to file in fake user comments.

Rosenworcel said, that alone was a crime under both state and federal laws.

Finally, she said that something here definitely felt rotten and it was high time for the Federal Communications Commission to come clean.

Have a thought on the story?

Let us know by using the comments section below.

Zohair A.
Zohair is currently a content crafter at Security Gladiators and has been involved in the technology industry for more than a decade. He is an engineer by training and, naturally, likes to help people solve their tech related problems. When he is not writing, he can usually be found practicing his free-kicks in the ground beside his house.
Home Internet Security News Net neutrality comment fraud: the FBI begins criminal investigation