Comcast has come out and has complained that it might face difficulties in making the same amount of money as before under California net neutrality laws.

The company fears that it won’t have the opportunity to charges various online platforms for services such as interconnection.

The country’s biggest cable company said earlier this month in a court filing that current net neutrality laws in the state of California would cause a significant amount of revenue loss for Comcast.

Moreover, the company also described in detail the potential impact of current net neutrality laws in the state of California on Comcast’s ability to charge money from various network operators and online service providers for various network interconnection.

Ken Klaer, the senior VP at Comcast, wrote in the company’s court filing in the United States District Court for the Eastern District of California that the paid interconnection provisions would, without a doubt, harm the company’s capability to enter into a brand new and mutually useful interconnection agreements with a lot of edge providers which involved consideration.

That, in turn, would lead to a great loss of prospective and existing interconnection partners.

And as a result of that, it would cause significant revenue losses for Comcast.

For those who don’t know, the term “edge provider” is an industry term which is mainly used for online platforms and websites such as Google and Netflix.

Comcast, as a company, submitted its court filings about two weeks on October 3, 2018, as part of the recent broadband industry legal lawsuit which sought to overturn the existing net neutrality laws in the State of California SB 822.

The net neutrality law/laws is actually slated to go into effect on January 1, 2019.

That is, unless the court gives permission to a stay order which would most likely halt any implementation of the net neutrality law.

Readers should understand that Comcast’s court filings are actually meant to provide support to the broadband industry’s request/demand for an injunction which would halt any and all enforcement of the net neutrality law while actual litigation is in a pending state.

Perhaps this is also a good time to mention that the state of California enacted its current net neutrality law for a reason.

It did that because the Federal Communications Commission repealed all the federal net neutrality rules.

The majority of the reports in the media say that the Federal Communications Commission did that at the request of various internet service providers including the likes of Comcast.

The California net neutrality law and its actual impact on various deals regarding network interconnections is currently not that clear.

It is true that net neutrality law explicitly bans activities such as throttling and blocking.

Not only that, net neutrality law also bans any kind of paid prioritization in the, what the industry calls, last mile portion of any given broadband network which leads directly to the homes of consumers.

Moreover, the net neutrality law also prohibits internet service providers from requiring any kind of payment from consumers or services in exchange for sending online traffic to them.

However, it is also true that the net neutrality law in the state of California applies a separate and different standard to activities such as network interconnection.

What is network interconnection?

Network interconnection is a kind of traffic exchange which takes place right at the edge of any and all broadband service provider’s network.

Moreover, the net neutrality law in the state of California also mentions that internet service providers such as Comcast and many others may not have the permission to engage in practices related to interconnection.

The law prohibits specifically those practices which have the effect or purpose of evading the existing prohibitions of the state of California’s net neutrality law. 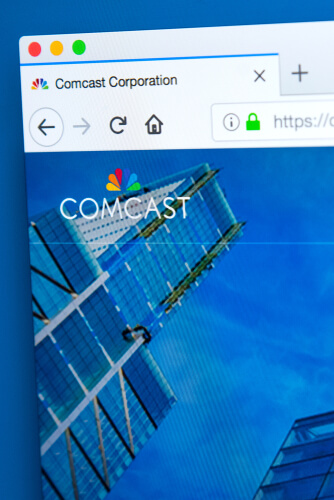 To put it in simpler terms, Comcast does not have the permission to slow down or block traffic at any interconnection point.

Moreover, the company also cannot make special/paid interconnection the one and only viable alternative for anyone to reach Comcast customers.

There is no doubt about the fact that websites and other online services can and do reach customers of Comcast without paying kind of money for interconnection.

However, if a service or a website purchases the interconnection service, then it ensures a much smoother journey/path directly into the network that Comcast owns.

Comcast, for its part, famously courted a ton of controversy when media reports revealed that the cable company actually required the US streaming service Netflix to cough up extra payment for interconnection.

Now, Netflix has played it nice so far.

In other words, the company has continued to pay the interconnection fee to Comcast for at least 4 years.

However, the streaming service has argued previously that cable companies such as Comcast should make the interconnection deal free since it were Comcast customers who were requesting for Netflix traffic and all the while Netflix bore the total costs involved with building a network in order to deliver all that traffic directly to the network owned by Comcast.

With that said, it is also true that California law, as it is today, would not really prohibit payments like the ones which Netflix pays to cable companies such as Comcast.

Comcast itself has argued in the past that the current law in the state of California is pretty ambiguous.

It is ambiguous enough that more than a few of the intermediary networks as well as edge providers along with transit providers and content delivery networks, would assert that the law in the state of California prohibited Comcast from benefiting/receiving any kind of consideration for interconnecting and then exchanging any internet traffic.

Of course, the intermediary networks would no doubt contend that cable companies such as Comcast and other internet service providers have the responsibility to provide an unlimited free capacity to them because of the fact that they enable the delivery of other parties’ traffic such as various edge providers onto networks owned by Comcast.

This is what Comcast has argued in the past.

Then there is the fact that the law itself would make it pretty hard for Comcast to negotiate any kind of new interconnection agreement with various edge providers.

Zohair is currently a content crafter at Security Gladiators and has been involved in the technology industry for more than a decade. He is an engineer by training and, naturally, likes to help people solve their tech related problems. When he is not writing, he can usually be found practicing his free-kicks in the ground beside his house.
Home Internet Security News Net Neutrality laws are not allowing Comcast to make more money