Netflix has become one of the major competitors in the video on demand streaming services worldwide. In fact, during the fourth quarter of 2015, over 74 million users have chosen Netflix for streaming the content of their preferences. However, there is a limitation on watching Netflix offline that might be putting some people off from using it as they want. 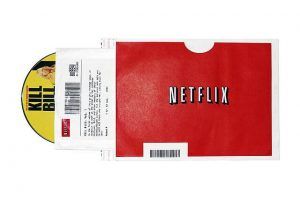 Do you wish to know what this is? Well, unlike Amazon Prime (for example), with Netflix you cannot download the content you want and watch it later while you are offline. In fact, the streaming giant made it crystal clear back in December 2014 to “never” open doors for offline playback. Why the Netflix won’t let their users download content for offline viewing?

Their line of defense is the fact that this downloading process is only going to confuse users. It is hard to keep track of what you have downloaded when you watch Netflix offline, whereas watching it online at the time of your choice seems straightforward and dull – this appears to be the reason Netflix won’t offer the offline viewing.

Is this the only answer, when it comes to the desire for watching Netflix content offline? Fortunately not! On the contrary, there is a solution you can get your hands on towards lifting some restriction on behalf of Netflix. There are some simple things that you need to follow, to be able to unblock Netflix offline. Here is what you ought to do:

Some serious notes: The PlayOn only works for Windows, it doesn’t have an app for Mac or any other operating system as of now. However you can easily get Netflix offline on Android, iPhone, iPad, Mac or any other device you want. The saved files can be transferred to other devices (such as another computer, Android, iPhone etc.) without having to worry about changing the format or using a special app to move them.

The Security Gladiators team has gone out in the wild and done a massive amount of research to bring you a humungous list of thousands of hidden categories for Netflix shows. Find all of your favorite categories with just one click right here.

Of course, it makes total sense that we should primarily comply with the terms of use for Netflix. A couple of questions that come to mind are, is it legal to watch Netflix offline, can a user be sued by Netflix for such an act?

Well, practically speaking it all costs just about $20 (for the whole year) with the above mentioned “play later” service that sounds somewhat unfair – if you take it in a sense of recording every single episode and then watching/distributing in the wild. Now, on the other hand, you’re a paying Netflix user and want to have the ability of Netflix offline just to be capable of playing your most loved Netflix collection that you’ve recorded and saved on your device – that sounds perfectly alright.

But here I think that carrier companies might be pressuring services like Netflix behind-the-scenes not to allow offline streaming because they wouldn’t want to stop collecting overage fees. For example, Amazon and MixRadio and both permit users to cache the music for offline listening later. I’m assuming the carriers “let this go” because music utilizes just a fraction of Internet data compared to what the video does.

So, if you’re recording what’s legally available to you (you paid for your Netflix, right?) and are doing it with no intentions of using that for commercial purposes – that’s perfectly legal!

Having said that all, whatever reason or logic is behind this, one must not violate a service’s terms of use. We at SecurityGladiators back good ethics only and are against data theft and piracy of all kind, this means that Netflix online streaming should be our first option for watching their content. Still, if you are forced to watch something on Netflix offline, it is always a good thing to know how to do that promptly and efficiently! Have fun!

Stella Strouvali
Stella is a certified writer and zealous wordsmith, a true fan of Placebo, technology, Panionios and wellness. Still, her true passion has to do with eagerly learning new things and passing them on to others. “An unexamined life is not worth living”, to quote Socrates.
Security Gladiators How Tos Unblock Websites Get to watch Netflix offline anytime you want
Leave a Comment Cancel reply