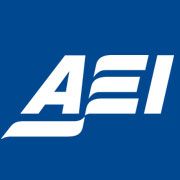 Colorado Senator Cory Gardner and his Virginia counterpart Mark Warner announced the launch of the Senate Cyber Security Caucus on Tuesday, June 14 at the American Enterprise Institute (AEI). The caucus is set to focus on cyber security from some perspectives, including the economy and the national security.

While caucuses by their very nature aren’t always interesting or meaningful, the House equivalent to the new cyber security caucus has proven to be effective, mainly in swaying the executive to renegotiate intrusion software export controls.

Mark Warner has been at the front line of several cyber security discussions involving encryption and Cyber Command. Gardner, on the other hand, has been chairing the Foreign Relations sub-committee responsible for cyber security.

The Caucus officially rolled out a new report full of specific proposals for defending critical digital networks and combating cybercrime. The proposals for the caucus include: establishing a Federal Cybersecurity Service; working to create an global organization to serve as a “cyber analogue” to agencies such as Interpol, retaliating against Chinese companies should China mandate backdoors on US tech companies; changing the Computer Abuse and Fraud Abuse Act to enable companies to set up “active defense,” and formalizing agreements of international law enforcement.

Cyber security has become a very hot topic in the US and, in response; the two senators have convened this new cyber security caucus with a specified goal of ensuring that their colleagues are up to date on the latest policy discussions, cyber news, and legislation.

While launching the new caucus, the senators noted cyber-attacks account for up to $120 billion in stolen intellectual property and economic harm each year. Even though there is a growing awareness of the problem, the complexity and ever-changing nature of cyber security can make it tough for people to keep up to date with what is happening, and this includes senators as well as their staff.

The objective of the Senate Cyber Security Caucus is to kick off discussions on how to best deal with cyber security problems that people face now and then. The senators hope their colleagues will recognize the role of the caucus in strengthening national security. The legislators said a grand strategy was quickly needed to combat positively well-known bad actors. They added that a comprehensive policy response adaptable to developments in technologies and the ever-changing cyber field was also necessary.

The new caucus will be an ideal pre-emptive resource for legislators. The lawmakers plan to carry out information conferences on major legislations and issues, serve as a bridge to experts in the private sector, and enhance bipartisanship on an issue both parties agree requires an answer.

Warner noted that many of these discussions were already taking place but were rarely coordinated, adding that cyber-attack surface was rapidly expanding and that the threat was systemic.

They described the new caucus as an opportunity for the US government to come up with a cyber security strategy that many legislators have protested is profoundly lacking.

According to AEI report, the critical infrastructure of the United States is currently at risk of potentially offensive attacks by both non-state and nation-state actors. The report also adds that American agencies charged with protecting critical infrastructure don’t have adequate capacity to do carry out their tasks, and those that have the capacity lack the authority to do so.

Gardner and Warner have previously teamed on issues of IT security. The dual was among a group of two-tier legislators who came up with legislation to establish a commission that would study digital security problems, such as reconciling encryption advances with law enforcement agencies pleas for access to vital communications.

Warner’s office announced that the cyber security caucus will educate legislators by introducing them to security experts, and providing a platform for studying effects of cyberspace on national security as well as the economy.