Director of the OPM, Kathrine Archuleta, submitted her letter of resignation to American President Barack Obama after 21.5 million folks was compromised in the biggest hacking incident in the history of American government. The hacked data included fingerprints, background records, login credentials and social security numbers. 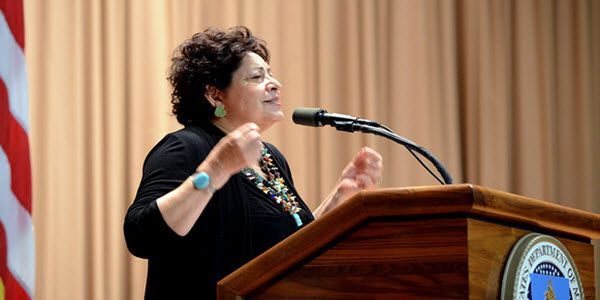 As stated by the press secretary of White House, Josh Earnest, Archuleta handed her resignation “of her own decision.” She realized that the OPM, “required a manager with a set of specialized skills and experiences.” Or you can say, a person with extra experience in cryptography and cybersecurity.

Director’s position seemed to become indefensible given the range of the hack and the increasing calls from representatives for Archuleta to leave the position of OPM director. On last Thursday, new information regarding the breach was disclosed by the President administration, a new director for the OPM was demanded by the Republican leaders, and this demand was followed by many Democrats.

The mounting calls for her to be substituted right after the President administration exposed that a huge number of American citizens were affected by the data breach of OPM – believed this is the biggest data breach in the history of American – was near about 21 million, way more greater than all hacking incidents in US.

OPM was warned by the Inspector General for many years that the security measures at OPM weren’t strong enough, however, his recommendations to start database encryption and 2-factor verification, for example, were not obtained. Although after the hack, Archuleta didn’t look in a hurry to work together with the Inspector General.

Beth Cobert is the new acting director of OPM, who was the Deputy Director and Chief Performance officer at the OBM (Office of Management and Budget). Office of Management and Budget is the same agency that a couple of weeks ago released new privacy policies, which recommended all the website of the federal government should adopt HTTPS till 2016.

Many of the senators believed that the Chief Information Officer of OPM, Donna Seymour, was as accountable for the data breach, in the previous House session, if not more so, as Archuleta, the director of OPM.

The reason is that Donna Seymour was the one particularly head of the security of the Office of Management. But, her resignation hasn’t called by White House, till now. It is believed that Beth Cobert may replace the Chief Information Officer very soon.

Ali Raza
Ali is a freelance journalist, having 5 years of experience in web journalism and marketing. He contributes to various online publications. With a Master degree, now he combines his passions for writing about internet security and technology for SecurityGladiators. When he is not working, he loves traveling and playing games.
Home Internet Security News OPM chief Katherine Archuleta resigns over huge data breach
Leave a Comment Cancel reply