Some experts in the United States of America believe that the scientific community still requires at least a total of 20 years before it can deploy quantum-proof encryption on a wide scale.

Of course, that does not change the fact that the whole world currently relies on technologies such as encryption to provide protection for everything from large databases that contain hundreds and thousands of health records along with credit card transactions and many other pieces of sensitive information.

There is also this new report that has come out from the United States National National Academies of Sciences, Engineering, and Medicine clearly mentions that the community needs to ramp up its efforts to prepare for a time when the world would have complete access to super-powerful and super-fast quantum computers.

These quantum computers would have the ability to crack open conventional cryptographic security measures and other related defenses.

The actual report was released a couple of days ago and the security experts who had worked on the report and produced it, mentioned that the widespread rise and adoption of cryptography that was secure enough to resist quantum computers would be a very difficult and long process.

The report also mentioned that, the process would most likely take the security community much more than 20 years to complete and see results.

Some of our readers would already know that if current developments are anything to go by then there is a high chance that highly capable and super fast quantum computer machines would have already arrived on the scene before then.

The other thing everyone should note here is that, if malicious actors such as hackers get a hold of these quantum machines, then they could have everyone seeing privacy and security nightmares.

It is no secret that the cyberdefenses of today rely very heavily on a simple fact that even the greatest and fastest and most-powerful classical computer or supercomputer would take almost an unimaginable or incalculable amount of time in order to decrypt and unravel the related cryptographic computer algorithms which protect everyone’s data. 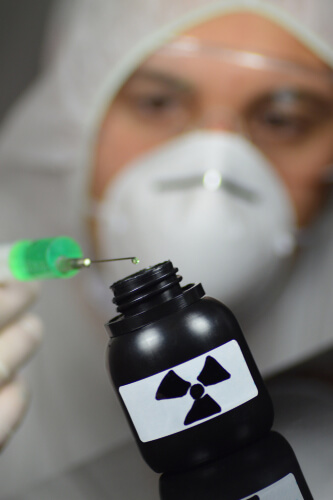 However, computer machines that are able to harness the power of quantum bits (in other words, qubits) do come with the promise of delivering the industry with exponential leaps in the total amount of processing power that these machines could utilize.

Security experts think that such power could easily break into any of the current market’s best encryption options.

The previously-mentioned report also cited a relevant example of today’s encryption which provides protection to all the processes of swapping similar/identical digital keys between any two given parties.

The two parties then make use of those digital keys in order to decrypt various secure messages that they send to one another.

This is where a powerful and superfast quantum machine could easily crack open the RSA-1024 encryption technology.

As many of our readers would already know, the RSA-1024 is the most popular algorithmic form of defense for the process of encrypting data and information.

However, a quantum computer could crack that open in a matter of fewer than 24 hours.

With that said, it is also true that such powerful quantum machines would probably require a couple or more thousands of logical quantum bits or qubits.

These, according to most United States experts, are at least one decade away.

The other thing to understand about quantum bits is that Qubits have no choice but to rely on a delicately balanced quantum state to do their work properly.

These quantum states are so delicate that any slight vibration or a small change in temperature can disrupt them.

Because of that, experts say, a quantum machine would require thousands and thousands of linked quantum bits, or qubits, in order to actually produce a single logical qubit which one could reliably make use of for various computations.

Even with that, any form of complacency may prove to be a big mistake.

A physics professor at MIT and also a member of the same group which developed, produced and published the US academies’ security report, William Oliver, has noted that businesses such as banks and governments often have this need of keeping their data in a secure state not for a period of days, weeks or months but for decades. 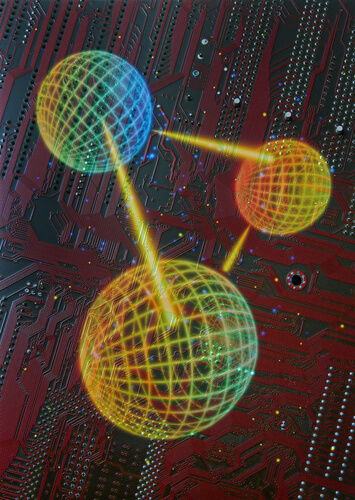 Hence, these organizations need to think long and hard about all the future potential outcomes and threats to their system of encryption that they are using at the moment.

Isara, a start up that develops solutions for quantum-proof cryptography measures, is also thinking about all the other cars that will have to spend a ton of time, for many years, on the country’s roads.

Readers should also know that the work that Isara is doing is actually a part of a much wider push especially in the cryptographic community to first come up with and then develop new encryption methods which are able to resist any cracking attempts made via quantum computers.

The previously-mentioned academies’ report has summarized a good number of such methods.

Moreover, the United States Institute of Standards and Technology has already started to work on developing standards for cryptographic algorithms which are quantum proof.

Some believe that the biggest challenge that the cryptography community would have to get over is the widespread adoption of new encryption methods and standards.

Then there is the small problem of getting rid of old data by either destroying it or re-encrypting it.

Hence, there is no doubt about the fact that the forecast is depressing.

Moreover, it is also probably accurate.

The security community will actually require at the very least a couple of (or more) decades to develop quantum-proof or quantum-resistant cryptography and then having it in place broadly.

If that scenario does indeed turn out to be true, then we as a society have no choice but to hope that somehow or someway it takes a lot longer for hackers and malicious actors to get a hold of these super powerful and super fast quantum computer machines.

Zohair A.
Zohair is currently a content crafter at Security Gladiators and has been involved in the technology industry for more than a decade. He is an engineer by training and, naturally, likes to help people solve their tech related problems. When he is not writing, he can usually be found practicing his free-kicks in the ground beside his house.
Home Internet Security News Quantum computers: A security threat we’re not prepared for
Leave a Comment Cancel reply