London is not thinking twice about imposing a tax on the likes of Amazon, Google and others to come forward and share the burden of the new tax it is poised to impose on Silicon Valley.

The top financial official in Britain has made the decision of including a new tax called Tech Tax that the country is set to impose on technology companies in the latest budget.

The Tech Tax, as expected, would affect a number of the world’s biggest technology firms including Facebook, Apple, Google and many others.

The official name of the tax is UK Digital Services Tax.

Philip Hammond, chancellor of the Exchequer recently said that the new tech tax would have a very narrow area of impact in the sense that it would only target and/or go after the revenues of these technology firms which they generate from UK sources.

The tech tax seems to make an attempt to legally and officially offset all the efforts that numerous technology companies and various other corporate giants, in the past, have made in order to drastically minimize the tax that they have to pay to the United Kingdom and other places as well.

Back in the year 2012, a parliamentary committee in Britain chided senior executives from technology companies such as Google and Amazon along with Starbucks (nowhere near a technology company) for employing various tactics to bring down the amount of tax that they have to pay.

Right now, there is no clear path on how exactly the latest figures regarding revenues generated from sources in the UK will be measured.

Although, the 2018 edition of the budget does state that the new tax would apply to all the revenue that technology companies make which comes about as a result of participations on behalf of UK users.

Hammond also mentioned on Monday in a speech which he gave before the House of Commons that it would do everything to make sure that lawmakers carefully design the new tax to hit the established technology giants rather than UK’s own technology startups.

In other words, the UK wants big technology companies to shoulder all the burden of the new tax that it wants to introduce rather than small companies.

He also mentioned that it was important for everyone to understand that he emphasized that the new tech tax was not an online-sales tax on various goods that people ordered over the internet.

According to Hammond, such a tax would actually fall on those consumers who, in fact, bought the goods in the first place and that was not the committee’s intention.

Furthermore he said, the new Digital Services Tax would only apply to those companies that are profitable and have the capacity to generate revenues of at least £500 million each year in its global revenues via the business lines in scope.

Moreover, he also noted that the new tech tax was scheduled to go into effect close to April of 2020.

Apparently, the tax would allow the UK to raise up to £400 million each year (which turns out to be around $512 million). 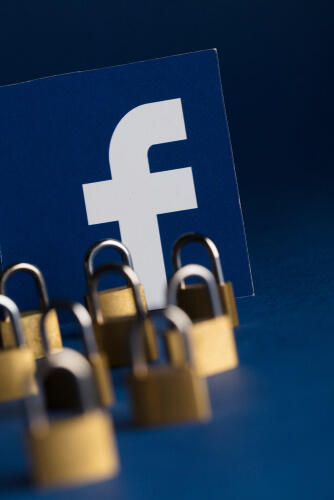 When media reporters contacted representatives from the likes of Airbnb, Uber, Amazon, Tesla, Twitter, Facebook, Google and Apple in order to see if they would make efforts to try and oppose the new tax measure only a single company of all these offered a response.

An Amazon UK spokesman, Tom Parker, said that he thanked the media people for their interest and questions, however the company did not have a comment on the new proposed digital services tax.

According to a tax law professor working at the Loyola University Chicago, Samuel Brunson, told ArsTechnica that technology companies would likely not get the opportunity to minimize their online user’s residency in order to benefit themselves for tax purposes.

However, the new tax may not necessarily prove itself as a huge windfall for the UK just yet.

While giving an answer via email, he said that because a ton of such technology companies had their headquarters in the United States of America, the United Kingdom right now had rather limited ability to put a tax burden on them.

Furthermore, he said, to take an example, consider Facebook.

Facebook, for the most part, did not get the major portion of its revenues directly from its customers/users.

Moreover, if a specific advertisers paid Facebook in order to show some advertisements on the plan to the service’s users based in the United Kingdom, then the current law may not consider it has UK-sourced income.

In that way, the United Kingdom may not have the right to tax that income under current tax regulations.

So by imposing the new tech tax, it might enable the United Kingdom to reach out and take some revenue which maybe outside its traditional scope.

Brunson mentioned that it would also make sense that digital services had managed to become a massive financial force.

However, the broad contours of the country’s international tax system actually came into existence when in-person services and physical products dominated the landscape.

In other words, the new tax did not fully and comprehensively captures the economy of the 21st-century economy.

Brunson ended his comment by saying that at least the current tax system had started to recognize the role and scope of digital services.

Zohair A.
Zohair is currently a content crafter at Security Gladiators and has been involved in the technology industry for more than a decade. He is an engineer by training and, naturally, likes to help people solve their tech related problems. When he is not writing, he can usually be found practicing his free-kicks in the ground beside his house.
Home How Tos Cyber Security Tech tax for Silicon Valley giants from UK imminent
Leave a Comment Cancel reply