Cook recently told BuzzFeed that the company was very clear with Bloomberg that whatever the publication said did not take place.

Bloomberg Business would not have to deal with Tim Cook, the CEO of Apple, as he is calling on the publication to retract its story which it published a couple of days ago.

The story mentioned that Apple, the company, had become a victim of the Chinese government’s hardware-based cyber attack.

It is interesting to note here that the Bloomberg story of Chinese government agencies hacking American companies like Apple, represents the first time that Apple has come out and has publicly demanded the publication to retract its story, according to another publication BuzzFeed.

Bloomberg published its initial and exclusive article about two weeks ago.

Since then, the publication has had to deal with a gaggle of various technology companies, security researchers and some reasonably well-placed officials in the US government.

All of them have challenged the report’s accuracy publicly.

Not only that but the likes of Amazon and Apple have also mentioned that they had no knowledge of ever removing and/or finding servers which contained the type of Chinese spy chips that the Bloomberg report alleged security experts had found in some of the technology companies’ networks.

It is also true that Supermicro has chipped in with its denial by saying that it had no knowledge of there being any kind of malicious chips that someone or some organization had secretly implanted directly into any of the company’s motherboards during the actual manufacturing process.

This, as readers should know by now, is exactly what the Bloomberg report has said the company has done.

Of course, it raises a lot of questions if we believe the Bloomberg report as it was published.

Mainly that if the Supermicro motherboards were compromised in the sense that they were bug ridden then why would hackers require any kind of implants?

Questions like these are not the main focus of this post though but we will come back to them at a later date.

For now, while statements from companies and Bloomberg continue to pour in, an official from the United States Department of Homeland Security has come out and said that he had little to no reason to have any doubts about the official denials from Amazon and Apple.

On top of that, a high-ranking official working with the NSA (National Security Agency) recently mentioned that even the vast amount of resources that he had at his disposal had not found any success in confirming the Bloomberg report.

Various media outlets such as Ars Technica reported a week ago that several hardware experts (which included a total of two hardware experts who Bloomberg contacted when the publication reported its story) mentioned to reporters that the type of backdoors based on chips as Bloomberg had alleged via its report were extremely complex.

They also said that the chip-based backdoors became even more difficult to implement when someone tried to introduce them in the supply chain.

Hardware security experts also said that if anything, state-sponsored hackers would most likely prefer to make efforts and exploit the very numerous vulnerabilities which are present in the firmware.

Such vulnerabilities would have had a greater effect on Supermicro motherboards and even other motherboard makers.

Now, Buzzfeed published an article last Friday which said that the CEO of Apple had called on Bloomberg to take back/retract all the claims it had made.

According to the article on Buzzfeed, the Bloomberg report solely attributed its report to unpublished information that a total of 17 unnamed people provided.

The online news service also mentioned that these people worked for various United States governmental agencies along with companies which had first discovered and then removed all the backdoored (in other words, compromised) servers from their respective server networks.

Buzzfeed also reported that Tim Cook moved on from that by issuing a completely new round of direct denials which were very unusual for the company.

Tim Cook, according to the Buzzfeed report, said that he had full involvement in the company’s response to the Bloomberg story right from the beginning.

Furthermore, he said, he had personally talked to all the Bloomberg reporters along with the company’s then-general counsel Bruce Sewell.

Cook mentioned that the company made it very clear with Bloomberg reporters that what they mentioned in their report did not happen and the company also answered all their questions.

He also added that each time Bloomberg reporters brought the matter to the company, their story altered and each time the company carried out an investigation on the matter, they found nothing.

As far as Cook is concerned, whatever Bloomberg published in its report did not happen and there was no truth to the report.

But Cook did not just stop at disputing the Bloomberg report itself.

In addition to that, he also took serious issue with the evidence or the lack thereof which Bloomberg supplied in order to document all its claims.

Tim Cook mentioned that the Bloomberg reporters never came around to providing Apple with any kind of specific details related to the malicious chips the publication’s report alleged technology companies such as Apple and Amazon had found and then had removed.

Cook also mentioned that he thought the Bloomberg allegations were undergirded by secondhand and vague accounts.

Apart from that, he said that he and his staff had turned the company totally upside down. 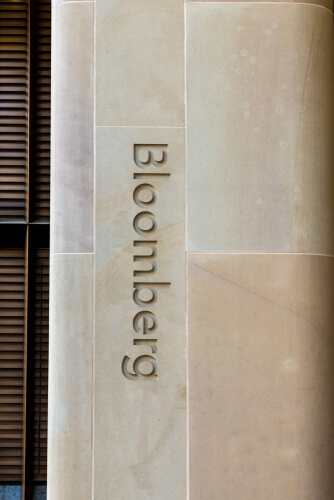 Cook said that he and his team forensically whipped right through the whole company in order to dig extremely deep.

However, his team came back to the very same conclusion each and every time:

What the Bloomberg report said did not happen.

In other words, according to Apple, there was no truth to the allegations that Bloomberg made via its report.

As a response, a representative of Bloomberg wrote an email in which the representative said that Bloomberg Businessweek’s research and investigation came as a result of more than 12 months of reporting.

The representative said that during that period the team at Bloomberg conducted interviews in excess of one hundred.

And these seventeen, as mentioned earlier as well, included insiders at various technology companies as well as government officials.

All of them confirmed what Bloomberg had said such as manipulation of the companies’ hardware and all the other elements of the cyber attacks that Bloomberg mentioned in its report.

The representative from Bloomberg also said that the team published all the three companies’ full and unedited statements.

Apart from that, the publication also published statements from the Ministry of Foreign Affairs in China.

In the end, the Bloomberg representative wrote that the publication stood by its story and had confidence in their sources and reporting methods.

However, it is also true that the reporter did not answer any questions that asked more information on Bloomberg’s policy on, in the journalism industry, anonymous sources.

It also did not entertain questions related to the service having any plans to provide everyone else evidence which was verifiable especially in the light of detailed and unusually vigorous official denials.

Zohair A.
Zohair is currently a content crafter at Security Gladiators and has been involved in the technology industry for more than a decade. He is an engineer by training and, naturally, likes to help people solve their tech related problems. When he is not writing, he can usually be found practicing his free-kicks in the ground beside his house.
Home Internet Security News Apple CEO Time Cook wants Bloomberg to retract the China story
Leave a Comment Cancel reply