Satya Nadella, the current CEO of Microsoft has come out and said that the company’s future plans included underwater server farms to act as data centers.

The technology giant had begun experimenting with the idea of underwater data servers several years ago.

Back in 2016, off the coast of California, Microsoft’s Project Nack managed to put an entire server pod underwater.

It should also come as little surprise that the server pod makes use of various water cooling techniques using which it can dump waste heat directly into the ocean that surrounds the server pod.

The company has designed the server pod as a sealed unit.

And Microsoft expects to deploy it for a total of five years before it would begin operating to bring it back up to the surface and then replace it.

Of course, that was two years ago.

The company has kept itself busy since then and has also deployed a similar but larger server pod off one of the coasts of Scotland.

Nadella spoke at Microsoft’s Future Decoded conference which was held in London and said that the company’s undersea deployments were exactly the way Microsoft would like to think about data center expansion and regions. 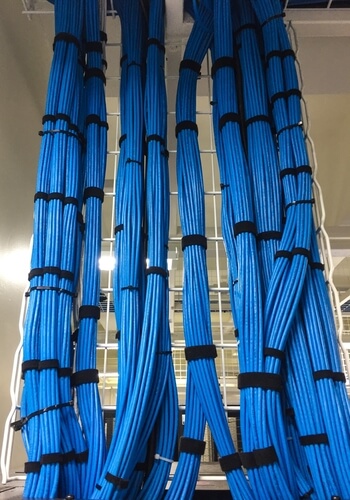 Not only that, but he also cited another particular advantage of having underwater server pods:

The fact that server pods are closer to coasts means that they would have proximity to humans.

Nadella considered it as an advantage because around 50 percent of all world population lived on the coast or within 120 miles off it.

Ensuring that data servers are placed in the ocean would mean that all the server pods are close to the related population enters.

That would, in turn, ensure much lower latencies.

And those services include the company’s own forthcoming Xcloud, an online game streaming service.

One other advantage that Nadella cited underwater server pods would provide people and the company is that it would enable the company to deploy them at a greater speed than before.

Nadella said that with underwater server pods there would be no need of building an actual physical data center.

He also said that from the starting point to the finishing point, the server pod off the coast of Scotland, it took the company around 90 days to build the server pod and then deploy it.

Such a short time to get to the actual market would mean that the company could easily react to different situations quickly enough and then add extra server capacity wherever it is wanted and that too on-demand.

As some would already know, this is in stark contrast to land-based large data centers.

For physical data centers on land, the company involved has no choice but to guess the scale of future demand.

The company has to move on with its initial estimation.

And then it has to decide on how big a physical site would the data center require.

The other interesting thing about the server pod off the coast of Scotland is that it is powered via wind energy.

It takes its power from the nearby Orkney Islands where renewable energy generation reached a 100 percent.

There is also little doubt that the cost of various techniques of offshore wind generation would continue to fall.

In fact, one would not be hard pressed to imagine that future offshore data centers would get paired with wind farms which are also offshore.

Zohair A.
Zohair is currently a content crafter at Security Gladiators and has been involved in the technology industry for more than a decade. He is an engineer by training and, naturally, likes to help people solve their tech related problems. When he is not writing, he can usually be found practicing his free-kicks in the ground beside his house.
Home Internet Security News Nadella: The future of cloud is underwater. Literally.
Leave a Comment Cancel reply