The latest round of source says that Microsoft is pushing Cortana to focus more on productivity while the company is unifying the search function with Microsoft Office 365.

The insider build version that Microsoft released just recently (Windows 10 version 18317) is all set to change how users are able to use functions such as search and Windows 10 features such as Cortana on, you guessed it, Windows.

Various publications have recently mentioned how Microsoft, as a company, wants to work on repositioning its digital assistant Cortana as a digital assistant that is mainly focused on increasing the productivity of the user.

Moreover, the company also has shown a desire to integrate the search function with its Office 365 offering.

At the time of writing this report, Windows 10 offers users a single box for text which appears on the main taskbar.

Windows 10 users have no choice but to use this box for their desired searches as well as Cortana commands.

In order to search or something, all that the user has to do is to type out a word or more.

Once the user does that, Windows 10 automatically searches the Start menu along with documents and settings.

However, if the user makes use of the same text box to type out a command that says something like ‘tell me a great job right now”, Windows 10 is unable to perform any kind of search.

Instead of performing the search, what Windows 10 does is that it delivers the command to Microsoft’s digital assistant Cortana.

When the Windows 10 operating system does that, Cortana is able to duly oblige and provides results.

However, things are going to get repositioned in the latest build version of Windows 10.

Microsoft is aiming to have users utilize the text box solely for activities such as searching.

In order to give Cortana any kind of commands, Windows 10 users will now have to speak to the digital assistant and/or perform a separate and extra click on the button which belongs to Cortana, on the Windows 10 taskbar.

There is hiding the fact that the community often criticized Microsoft for such a combination of the two above-mentioned features.

To some, they simply did not go well with the overall Windows 10 user interface.

Part of the reason why this is happening is that some feel that there is really no specific reason as to why the company should bundle both the functions together.

It is well known that both functions are able to respond to the user’s typed commands.

Hence, it makes a lot of sense to make use of the same text box for a total of two different things.

That might also help the company to save some space as well.

The other thing to note here is that, searches have become very popular in the last couple of years.

Because of that, it is highly likely that a lot of Windows 10 users actually got introduced to the company’s digital assistant, Cortana, while searching for something and looking at the results. 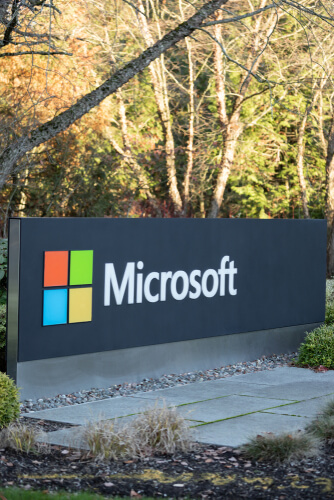 If Microsoft does go ahead and separates the two functions then that should do a good job of making the whole Windows 10 interface slightly more logical than before.

Apart from that, Microsoft has also taken the opportunity to promise users some more big changes that the company would bring to the operating system’s search experience.

These features will become particularly visible to those users who make use of Microsoft Office 365 as a part of a corporation or something similar.

Microsoft will unify all searches whether users invoke Teams or Bing or Office or Windows.

As a result of that, no matter the place from where the user begins his/her search, he/she will have no problems in finding (just to take an example) documents which may appear in the corporate Microsoft SharePoint or even something like OneDrive for Business.

The same would apply to conversations that take place via Yammer or Teams.

Let’s not forget the addition of contacts from the official company address boo as well.

Readers should understand that Microsoft is not really abandoning Cortana.

However, the company is simply making some pretty meaningful changes to give Microsoft’s digital assistant, Cortana, a bit more focus.

To take an example, the latest Windows 10 Insider preview version comes with the inclusion of an integration feature between Outlook, Cortana and Microsoft To-Do app’s tasks.

Most of us would really know that Cortana has long gained the ability to assist users in setting reminders for them.

The new integration feature, for the end user, would mean that now Windows 10 will show all these reminders visible in Microsoft Outlook as well as Microsoft To-Do app.

It is also true that Microsoft has given plenty of indications that the Cortana button that resides currently on the main Windows taskbar may actually not be the digital assistant’s final home after all.

There are plenty of rumors going around circulating in the community that for quite a while now, Microsoft has been thinking about eventually moving the whole Cortana functionality directly into the Windows 10 Action Center.

In such a scenario, Windows 10 will use Cortana to handle all sorts of notifications amongst other things.

Zohair A.
Zohair is currently a content crafter at Security Gladiators and has been involved in the technology industry for more than a decade. He is an engineer by training and, naturally, likes to help people solve their tech related problems. When he is not writing, he can usually be found practicing his free-kicks in the ground beside his house.
Home Internet Security News An upcoming Windows 10 version offers search without Cortana
Leave a Comment Cancel reply