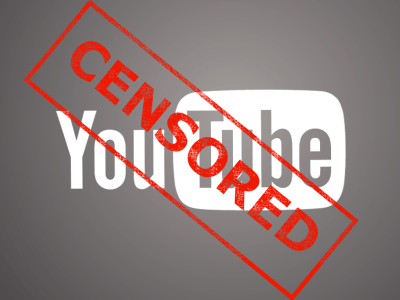 YouTube has come out to deny allegations that they have changed their advertising policy; this is after a YouTuber named Philip De Franco claimed that the site was imposing censorship on some users.

He says they are not permitting ads on content deemed unbefitting to run.

A few days ago, De Franco, who’s a popular Vlogger with a subscription base of nearly 4.5 million people, uploaded a video saying that the site was practicing censorship on his channel, and he wasn’t sure on what to do next.

So far this clip has attracted more than 3.6 million views. Philip claims most of his videos have been de-monetized, meaning YouTube has passed an advertisement censorship policy preventing him from earning revenue from video ads.

DeFranco operates a channel where he talks about current affairs and the pop culture, he recently logged into YouTube and found 12 of his clips had been censored from earning money.

But this phenomenal is not new to him; other networks such as Seeker Daily seemingly had adverts removed from 150 of their videos, including one discussing press freedom.

Philip said he was shocked by the criteria YouTube used to make decisions on what’s appropriate and vice versa. There’s no detail on the particular content that led to censorship of his videos.

For instance, De Franco admits one clip he posted about popular Vlogger, Marina Joyce, was stripped of ads but didn’t contain anything that deems censorship.

Following these developments, he appealed on various videos with most of them getting reinstated, but YouTube still denied one. He relooked through the tags once more, though nothing that prompted censorship was showing.

The only thing that might have raised eyebrows is a discussion on potential drug abuse, and how that is a bad thing. However, according to Philip this still does not break any guidelines.

He claims removing monetization is a clear sign of censorship by YouTube, further questioning why some of his clips are not meeting the criteria for friendly-advertisement.

According to the site, censorship is applied to sexually suggestive content that also includes partial nudity and sensual humor.

Other factors which are considered inappropriate for advertising: displays of grave injury, inappropriate language such as harassment, profanity or vulgar and events related to extreme violence.

In response to De Franco’s allegations of censorship, YouTube vehemently denied making changes to their monetization rules, instead claiming they have restructured their notifications setting so that users can now be emailed or notified via Video Manager, just in case their videos have been demonetized.

Content creators now have the ability to appeal any decision made by the site if their videos have been demonetized. Furthermore, management has also released a statement stating that the updates are only meant to improve communication, not locking people out of their videos.

In another post, YouTube claimed that it was becoming clear to them there was some misunderstanding in the creator community.

They have addressed this issue by taking their time to clarify things; the company says their policies on demonetizing of videos that are appropriate to Google’s brand advertisers remain constant. The company has also not changed how these rules are enforced.

The 30-yr.-old De Franco, who call his fans “beautiful bastards” at the beginning of every video, questioned whether his talks about Brock Turner as well as Chris Brown’s recent arrest were warranted censorship.

After making videos on YouTube for close to a decade, Philip now feels as if the new censorship rules are a “stab in the back.” Recently, about 12 of his videos have been demonetized with no solid reason from the site admin.

His Twitter comments led to the formation of the hashtag #YoutubeIsOverParty, and this has been shared all over social media, and many other YouTube personalities also claim to have been affected by the censorship policy.

De Franco called these monetization censorship guidelines by the website “concerning,” further questioning if the notification policy had affected how the service was allowing users to know when they weren’t being monetized prior to this.

YouTube also says the policy has been there since 2013 and is only updating how users are being alerted. Whereas YouTube claims these changes are positive, Philip has maintained that he’s not going to censor himself in any way.