Users can also subscribe to HBO and other channels with Amazon Channels. There is also an X-Ray feature, which gives users instant access to movie trivia, featured audio and cast information. And for those who want to avoid any buffering issues while traveling, Amazon offers the option to download select content. 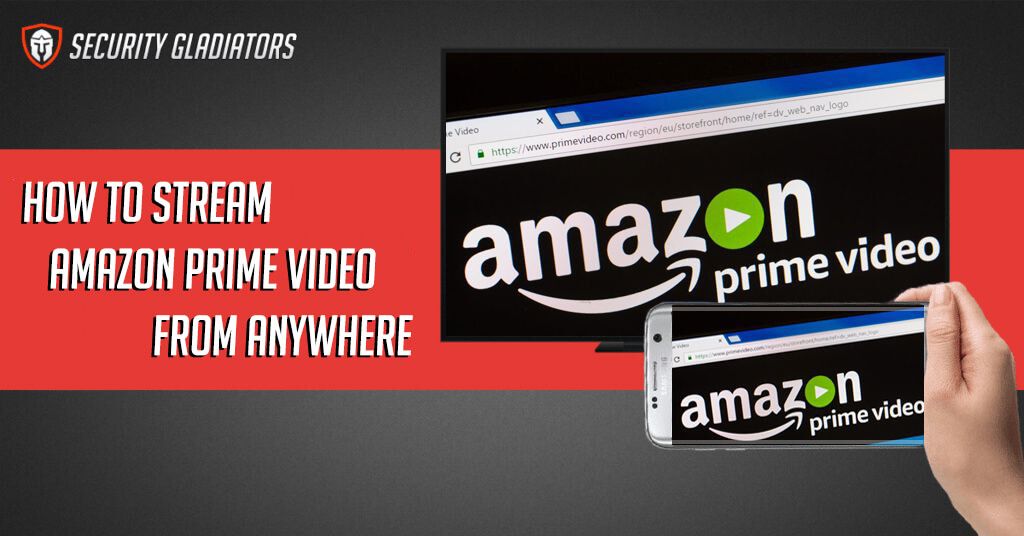 Though Amazon Prime is readily available in most countries, its content library is not the same everywhere.

And in some regions, Amazon does not require the user to have a full Prime subscription; while in other countries, Amazon does offer a buy or rent feature.

In this guide, we’ll show you how to stream Amazon Prime Video content from anywhere, no matter what country you live in.

Where Is Amazon Prime Video Available?

Now, the actual price of Prime Video content depends on the country in which you live. A few years back, Amazon Prime’s service in Singapore was priced at half the amount U.S. customers had to pay.

However, the Amazon titles library in Singapore was 25 times less than in the U.S.

Generally speaking though, people living in Canada and Australia have to pay more money for the same number of titles than customers living in the U.S. Ireland and the United Kingdom offer the most bang for their buck.

The top 10 regions in terms of the number of titles on Prime Video are:

Additionally, Amazon Prime users can get extra perks such as Twitch Prime, which offers free games, in-game items and a free Twitch channel subscription for users globally. Users can take advantage of a growing library of popular games and other content. Twitch Prime is currently available in almost all countries across the world, aside from India, China and embargoed territories.

Now, even though the above-listed 10 countries have the largest Amazon libraries, Amazon Prime still offers plentiful libraries in other countries. The number only speaks to the size of the library, not the quality.

And since Amazon is producing popular original series and movies, you can rest assured that you will have access to some of the best titles on Amazon Prime Video regardless of where you live (Amazon Original content is available in almost all countries).

So if you live in a country with a limited amount of Amazon Video content available and you want to watch titles available in countries like the U.K., U.S., Canada and Australia, then all you really need to do is to sign up for a VPN service.

A Virtual Private Network allows you to change your IP address (thereby changing your location) through connecting to a server that is located in the country of your choice. This lets you stream online movies and shows from wherever you want.

For example, if you want to sign up for the U.S. version of Amazon Prime Video, here’s what you do:

Amazon Fire TV (Amazon’s smart TV) and Amazon Fire Stick (Amazon’s media adapter) are two popular additions to the company’s family of products. You can easily pair them with an Amazon Prime membership to make your experience more seamless.

Amazon Fire TV is just one member of a growing Amazon product family. This smart TV device has several state-of-the-art features, plus the capability to deliver the most immersive of entertainment experiences. More specifically, it offers 4K Ultra HD content along with access to 500,000 TV episodes and movie titles. Not to mention, you also get access to voice control commands via Alexa.

Amazon Fire TV weighs around 9 ounces. It is very slim, compared to other smart TVs, and comes with a micro USB port and an HDMI port. There is also an option to buy the official Amazon Ethernet Adapter. All you have to do is plug it in directly into the HDMI port of your HDTV and plug the power adapter into a wall outlet along with the USB cable. 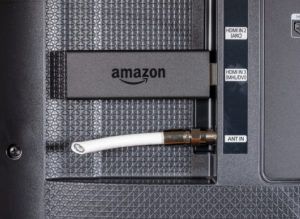 Amazon Fire Stick is for movies and TV series fans who are on a budget. However, its modest price does not mean it comes without several streaming advantages comparable to Amazon Fire TV.

The device is capable of streaming decent quality content and just like Amazon Fire TV, it has access to more than 500,000 TV episodes and movie titles. It can also connect with Alexa Voice commands and play content. 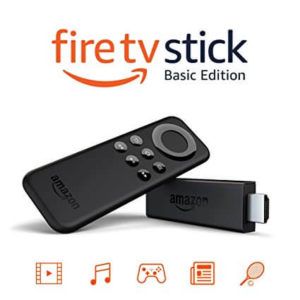 The Amazon Fire Stick weighs close to a single ounce. Judging by its shape, you may mistake it for a USB storage device. For some users, the Fire Stick is a better investment as it’s portable and compatible with other TVs. The Amazon Fire Stick device is also more suited for people who want to have entertainment options available on the go.

Zohair A.
Zohair is currently a content crafter at Security Gladiators and has been involved in the technology industry for more than a decade. He is an engineer by training and, naturally, likes to help people solve their tech related problems. When he is not writing, he can usually be found practicing his free-kicks in the ground beside his house.
Security Gladiators How Tos Unblock Websites How to Stream Amazon Prime Video From Anywhere
Leave a Comment Cancel reply