Disney+ officially launched in the U.S. on November 12, 2019 and did not even take a day to reach 10 million users. As a result of such rapid influx, the service did face some initial streaming problems.

However, that does not change the fact that Disney+ is quickly climbing the ranks to becoming one of the top streaming services in the world due to its huge library of content not only for children but also for adults.

Apart from that, since Disney is reportedly shifting all of its content from Netflix to its own Disney+ service, we can expect it to make rapid gains in new user sign-ups in the coming weeks.

In this guide, we’ll take a look at how to watch Disney+ outside of the U.S., since the streaming service is not available to all online consumers world-wide. 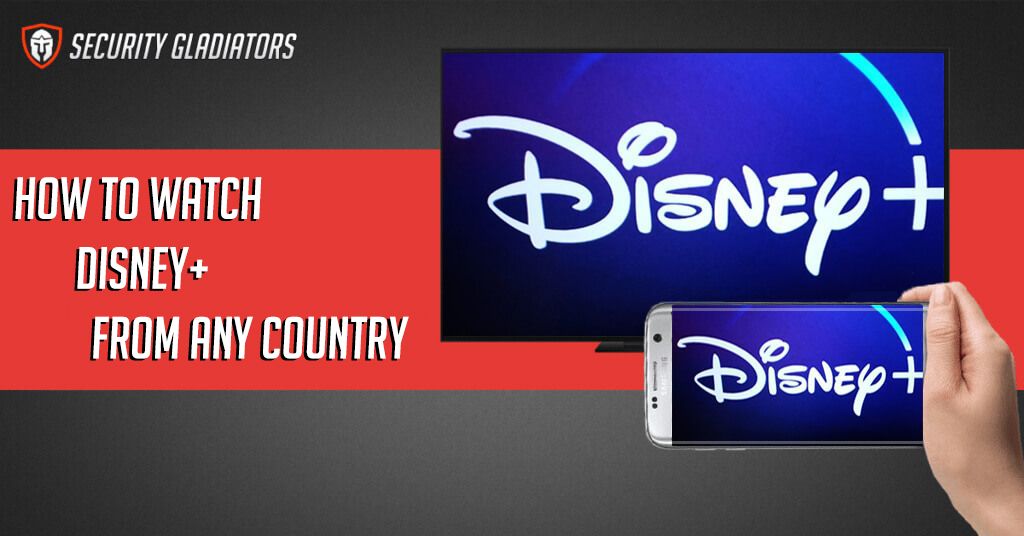 Currently, Disney+ is only available in New Zealand, Australia, Canada, the Netherlands and the U.S. We’re not a huge fan of this approach since it shows that even though Disney has the most unique content for kids compared to other streaming services, it still shies away from bucking the trend and making content accessible to users globally.

Disney has announced that it would gradually introduce its streaming service in other parts of the world as well, but you don’t have to wait anymore since we have just the right solutions for you to watch Disney+ outside of the U.S. and while traveling.

We have been reviewing streaming services for several years and have used truly tried and tested methods to watch any service from any country. Now, we’ll take you through the steps of how to watch Disney+ from anywhere.

First, You Need to Sign up for a VPN. Here’s Why:

Currently, there are only a handful of countries (listed above) in which Disney+ content is streaming. If you do not use a VPN service to access Disney+ content outside of those areas, you may be looking at least a year of waiting time before Disney+ brings its service to your country.

Users in the U.K., Germany, France, Italy and Spain won’t see a Disney+ launch until at least March 31, 2020. Outside of Europe, Disney is reportedly planning to roll out the service in India and Southeast Asia sometime in mid- to late-2020.

But you can avoid this delay by using a good VPN. There are dozens of VPN service providers on the market today. To help you pick the best option for you, we’ve compiled a list of the top 10 VPN services to choose from.

Disney+ and competing streaming services such as Netflix and Hulu make use of geo-blocking technologies in order to track their users’ location and IP address. After storing and analyzing such information, streaming services like Disney+ are able to accurately know where a given visitor to their website is coming from.

In such a situation, a VPN (short for Virtual Private Network) comes in with strong encryption technologies in order to not only protect the user’s data but also hide their location by hiding their IP address. It does this by connecting the user to a remote server that the VPN service provider itself owns (most of the time).

The location of the VPN server is dependent on the user’s selection. The user can only select countries/regions that are covered by their VPN service provider, therefore, it is very important that you sign up for a VPN that has servers in locations where you want to change your IP address to.

VPN services also make use of encryption tunnels to hide the user’s online activity and protect their security.

These services make sure that their encryption tunnels have the maximum security possible so that no one is able to see the users’ true location. This comes in handy when the user tries to access streaming services such as Disney+. Once you’ve used a VPN to change your location, Disney+ and other such streaming services would think that you are located in the country where your VPN server is.

Sometimes this process is called location spoofing. Once the user has managed to spoof their location, they can go to a streaming service’s website and start watching content without any problems.

VPN services come with many other benefits as well. Apart from allowing them to unblock geo-restricted streaming sites, VPNs can also boost users’ security by keeping their location and activities hidden from external sources, such as their internet service provider, hackers and even government surveillance organizations.

In short, once you use a good VPN, you become invisible to the online world. As a result, hackers, online advertisers, governments and snoopers alike cannot access your data. Since your connection is hidden, your personal data and online activities are kept private and safe.

Another benefit of using a VPN is the ability to bypass network throttling by your internet service provider. Broadband throttling is when ISPs intentionally slow down internet speeds to avoid network congestion.

If you’ve run some tests and found your ISP to be throttling your connection, a VPN can come in and put a stop to it. This should help to alleviate any lagging or video buffering you might experience while streaming content online.

How to Unblock and Watch Disney+ From Outside the U.S.

This section is for people who: a) live outside of the U.S. or b) live in the U.S. but are traveling abroad. The same applies to other countries where Disney+ has launched, which includes Australia, Canada, the Netherlands and New Zealand (as stated above). If you are in these areas, you don’t need a VPN to access Disney+.

Even if you have a subscription to Disney+, you still cannot access the service outside of the U.S., Australia, Canada, the Netherlands and New Zealand. 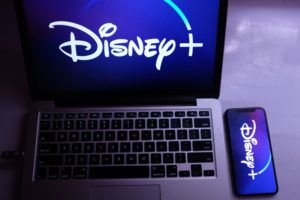 Of course, Disney+ is not the only streaming service that makes use of geo-restrictions to block certain content in certain regions. Other premium streaming providers including Hulu, Amazon Prime and Netflix do that as well.

The method to unblock Disney+ content outside of the U.S. is simple enough. Follow these steps in order:

How to Unblock Disney+ in the U.K. and Elsewhere

As mentioned before, currently there’s no way to stream Disney+ in the United Kingdom since Disney has not actually released its service there yet.

Accordingly, in order to unblock Disney+ content in the U.K. (or any other country/region outside of the five countries where Disney+ operates), you will have to use a VPN. So, all you have to do is sign up for one and follow the same steps outlined above.

Remember that you have to connect to a VPN server that is located in one of the five countries that Disney+ currently supports (the U.S., Canada, the Netherlands, New Zealand and Australia).

It is very important that you sign up for a fast VPN service so you don’t have to deal with buffering or unreliable connections.

How to Watch Disney+ While Traveling

As covered above, you don’t need to use a VPN service to access Disney+ if you are in Australia, Canada, the U.S., the Netherlands or New Zealand. 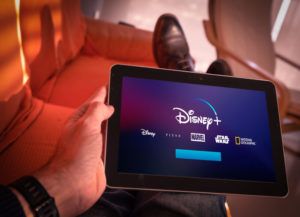 However, do take note that even if you sign up for Disney+ in one of these regions, you can’t stream Disney+ content anywhere else.

Again, to overcome this problem you have to sign up for a VPN and then change your location to either the U.S., Netherlands, New Zealand, Australia or Canada based on your original location—that is, the location where you purchased your Disney+ subscription package.

How to Create a Disney+ Account From Outside the U.S. and Potentially Watch Disney+ for Free

If you want to try it out for seven days free-of-charge, simply click the Start Free Trial button on the Disney+ website. Then follow these steps:

And that’s it—now you’re free to stream content on Disney+ outside of the U.S.

How Much Does Disney+ Cost?

No matter how unique a streaming service is, no one is going to buy-in if it’s unreasonably priced. That is especially true in the current streaming market where there are already so many top players willing to offer everything they have at a cheap price.

In this context, it looks like Disney has studied the likes of Hulu and Netflix to see where the current market stands.

By comparison, a basic Netflix plan costs $8.99 per month in the U.S. Since Netflix currently dominates the streaming market, this means that Disney+ is cheaper than the best streaming site in the world. Now, even though there are streaming services priced even cheaper than Disney+, we think Disney has taken a good approach to its pricing model.

Beyond its basic plan, Netflix’s “standard” plan allows users to stream content on just two devices for $12.99/month. A level up from that is Netflix’s premium plan, which offers support for Ultra HD content streaming on four devices for $15.99/month. 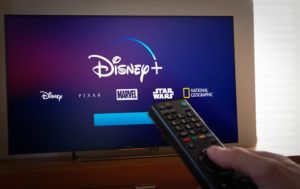 Disney+ has outdone Netflix in this department by allowing users to simultaneously stream Disney+ content on a total of four devices, with the capability to stream TV and movies in 4K.

Looking at the bigger picture, Disney+ has the most unique content on the market today and is cheaper than the vast majority of its competition. But will it stay that way?

After all, the $6.99 monthly price tag is, according to Disney, an introductory price. The company will likely change the price once it has established itself in the business. In other words, you can expect to pay more for the same services in the future, as has been the case with Netflix.

Disney is also currently offering a bundled deal with Hulu (the ad-supported version) and ESPN+ for $12.99 monthly.

Will Disney+ Offer the Same Content in All Regions?

Currently, there is no official word on whether or not Disney+ will offer the same content to users in every country/region as they roll out the service globally, but if you take a look at the current streaming market, you might be able to guess the answer.

Due to licensing and distribution issues, almost no streaming provider offers the same content to users in different regions. There is no doubt that Disney+ will also have to deal with such issues and hence you can expect it to implement more geo-restrictions on its content as it launches internationally.

You also have to take into account the laws in different countries/regions. For example, France has a rule where no streaming service can make a movie available that has had a theatrical release in the last three years. That means if a movie makes it to a theater in France, then no streaming provider can offer the movie for a period of three years.

So, even though there’s no official word on different content libraries for different regions, if the history of this industry in any guide, you can safely assume that the availability of your favorite content will inevitably depend on where you live.

This gives you all the more reason to sign up for Disney+ outside of the U.S. by changing your location with a VPN. In order to unblock Disney+ content that’s available in the U.S., all you have to do is connect to a U.S.-based VPN server.