If you take out the FIFA World Cup competition, the biggest football tournament that you are left with is either the Euros or Copa America.If we only consider the American continent, then Copa America is the biggest tournament here.And it is all set to light the stage of world football in a couple of months.

What we want you to do is to make sure that you clear your schedule and get ready for the 2021 edition of Copa America.This time around the Copa America tournament will take place from the 13th of June to 10nth of July. Argentina and Colombia will host the entire tournament while splitting games between themselves. Brazil managed to beat Peru in 2019 (the last edition of Copa America) and hence will attempt to retain the title.

With that said, what readers should also know is that this year Copa America will not have guest teams from countries such as Australia and Qatar partly because of the pandemic and partly because of both teams having to play World Cup Qualifiers.This is the first time since 1993 that the tournament has not added guest teams to the mix.

If that does not excite (which shouldn’t happen since you can expect to see Lionel Messi, arguably the greatest player of all time, participate in the tournament for Argetina) you then you should probably wait a couple of years more for the FIFA World Cup to start again.

But if you are in a hurry and are searching for a way to watch Copa America live and online this year then this is the only guide that you need to read and follow.

This is the year of the 47th edition of Copa America.

In order to make sure that everyone has a good time following the whole tournament, we have gathered a list of channels who will be broadcasting the entire tournament.

For the complete list refer to the table below.

Now, the one thing we would love for you to understand quickly is that all the channels that we have mentioned above have certain restrictions placed on them by different entities.That means, these channels do not have the rights to broadcast Copa America 2021 outside their original country.

To put it in simpler terms, what we mean to say is that if a given user does not live in the regions that these channels work in then that user would not have the option of streaming Copa America and all the epic matches it always brings to the people, even a little bit.

How to easily watch the whole of Copa America live and online in 2021 with the help of a VPN service.

The term VPN basically stands for a Virtual Private Network.VPN users make use of different technologies to spoof their online IP address and hence the location.Once they do that, they are able to make it appear to all websites and services as if they are accessing the internet and their services from a country that is different from their original country. Using a VPN service is as simple as it can be. 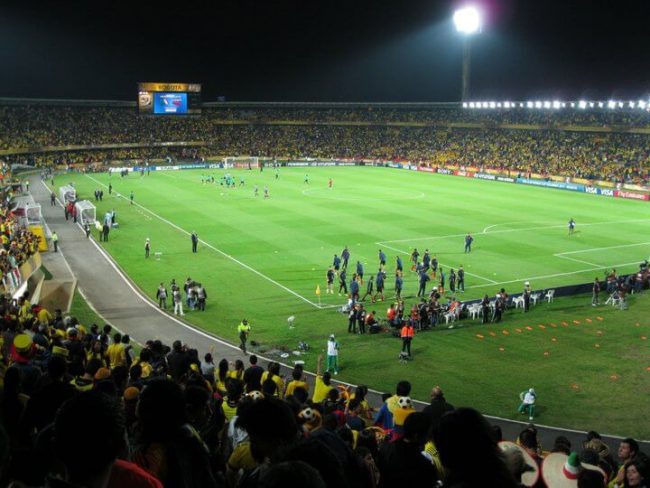 Let’s take a look at an example to further simplify things.We’ll assume that there is a user somewhere out there in the vastness of the world of the internet who wants to watch BT Sport.Now, if the user wants to watch BT Sport because he wants to consume Copa America tournament content by streaming it via the BT Sport channel, then the user would need to make use of an IP address in the UK.

In other words, the user will need to form a connection with a VPN server that is located in the UK.Once the user does that, he/she would have almost full access to the given streaming service’s entire content library or catalog.Let’s further simplify things by going through a step by step process of streaming Copa America live and online anywhere and everywhere in the world.

As for the choice of VPN service, as mentioned before, there are lots of good candidates for the spot of best VPN for Copa America. But what we will say is that you should sign up for a VPN service that has credibility and offers reliability. 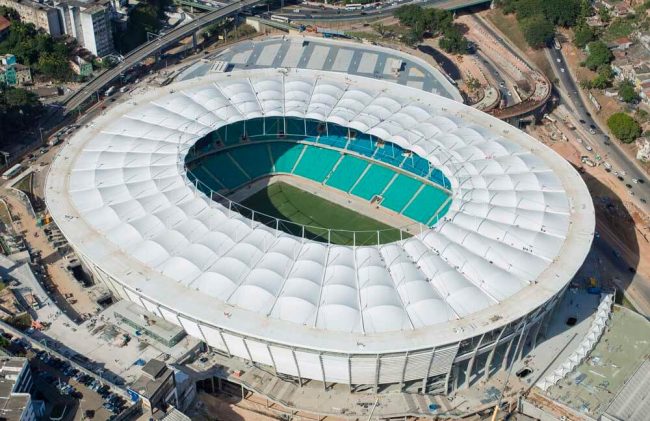 If you only want to make use of a VPN service because you want to stream Copa America then you should go with a VPN that offers speed.This is where we would like you to know that VPN services that have a large number of VPN servers tend to offer more speeds because of the simple reason that their VPN servers rarely get overloaded.

More specifically, you should try to sign up for a VPN service that offers more than 2000 VPN servers placed strategically across the map. And make sure that the VPN service you sign up for has VPN servers available in regions that we have mentioned above.

With that said, you are free to sign up for any VPN service that you feel like signing up for.We do not want to make that choice for you.What we want to do is to give you enough knowledge to make the right call. Click here to check out some of the best VPN service providers available in the world right now.

Let’s take a look at a brief history of the tournament that is all set to bring in a lot of money for the organizers and a lot of entertainment for all those who are watching either from the stands (not likely given the pandemic) or from the TV screens in their homes.

Copa America is currently considered to be a premier football championship tournament. And it is organized by the prestigious South American organization by the name of CONMEBOL. The 2021 edition of the tournament will mark the 47th time top teams from the whole continent will take it to the ground to see who is the best on the continent.

If you are worried about star power then don’t be. Copa America always features some of the best and most popular football stars on the planet (since the majority of the most entertaining players in the world are from South America). We’re talking about players such as Luis Suarez, Lionel Messi and Neymar. All of those superstar players have prepared for the vast majority of their adult life and probably before as well, to collide on a stage that is as big as Copa America.

On the other hand, you should also know that in the beginning, some felt that Aregentina and/or Colombia should not host this tournament. More specifically, they wanted Brazil’s neighbor Chile to host the whole of the tournament. In fact, we also heard about people holding meetings to expand the tournament to a total of 16 teams.

According to some reports, supposedly, the organizers wanted Spain to become a part of the non-CONMEBOL team to come in and join the rest of the pack back in 2019. So there is a possibility that CONMEBOL may be working on that for the future. You do not need to be a rocket scientist why organizers of Copa America wanted to include a team like Spain. Spain, as big as the team is and what this team has achieved, would have definitely raised the overall profile of the tournament.

However, as with most things in real life, everything did not go according to plan. And in the end, the organizers had to settle for a total of 2 additional teams. After the addition of those two teams, the total number of teams competing for the ultimate prize in Copa America reached 12. A mentioned before, the two foreign teams that were selected to join the 2021 edition of Copa America this year were Australia and Qatar. As mentioned before, both will not make it to the tournament this year because of other commitments.

If you think about it, this edition of Copa America could have been nothing short of historic. Why? Because Qatar would have become the absolute first team from the Middle East to participate in a Copa America tournament. With that said, one should also not forget about Japan either. 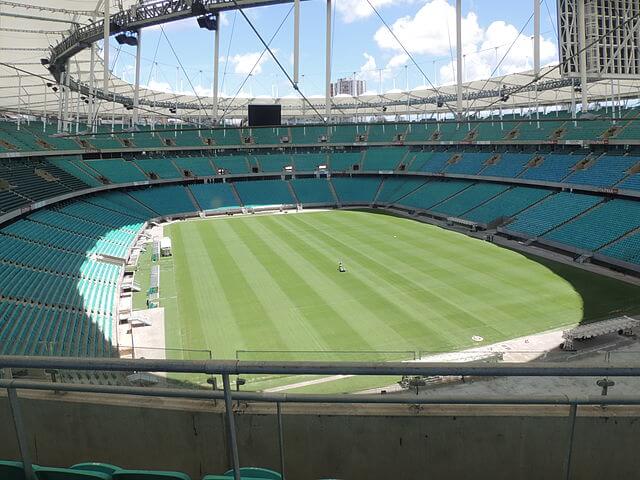 Japan, unlike Qatar, has actually already participated in the Copa America tournament for the first time time in 1999 but the team won’t be there for this year’s edition. For those readers who have watched a good number of these Copa America tournaments, we want to let them know that the 2021 edition of Copa America will not feature some of the most traditional teams on the South American continent.

For example, this year, you will not see Mexico competing in the tournament. Why? Because the official football team for Mexico was not able to rack up enough points to compete in the tournament. You probably do not need us to tell you that Mexico has participated in Copa America for each user beginning from 1993. That is some achievement. Of course, Mexico is not the only team from the American continent that will not compete in Copa America this year.

Our research shows that the United States of America will also not make an appearance in this edition of Copa America. With that out of the way, let’s take a look at the teams that will be competing in the tournament this year and which team will take on which team to fight for the biggest football trophy after the world cup and euros.

List of teams playing in Copa America this year

The organizers of the tournament have decided to group the 10 teams into a total of 2 groups.

Here is the full schedule of all the games that you will see this year in Copa America. All times are in Standard Eastern Time and subject to change because of the pandemic and other unforeseen events.

Conclusion: How to watch 2021 Copa America online and live easily.

No one should be surprised to see Brazil and Chile swapping their status as the host of the tournament this year. After all, Chile had the honor of hosting the 2015 edition of Copa America six years ago.

So it makes sense that Brazil should get to host the Copa America tournament this year. We have already mentioned that Copa America is perhaps the most exciting tournament in the world in terms of players using skill to score goals rather than using tactics and science.

Moreover, all the best individual players (not necessarily best teams) will be playing at this year’s Copa America if we exclude Ronaldo. Most of the teams that compete in Copa America are also very competitive when they play in the FIFA World Cup tournament.

And it is just great to see them compete with each other one more time on their home turf. We will mention again that this edition of Copa America will  not see the likes of Qatar and Japan or even Australia trying to go toe to toe with some of the biggest footballing nations in the world.

Neverthless, it should still be a great tournament and all you need to watch Copa America is a good VPN service.

Zohair A.
Zohair is currently a content crafter at Security Gladiators and has been involved in the technology industry for more than a decade. He is an engineer by training and, naturally, likes to help people solve their tech related problems. When he is not writing, he can usually be found practicing his free-kicks in the ground beside his house.
Security Gladiators How Tos How to watch Copa America 2022 Live and Online (The Comprehensive Guide)
Leave a Comment Cancel reply