We know that millions of people in all corners of the globe want to watch the Indian Premier League live cricket tournament in their home countries.

This guide will take a look at everything you need to know to watch the 2023 IPL live cricket game outside of the U.K. and India. The program debuts between April and May 2023.

How to Stream IPL Cricket Live 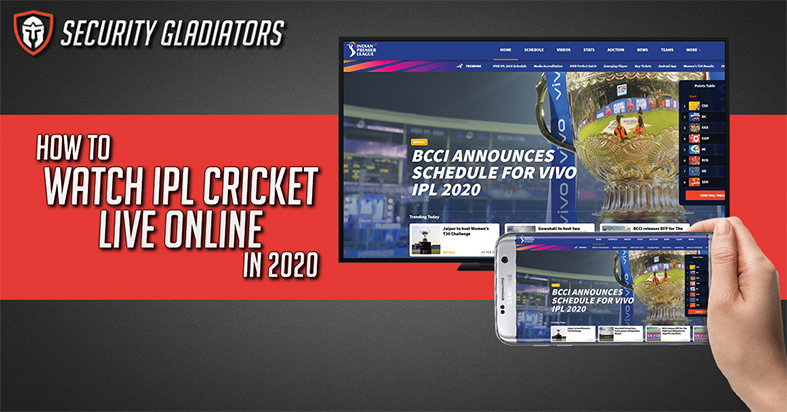 The Vivo Indian Premier League is a go-to when it comes to short-format Twenty20 cricket. It may be new and inexperienced when compared to traditional test match cricket, but it easily offers more entertainment.

Almost all of the biggest names of cricket have participated in the Vivo IPL over the years.

The new season of IPL is coming up on March 25, 2023. The first game will be between the Chennai Super Kings and Kolkata Knight Riders. Both sides can boast some of the best players in the world and will likely give it their all to win the 2023 IPL.

The thing readers need to understand about 2023 The Tata Group IPL is that it is unlike cricket tournaments they might have seen for the past half a century or so. You don’t have to wait five days—or a whole day, in the case of One Day International cricket—to get a result.

Matches in The Tata Group IPL are short, yet full of energy. This is one of the reasons why it has been such a phenomenal commercial success over the past several years.

IPL 2022 did not reach the levels of viewership as previous editions, with over 225 million people tuning in to watch IPL in the first week alone.

Unfortunately, though, there is a big problem in the whole equation.

If you do not live either in the United Kingdom or India, you cannot watch Indian Premier League cricket.

With legal rights reserved to broadcast the tournament, IPL makes use of geoblocks which (as the term suggests) have the ability to block access to all IPL streams for people who do not live in the United Kingdom or in India. You cannot use any IPL streams available online if you don’t live in India. 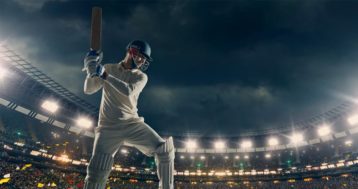 But there’s also some good news: You can get past such geoblocks by using a Virtual Private Network (or VPN).

VPNs are able to change the location of your computer’s connection so that you can access TV channels and broadcasts that are inaccessible in your own country or region.

With a good VPN service, you can watch the entire IPL from the comfort of your own home—no matter where you live.

When you’re done with that, you can use a VPN to access location-specific TV shows and movies from sites like Netflix and Hulu.

To learn how to use a VPN to watch international titles on Netflix and Hulu, read our guides here and here.

In the next section, let’s take a look at which VPN service you should choose to bypass VPN blocks.

How to Watch The Tata Group IPL 2023 Live

There are two ways to watch IPL’s live stream of the 2023 program:

More on these live streaming methods below:

Watch IPL Live Cricket Outside the U.K. on Sky 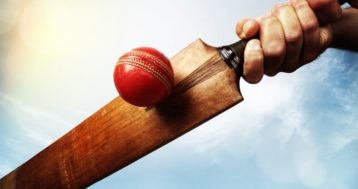 To watch the IPL outside of the U.K., you will need a subscription to a U.K.-based TV service that has the rights reserved to show the IPL.

Assuming that you have a Sky Go subscription package, the process of watching the IPL outside the U.K. is pretty easy.

Currently, the best service for the job is Sky Go. The service is subscription-based, and you can watch IPL on Sky outside the U.K. with any package.

First and foremost, you need to sign up for a VPN service that has a large selection of U.K.-based servers. You also need to make sure the service actually works with Sky Go. 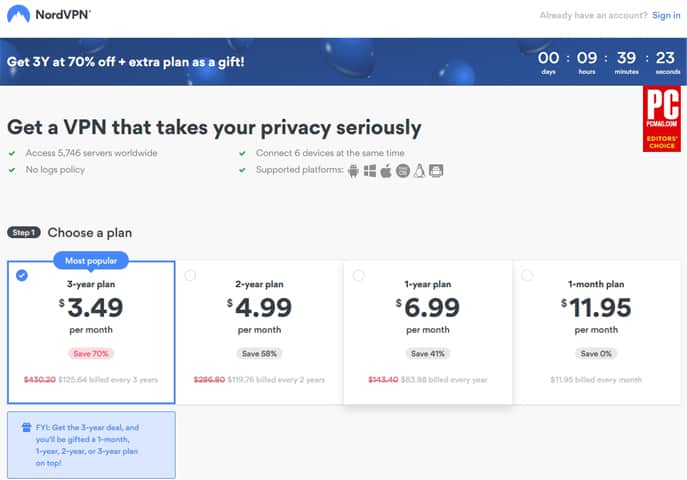 Even though the market is currently filled with VPN services that claim to work anywhere in the world, they do not. You need a VPN that is able to consistently bypass Sky Go’s geo-restrictions to get you the content you want to consume.

We’ve found that NordVPN is the best VPN for Sky Go and many other entertainment sites like IMDB TV and Netflix. You can  and read our full review here.

For a definitive ranking of the VPN service providers on the market, click here.

The second step is to download your VPN provider’s app and install it on your device. After launching the app and signing in with your login information, you need to connect to a VPN server that’s located in the U.K. 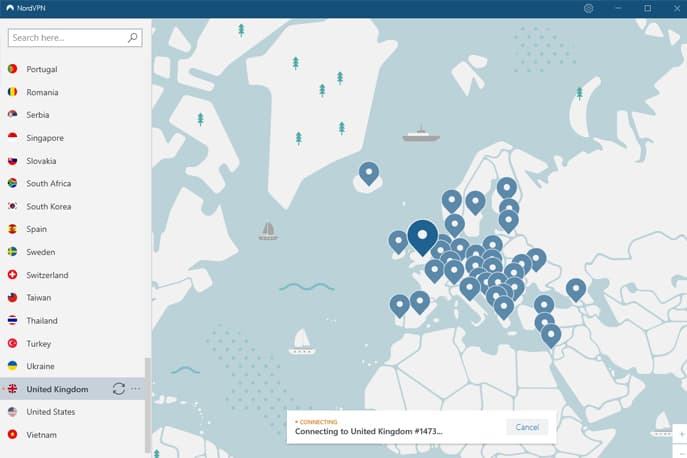 You will see a list of servers to choose from—simply pick a U.K.-based server from the selection.

With that done, you should download the Sky Go app for your device here. 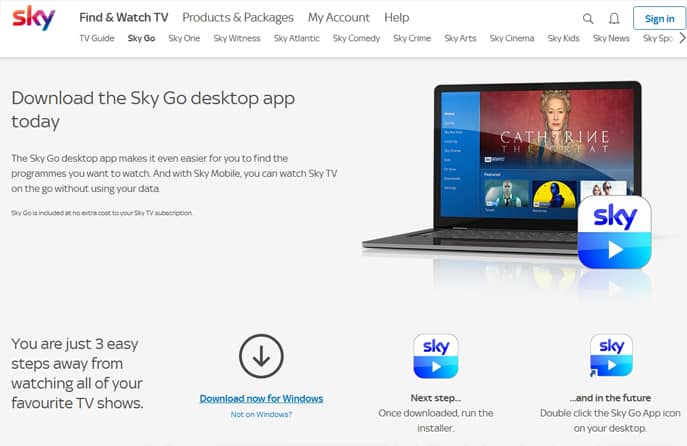 Then, sign in with your valid Sky login credentials or with any other U.K. TV subscription that’s compatible with Sky Go.

And that’s it—now you can watch The Tata Group IPL 2023 matches outside the U.K.

Let’s take a look at how you can watch the IPL live outside of India in 2023:

As mentioned before, Disney+ Hotstar is an online subscription-only service. Its parent network is Star India, which also owns Star Sports.

If you live outside of India and want to watch content from Star India and Hotstar, then you need to use a VPN.

The first step is to sign up for a VPN service that has fast servers in India.

Not only that, you need to make sure that your VPN has multiple servers in India so you always have backups if a particular server isn’t working.

We’ve found that is the best VPN service for watching content on Disney+ Hotstar or Star Sports. Click here to learn more about how to watch Hotstar/Star Sports outside India in any given country. 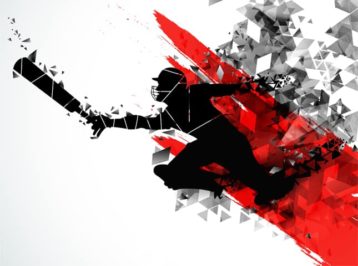 After you have a VPN subscription, you need to download the VPN app that works with your device and operating system.

Then install the app, launch it and sign in with your login credentials.

Once that’s done, you need to select a server that’s based in India. This would ensure that the VPN is able to change your location to India.

Once you have your VPN app connected to an India-based server, you should sign up for an account on Disney+ Hotstar. Then start watching as you please.

If you want to have access to all the premium shows (IPL being one of them), then you will need a premium subscription package. However, you can still watch both replays and live coverage of the latest season of the IPL on Disney+ Hotstar for free.

The Indian Premier League is one of many cricket programs run under the International Cricket Council, where you will find the best players from not only India or England but also from countries such as Sri Lanka, Australia, and South Africa, among many others. IPL is a truly international sports league with a good diversity of teams.

As mentioned before, the IPL 2022 did not break any records for live viewership. So expectations are high that the 2023 edition of IPL will have something unexpected to boost viewership and generate revenue for all parties involved.

To watch 2023 The Tata Group IPL outside of India and the U.K., you just need two things: Get a VPN that works in both those countries and make sure you have a subscription package to either Disney+Hotstar or Sky Go.