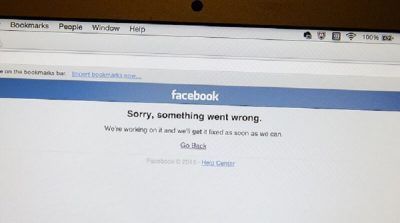 WikiLeaks unleashed a controversial DNC email dump that flooded Facebook recently, and many of the social media giant’s one billion users encountered censorship issues when attempting to share the links.

Though the incident is said to be an accident, integrity and credibility seem to be underlying concerns.

The censorship only implies how freedom of speech and expressing divergent views might be curtailed anytime.

On July 22, 2016, WikiLeaks published to the world 19,252 emails together with 8,034 attachments explicitly showing how biased the Democratic National Committee as they favored Hillary Clinton.

This collection was posted on the Wikileaks FB page, sharing the information with over 3.2 million followers along with a link to the emails found on the WikiLeaks website.

Only moments after the news broke out, it went viral on Facebook.

Users shared the news link and spread throughout the platform, alerting anyone who wasn’t aware yet of this acts of the government body.

That is, until they apparently filtered it out and the censorship took place.

The social media platform has since been dogged by criticism for censoring the links to the emails involving the shady schemes of Democratic Party officials. 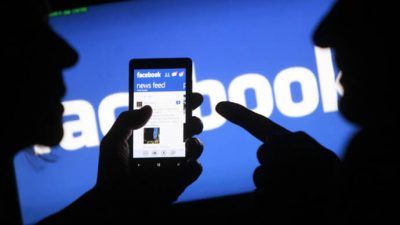 After the public outcry resulting from people’s agitation and raised brows on the censorship, Facebook has admitted that it indeed temporarily blocked the links leading to the WikiLeaks files which leaked tens of thousands of internal DNC emails.

The said files have brought about turmoil to the United States Democratic Party and currently threatening their unity.

The very same emails that have been shared by one person to the next and was widespread on the internet, then eventually underwent censorship.

Once WikiLeaks’ Facebook followers realized that the social media giant was blocking the email links, it’s not surprising that many lashed out heavily on the censorship.

Many followers did that, and some have captured screenshots of the trouble the censorship was giving them in return for their intent to freely share the information.

After censorship accusations and rising criticisms that Facebook amassed because of the block, the company has taken responsibility, but by saying that it was done by mistake.

A Facebook representative commented that like other services, their anti-spam system was what flagged the links unsafe, and made the statement that the error was quickly corrected and the issue had been fixed.

Censorship of content that mainly conveys the DNC being part of a plot to derail Bernie Sanders’ campaign looks more like a conspiracy than mere accident.

But as to why the links to the emails were instantly removed while tons of ads clouded users’ feeds and evaded censorship is one good question.

It appears that the platform is curated by people rather than algorithms, adapting to the form of a corporate-owned newsroom more than a place for neutral content.

This isn’t the first time either that political censorship has become evident on the social media site.

It’s been previously discovered that Facebook removed the live video of Philando Castille’s fatal shooting by a Minnesota police officer, which sparked outrage among African-American communities in the US.

Later on, Facebook apologized and said it was due to an error.

Early in July this year, Facebook also admitted to removing a meme of ex-Stanford University student Brock Turner who was sentenced to six months for sexually assaulting an unconscious woman in January of 2015.

Posts of the Bastille Day aftermath were reportedly scrubbed from the newswire, and the Facebook news bar in itself is also speculated for being biased.

Apart from these filtered incidents, alternative news sources like the Anonymous Headquarters and the Free Thought Project have experienced Facebook censorship as well.