Considering the title for this article, it evokes many ways this could be possible. However, as with all articles, you need a starting point, so I’ve used the links below to instigate my research. So without further ado, let’s get cracking on with the task that what are those things one might be doing over the Internet that could get them arrested. 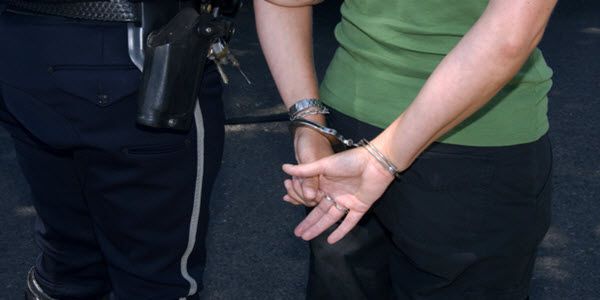 But it must be understood, that with the depth and diversity of the Internet, the myriad of possibilities is far-reaching, so yes, you’d be faced with many more permutations!!

The following issues, though randomly listed can be evidenced through the links above, being:

Quite a mixed bag, which you may consider ‘and’ what are you getting to?  It would be important for the reader to come to their own decision.

So what ‘Should’ you have Learnt?

Well, please don’t look upon these lightly, but in an ascending order we have:

In ‘1‘ there is a clear list of misdemeanors, of which one could consider ‘What’ or ‘I never’.  But you shouldn’t take the Internet by its word, use it as a learning ‘tool’ and you’ll also learn what a great repository it is.

Next up, ‘2‘ probably of the four has got to be the best.  Not only will it tell you of ‘ten’ ways to get arrested, but this then goes on to run with further video’s of many more unbelievable facts.  Be patient with the adverts, I assure you, you won’t be disappointed.

Moving on to ‘3‘, a clear list of cold facts, like it or not this also moves onto implications in other countries, so be aware if you’re going on holiday!  Now one aspect of these, is not to be seduced by the comments, think for yourself please.

Finally under ‘4‘,  again clear evidence of activity, whereby I consider they got their just deserts.  Be it a ‘parody’ or just what they may consider, their ‘humour’, obviously common sense hasn’t prevailed!

Why in all four do people not conduct themselves in a mature manner, yes we do need to have a laugh, but come on, ‘a time and a place’, would be more appropriate.

Playing ‘devil’s advocate’, I found these…

Having perused these links, there are common denominators which I find unbelievable. The ambivalence of individuals, be it arrogance or just plain ignorance ranges from stupidity to why?

For example, who in their right mind really trusts ‘Facebook’, it’s fine as a social medium, but you must take ownership for what you do.

People using FB could be of any age, yet some people consider it acceptable to use profanities, indicating a lack of command of the ‘English language.  Even through to be seen as a direct threat, either nationality or to individuals in their own right.

Do people have no conception that when the FBI do an electronic search, that they will use a search criteria, for example a range of words to search on.  Now the outcome of this would then return a myriad of findings, which they would interrogate. Is it no surprise that they will conduct investigations on these findings.

Now I’m not trained in investigative techniques, but even I can work this out for myself, albeit in my simplistic manner. Yet people then have outcries when they get arrested. What is it with people, do they have no common sense or are they just as thick as a brick!

If people wish to have out pouring in order to vent themselves, may I suggest they go for counseling, or do they not have the mentality to work this out!

Surely people either watch the news or purchase papers, in fact these days you can get the news direct on your computer, so they must be aware of the outcomes. Yet they then wish to cite or replicate as a precis in order to satisfy their needs.  But these wants are against the law, but it would be a different question if the target was them!

The hideous nature of their whole persona leaves me, not in a state of pity, though pure dismay that they have no conception of what they are doing.

From a different perception, should a person either wishes to visit a country or even emigrate, they must avail themselves as to what is acceptable or the legal constraints of the country. But ‘No’ is the answer, then they wonder why they awarded lashes and imprisonment!

Come on people, ‘Wake up’ otherwise you will get your just deserts!

In today’s society, we need to be thinking laterally, in fact globally given the diversity of the internet and cross-border potential infractions. People need to think and plan about what they’re trying to publish or even what restrictions might be in place, so that they don’t incur penalties.

I consider it not to be a great request, that at least think about what you wish to say, you don’t need profanities in order to express yourself. The only person who looks the fool is ‘you‘!  Should a person wish to create a gambling site, then at least make it ‘legal’.

I’m not de-crying ‘freedom’, as this is an important feature of modern living or would you prefer to live in a dictatorial world? Now I know I’ve not touched on all ‘Outcomes’, just think about what you wish to do, at least you’d still have your ‘Freedom’.

An important aspect to bear in mind, whether it’s relevant to posting something on Facebook or any other site. Once you’ve hit that ‘enter’ key, you’ve started the ball rolling and there is no turning back.

Granted, some sites would allow you to delete a posting, though I proffer that in the majority of cases, you’d not be interested in deleting the posting.  Best you think before you act of the consequences, so if you don’t want to be arrested, act with caution!!

Top/Featured Image: By Oregon Department of Transportation under [CC BY 2.0], via Wikimedia Commons