If you want to have a rather diverse range of Android applications then Google Play Store is the place to be.

The platform offers users a plethora of different applications that actually do a pretty good job of catering to the needs of audience on the Android platform.

From education to entertainment, you can find it all on Google Play Store.

Many consider Google Play Store to hold the most number of Android applications in the whole world.

We’re not sure if anyone can bring evidence against that tiel.

Moreover, we have written this guide to let you know which Android apps made it to the top of the lists in terms of number of downloads for the year 2018.

So let’s dive in.

Summary of the most popular Android apps in 2018.

The most downloaded apps on Google Play Store in 2018 go something like this (we’ll only mention the top 10 ones here in this overview),

The apps that you can download on Google Play Store

Our research shows that if you spend a bit of time thinking about all the apps that are available on Google Play Store, you will quickly realize that the number probably runs in the millions.

We have come to know that the exact number if around 2.1 million apps.

That’s what is currently present in the Google Play Store database.

We are aware of the fact that Google Play Store represents a newer Android app platform.

However, that means nothing to Google since it has managed to surpass the App Store from Apple rather quickly.

Of course, we are talking in terms of the total number of available applications here.

The quality does not come as a factor in our discussion here.

In other words, it isn’t always a good thing if a particular platform has the most number of something or anything.

What you need to understand here is that the vast majority of the apps that are available on the platform are fake.

Then there are those apps which are malware-infested. 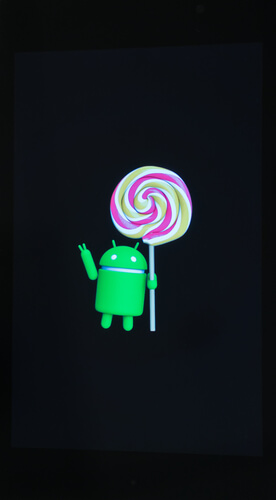 This is where we want to leave you as far as this section is concerned.

So let’s move on to the next one.

Just recently Priori Data managed to reach the conclusion that the world’s most downloaded Android apps could combine their download numbers to surpass the mammoth figure of 3.6 billion.

As mentioned at the top as well, currently WhatsApp leads the way in terms of pure numbers.

WhatsApp app did not break a sweat on its route to becoming the most downloaded Android app of 2018.

TikTok, the latest in the long line of video applications came in at a respectable fifth.

It should not be hard for any readers to realize that Facebook furthered cemented its position as the world’s biggest hoarder of data with its dominance on the list of most popular Android apps.

Actually, it becomes quite evident once you consider that the majority of the apps that appear on the most popular Android apps list have something to do with Mark Zuckerberg.

In fact, our research clearly shows us that Facebook-owned apps gathered around 2.5 billion downloads if we take the collective number for just 2018.

You can easily find chars on the internet that show the world’s highest grossing Android application in 2018 on the official Google Play Store platform.

Most download apps on the Android platform in 2018: Some details 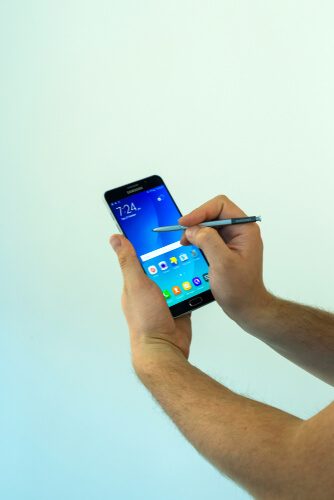 The Android app with the most number of downloads in 2018 is WhatsApp.

You do not need to do any kind of research to get it to your head that almost all mobile users have WhatsApp installed on their mobile devices.

We do not know if it is good or not but there is no denying the fact that these days, it has become impossible to live without WhatsApp as your primary communication tool.

The official WhatsApp Messenger application allows all types of users to not only send simple text messages to their contacts but also communicate via,

WhatsApp even allows users to make calls to whoever they want to by using nothing but their mobile device’s internet connection.

Of course, once you download WhatsApp on your device you should know the best way to use it a secure manner so that you can benefit to the max.

It seems that a lot of users who download the Messenger application are actually unaware of the fact that they can actually send text messages via the official and main Facebook Android application as well.

Maybe it has to do something with the user interface or something.

This apparently also explains why Facebook Messenger (or just Messenger) manages to climb up the number two spot in the list of the most downloaded Android apps in the year 2018.

The interesting bit that we would like to mention here is that Facebook actually goes out of its way to indirectly force all its users to go to Google Play Store and then download the official Messenger app in order to receive and send messages via Facebook.

A lot of Facebook users still do not understand that they have the option of achieving the same thing if they use the desktop version and not the mobile version.

Hence they have to download the actual app on their devices.

It takes the enviable position number three on the list of the most downloaded app for Android in 2018.

There is little doubt about the fact that social media platforms have dominated this era of the internet.

And for a huge portion of the population, the official Instagram application has become the essential app.

Perhaps even ahead of WhatsApp.

In fact, the reason why we think Instagram has such a huge user base is because it provides users with a fun, creative and simple way to not only capture, share and edit photos but also do the same with messages and videos.

You just need to make sure that while you are on Instagram you need to check out and understand all the ways in which you can properly secure your online social media profiles and accounts in order to prevent security and privacy breaches.

The main app finally makes it to the number 4 spot.

There is a high chance that you do not need any introduction on Facebook.

But if you do then you need to know that this is the app that assists online consumers to keep in touch with the latest happenings in their country and around the world.

Facebook is able to provide users with information on all the recent events that they ought to know about.

This is impressive given the rise of Instagram as the social media network that is making the most impact in the online world.

Of course, Facebook owns it so there are no worries there.

But the fact that Facebook can go this strong even in 2018 is truly remarkable.

We’re not saying Facebook made use of totally legitimate means to get there though.

We all know that everyone likes to watch mobile videos in the short form.

But Tik Tok is anything but your average and regular streaming destination.

TikTok is pretty much without any perceivable limitations.

The app is real and raw.

With an app like Tik Tok on your mobile device, you will find that life is definitely more fun to experience.

TikTok, in a weird way, reminds you to live in the moment.

It also encourages users to go to great lengths in order to explore the world that resies in TikTok.

You have the opportunity to download this game, install this game and play this game all you want because it is free.

We hope we are not being redundant when we say that you can kill a lot of your free time (if there is such a thing such as free time) standing in long queues or waiting at the immigration office in order to get some paperwork done.

In other words, if you just can’t wait it out, better to play something on your phone provided it has the battery for it.

All you have to do to get success in this game is to control a ball that is diving downwards.

There are also other obstacles that you have to overcome.

The more you score, the better is your rank.

Moreover, it also provides users with free web feeds about stuff that is related to,

Just recently the official SHAREit app also welcomed the addition of its own media player.

We have found that media player to be moderately powerful.

It helps users to not only manage their content but also enjoy their audio and video.

Think of this Android app as a faster and lighter version of the main messenger app.

This is the app you would want to have on your Android device if you want it to work properly under any and all network conditions.

Our research shows that, Messenger Lite is not only fast but also very data-efficient.

It is the perfect messaging application to have on your device to reach out and connect to people who you want to be in your life.

What is this Android app?

A mobile video game available on the Android platform.

More specifically, the Free Fire Android game is pretty much the ultimate survival and shooter game.

The way this game works is that it puts the player on a new and remote island every 10 minutes.

On that land, the game pits you against a total of 49 other mobile players.

And you have one goal.

Since every other player is trying to do that as well, we imagine you will have quite a ride in trying to survive.

You could get your curiosity fix by reading this list.

Or you can read this list and then try each of these popular Android apps out.

Remember, even those we have listed them as the most downloaded apps, it is a pretty sure thing that these are also the best Android apps.

Of course, the final choice is yours and we are not really in a position where we would force anyone to download these Android apps.

This is the list to show you what people have downloaded the most in 2018.

However, you are always welcomed to use the comments section below and let us know which is the Android app that you use the most.

Zohair A.
Zohair is currently a content crafter at Security Gladiators and has been involved in the technology industry for more than a decade. He is an engineer by training and, naturally, likes to help people solve their tech related problems. When he is not writing, he can usually be found practicing his free-kicks in the ground beside his house.
Home How Tos Phones and Smart Devices Most popular Android apps of 2018 right here and right now
Leave a Comment Cancel reply