And stealing a robot arm from T-Mobile.

Sources say that the indictment from the United States of America has only revealed the extent to which Huawei went in order to get its hands on secrets that belonged to T-Mobile.

This past Monday, prosecutors from the US unsealed a new pair of indictments which went against Huawei.

In the process of doing so, the Trump administration finally managed to escalate its battler with Huawei, the smartphone giant from China.

In one of the US indictments, prosecutors also mentioned the name of Meng Wanzhou.

For reference’s sake, Meng Wanzhou is the current chief financial officer of Huawei.

It turns out, she is also the daughter of the man who founded the company.

The indictments from the side of the US have indicted her along with Huawei (the company) of selling United States technology to Iran.

That, according to the US, went against the US sanctions that it had on Iran.

The other thing readers should note here that the indictment accuses Huawei of stealing the cell phone technology from T-Mobile in as literal a sense as is possible.

According to the US indictment, the US has evidence that an employee working for Huawei managed to enter a testing lab that belonged to T-Mobile and then continued to put a T-Mobile proprietary robotic arm right into a laptop bag that he had brought with him.

After that, the employee proceeded to walk out of the lab.

It turns out, the Huawei employee heist represented the final step in a series of steps where Huawei had launched increasingly aggressive efforts in order to learn how the smartphone testing system belong to T-Mobile worked.

Apart from that, prosecutors from the US side have also argued that the new paid of indictments have actually revealed a culture of stealing and deception on part of Huawei, probably the biggest smartphone giant in China.

Christopher A. Wray, an FBI director, recently said that Huawei along with some senior executives working at the company repeatedly and directly refused to show any respect for the laws that exist in the United States of America.

He also said that the company did not follow established international standard business practices.

Because of that, the United States government has actually been forced to take the rather extraordinary step of not just filing one but a total of two indictments, both of which are against a single Chinese smartphone manufacturing company, Huawei.

So what is the deal with the T-Mobile robot arm?

It turns out, T-Mobile had actually developed a brand new and state of the art robot which went by the name of Tappy.

The company did that in order to maintain the high quality of the smartphone units that it managed to resell to customers.

Tappy, could rely on a mechanical finger.

This finger could then simulate hundreds of hours of real-world mobile usage.

The company had designed the robot so that it had a good grasp of catching various kind of flaws in T-Mobile smartphone devices before the company went ahead and sold those phones to various customers.

Needless to say, the robot arm helped the company to raise the levels of customer satisfaction.

Not only that, T-Mobile also managed to reduce product returns.

Now, T-Mobile had given access to various smartphone vendors such as Huawei and others so that they could use the facility at the lab that contained the robot arm in order to test some of their own smartphone models.

According to official documents regarding the indictment, the Chinese smartphone giant had a desperate need of a robot arm to perform testing of its own.

With the use of the robot arm, Huawei could both pass all the T-Mobile-related tests and test smartphone devices of their own which the company sold to various other carriers around the globe.

Going into more details, it turns out that T-Mobile actually granted a small number of particular USA-based Huawei employees high-level access to its own testing labs.

But it had done so under a strict NDA or non-disclosure agreements. 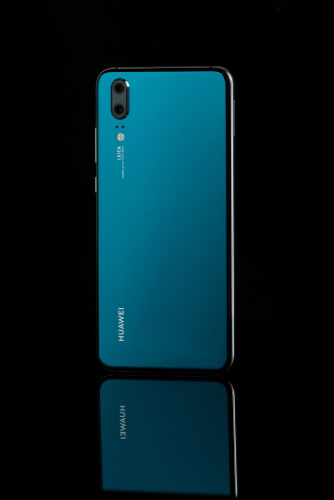 However, back in the middle of 2012, various people from the Chinese arm of Huawei began to put pressure on all the employees that worked in the USA to gather even more information on how exactly the phones belonging to T-Mobile worked.

The indictment says that in the beginning, officials at Huawei China made limited efforts which did not go beyond asking various T-Mobile employees to tell them more about the company’s T-Mobile robot and how it worked.

But, around the time when January of 2013 came about, T-Mobile almost had enough of Huawei employees constantly badgering the company’s employees and workers for more details on how the T-Mobile robot arm, Tappy, actually worked.

In other words, T-Mobile had, in reality, grown tired of Huawei.

One of the US-based Huawei employees sent an email to the company’s China headquarters that they could no longer ask TMO any and all questions related to the robotic arm.

The employee also wrote that TMO had become very angry because of all the questions that they (Huawei employees working in the US) asked TMO about the robot.

Moreover, the employee also apologized for not being able to deliver any kind of new information to Huawei China employees.

Apart from that, by the time April came around, T-Mobile began to threaten Huawei that it would ban all Huawei employees based in the US from its labs if those employees did not put an end to asking more details about how the company’s robot arm Tappy actually worked.

In a weird twist of events, Huawei did not back off.

Instead, the China-based smartphone company allegedly escalated all its efforts that fell into the category of industrial espionage.

So allegedly, what Huawei did was it flew a software engineer from its headquarters in China to the city of Seattle.

Seattle was the place where the testing laboratory belonging to T-Mobile had been operating.

Apparently, Huawei did that so that the employee cold personally take a look at and properly inspect the T-Mobile Tappy robot.

After his arrival, the Huawei-employees that T-Mobile had cleared to access the lab, helped the freshly-landed engineer sneak into the company’s Tappy-containing lab.

Unfortunately, there was already a T-Mobile employee present at the lab who discovered that there was a Huawei employee in the lab.

As expected, the T-Mobile employee told the Huawei China employee to leave the lab.

But the Huawei China-based engineer did not deter.

He along with other US-based Huawei employees returned to the same lab the following morning.

The China-based Huawei engineer, according to the indictment, took a multiple number of unauthorized photographs of T-Mobile robot arm Tappy.

And then also managed to gather otherwise technical information about Tappy, the T-Mobile robot arm.

This time too, an employee working for T-Mobile managed to discover that something weird was going on.

And as expected, he ordered that group of Chinese engineers to leave the lab. 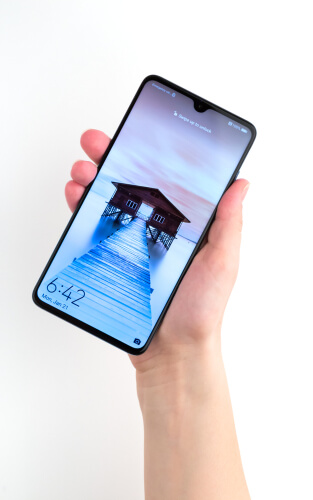 And moved ahead to ban the majority of the US-based Huawei personnel from the company’s Tappy-containing lab.

It only allowed one single Huawei employee to continue to have privileges using which the engineer could test Huawei’s own smartphone devices that T-Mobile had already slated for official release in the coming months.

However, just a short couple of weeks after the T-Mobile-ban, that one single Huawei employee managed to steal a robot arm from one of the company’s (T-Mobile) Tappy robots from the company’s own labs.

Then he proceeded to remove the robot arm from the T-Mobile laboratory.

According to US prosecutors, the engineer from China also performed a deep and technical analysis of the Tappy robot arm and then moved ahead to take lots of photos of the arm.

The US indictment mentioned that some of those same photographs actually depicted the exact width and other measurements of specific parts of the Tappy robot arm.

It also mentioned the pictures included a measuring device right next to the robot arm parts.

The Huawei employee did return the next morning to return the Tappy robot arm and said that he only took the arm home by accident.

As expected, the excuse did not impress T-Mobile.

Following the latest incident, T-Mobile banned each and every Huawei personnel from the company’s lab.

Understandably, Huawei began to worry that the robot-arm-stealing incident could actually end up upsetting T-Mobile so much that the company may run any chance of Huawei making a break into the very lucrative US mobile market.

Readers should know that the first major United States career that started to sell phones from Huawei was T-Mobile.

The pair of indictments from US prosecutors also charged that the Chinese giant then went to extraordinary lengths in order to successfully mislead T-Mobile about the exact details of what took place.

Zohair A.
Zohair is currently a content crafter at Security Gladiators and has been involved in the technology industry for more than a decade. He is an engineer by training and, naturally, likes to help people solve their tech related problems. When he is not writing, he can usually be found practicing his free-kicks in the ground beside his house.
Home Internet Security News The United States has indicted Huawei for selling technology to Iran.

2 thoughts on “The United States has indicted Huawei for selling technology to Iran.”