Amid global protests of police brutality, internet traffic data indicates that hackers have started to launch cyberattacks on prominent civil rights advocacy organizations in the U.S.

Protests have erupted across the U.S. in the past two weeks over the death of George Floyd, an unarmed black man who was killed in police custody on Memorial Day.

The protests call for change in the policing system, as the use of deadly force to subdue and arrest unarmed citizens comes under increased scrutiny.

In this case, the Minneapolis Police Department officer held his knee on George Floyd’s neck for nearly nine minutes, all while Floyd repeatedly stated that he couldn’t breathe. Floyd became unconscious in the final minutes of the incident, after which he was taken to the hospital and pronounced dead. 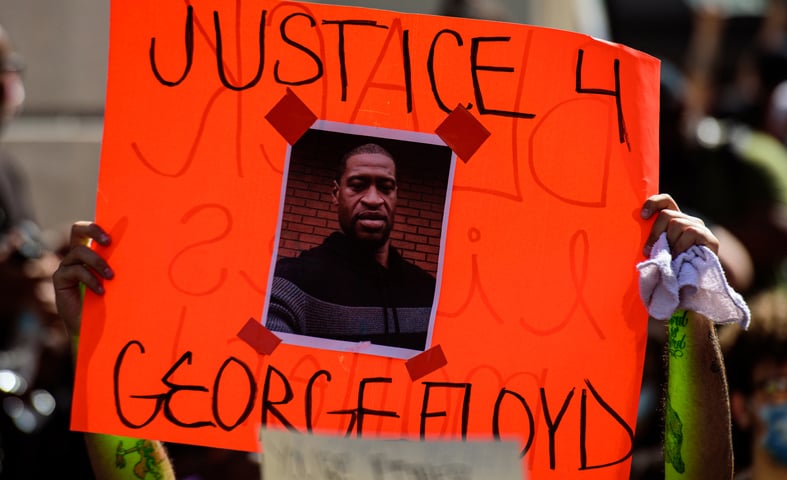 The incident, which was recorded by bystanders on a smartphone, sparked demands for police reform under the #BlackLivesMatter movement. As the protests have expanded globally and intensified across all U.S. states, cybercriminals have begun targeting civil liberties organizations more than usual.

Cloudflare has reported that hackers are increasing their level of attacks against organizations that support civil liberties.

RELATED CONTENT: Cybersecurity for Activists: How to Protect Yourself When Protesting for Change

The company, which provides cybersecurity and DNS protection services, collected statistics for the past view weeks and analyzed HTTP requests that were blocked in the time frame.

Cloudflare then compared that data to a corresponding period in April. In its report, Cloudflare stated that it had blocked more than 116 billion HTTP requests that tried to perform DDoS attacks or break into various APIs (application programming interfaces), apps and websites on April 25 and April 26. 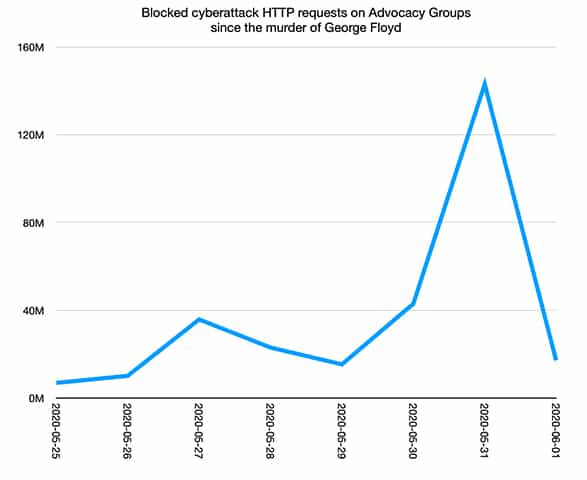 But when Cloudflare compared that to the number on May 30 and May 31 (corresponding to the weekend after Floyd’s death), it found that hackers had launched a whopping 135 billion HTTP requests. That amounts to around a 17% increase, month to month.

Not only that, but the security provider also found that on Sunday, May 31, hackers launched 26% more cyberattacks when compared to the Sunday of April one month earlier.

Cloudflare also studied the exact categories of websites and apps that hackers targeted in the latest round of attacks.

Researchers working at the firm found that the majority of the internet properties that hackers targeted belonged under the category of advocacy groups. 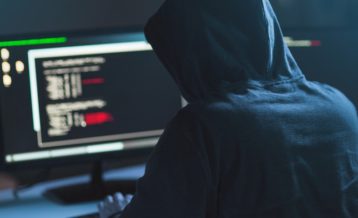 Matthew Prince, the current CEO of Cloudflare, along with CTO John Graham-Cumming, explained that the advocacy group category went from having no cyberattacks launched against them back in April, to suffering a peak attack number of 20,000 HTTP requests every second on just one of their websites.

In addition to that, the firm also noted that one of the hackers made use of a compromised server based in France and then spent the next 24 hours attacking a website belonging to the advocacy group category.

Graham-Cumming and Prince also shared additional details regarding Cloudflare’s Project Galileo initiative, which seeks to provide cybersecurity solutions to vulnerable targets that might not have online security defenses in place to prevent attacks.

Vulnerable targets include political dissent groups along with humanitarian organizations. Cloudflare reported that over the past few weeks, hackers have started targeting organizations participating in Project Galileo whose mission is to fight racism and pursue social justice for marginalized people. 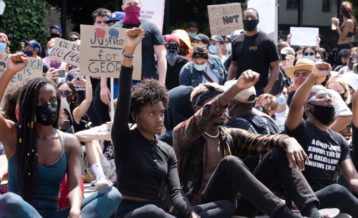 The benefit of Project Galileo to nonprofits and advocacy organizations is that it provides cybersecurity solutions to groups that might not have a budget for mitigating cyber threats and preventing attacks.

For the moment, it appears that Black Lives Matter and the organizations that support it are under attack by an unknown group of hackers. Hacktivists trying to provide support for the movement might also have to bear the brunt of this new wave DDoS cyberattacks against them.

Although, groups like Anonymous have started launching their own DDoS attacks for the cause. They’ve already taken down the Minneapolis Police Department website and posted a video on Facebook threatening to expose the agency’s history of corruption to the world.