For a fairly long period of time now, Australian viewers have consumed high-quality entertainment from ABC or the Australian Broadcasting Corporation.

We have finally reached a time when online consumers such as yourself can also enjoy the official ABC iView service in other parts of the world no matter which country they reside in.

And the best way to do that is to use a good VPN service.

In this guide, we will take a look at some of the best VPNs for iView.

So watch ABC iView outside Australia, the best VPNs that you can sign up for right now are,

Why should you use a VPN with ABC iView?

Needless to say, the major problem with consuming content via ABC iView is that ABC iView only offers content in Australia.

And that is where its availability ends in Australia.

What does that mean for the end user?

It means that anyone who has a desire to watch ABC iView from outside Australia would have to face geo-blocks.

With that said, you may find that you are able to access the official website even when you are not in Australia.

You may even get the option of checking what type of content is available via this site.

However, if you actually make an attempt to go ahead and watch anything, the site would slap you with an error message.

The error message would simply tell you that the program that you are trying to watch is only available to users who are in Australia.

ABC iView has to restrict content to certain users this way because it wants to abide by the licensing deals it has signed.

The main message that we want to give you here is that if you want to watch everything there is to watch on ABC iView then you need a VPN service as it is the most feasible way to move forward.

ABC iView leverages all these different types of media delivery systems to provide users access to a rather extensive selection of,

In addition to that, the official ABC iView platform also offers you content from other networks such as,

As you can probably see, there is so much to love about services such as ABC iView.

To sign up for a VPN service to watch ABC iView from any country in the world. 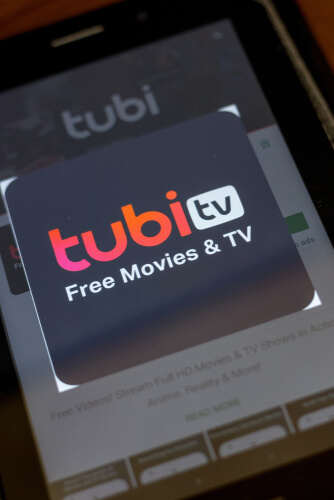 IPVanish is the best VPN for ABC iView that you will find in the VPN market today.

This VPN service provider offers users hundreds of VPN servers which are located in over 60+ countries.

And as you would expect, Australia is included in that country list.

Our research shows that users should expect pretty much lightning fast VPN connections which would help them get the best of their online activities such as,

In addition to that, it is also possible that IPVanish does not store any kind of logs on its customers.

Moreover, it allows users to connect up to a total of five different devices.

IPVanish is a top contender in any list of best VPNs for any purpose but it is especially effective for ABC iView.

You can easily use servers belonging to IPVanish to spoof your location to either the UK or the US.

Our research also shows that depending on your luck, IPVanish can work with Netflix.

Just make sure that you do not automatically connect to the best server in any given location.

Select your own server in a given city and Netflix should work.

Apart from that, expect IPVanish to work with BBC iPlayer and Steam without any issues.

IPVanish no longer offers users a free trial of its premium service.

However, all of its packages come with a seven-day money-back no-questions-asked guarantee.

Click here if you want to read a ton more about IPVanish in our complete IPVanish review.

To avoid confusion and read on for the VPN service that is not just best for everyone but best for you, click here.

If we are only talking about security and the ability to work with services such as Netflix and ABC iView, then there is hardly any other VPN service that is better than NordVPN.

It is the best, according to some.

Our research shows that NordVPN is the only VPN service that is able to bypass various Netflix VPN blocks on a consistent and regular basis.

And that, in turn, means that you can expect it to work pretty well with ABC iView as well.

Just like the rest of the VPN services on this list, NordVPN also offers a multiple number of VPN servers in Australia.

Needless to say that these can come in handy whenever you need to make sure that you spoof your location to none other than Australia.

With the help of services like NordVPN, you have the option of easily accessing each and every piece of content and that too without any kind of restrictions.

NordVPN does a terrific job of keeping you protect against all sorts of privacy threats on the internet with its advanced security features.

Not only that, it also provides customers with an official 30-day no-questions-asked money-back guarantee.

Click here to read more about NordVPN in our full NordVPN review.

For example, ExpressVPN offers users a multiple number of servers in Australian cities such as Melbourne and Sydney.

That is just one of the reasons why this VPN service is recognized in the industry as a superb and high-quality VPN service.

ExpressVPN provides you with dedicated and custom-made VPN apps for almost all of the major platforms.

Of course, the more important aspect of ExpressVPN is performance.

The performance that ExpressVPN offers to users via its servers is nothing short of remarkable.

Now, you should keep in mind that ExpressVPN is actually more expensive than other VPN services which are on the market.

But our research shows that ExpressVPN is absolutely worth the money. 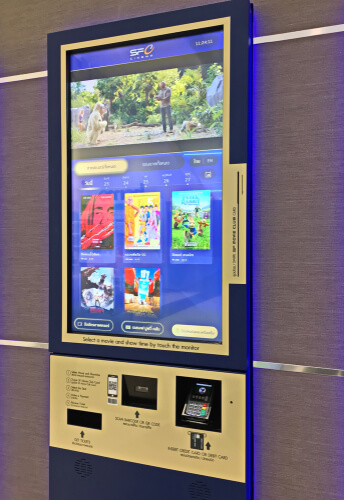 Apart from the benefits that we have mentioned above, ExpressVPN also offers the tremendous benefit of having a zero-log policy.

In other words, it doesn’t keep track of any activities of its users.

To learn more about ExpressVPN, all that you have to do is to read our ExpressVPN review.

This VPN service provider just makes it to the list of best VPNs for ABC iView.

BulletVPN is a VPN service that protects its customers’ online privacy and anonymity.

The company has everything in place for users just like yourself to actually surf the web and also visit their favorite online services and sites via its global VPN server network in order to have an upgraded online experience.

Along with that BulletVPN also utilizes VPN protocols such as,

This allows the service to make sure that all of you folks get to enjoy the freedoms of the internet without any kind of compromises.

In order to learn more about BulletVPN, read our full BulletVPN review.

Australians who are living abroad have to experience a lot of frustration because of geo-restrictions.

The same goes for other international viewers.

And the core area where geo-restrictions hurt the most is of streaming sites.

ABC iView is one of the handful of services that offers premium high-quality content at a reasonable rate.

We have listed the ones that we think are the best to watch ABC iView from.

So which do you think is the best VPN for ABC iView?

Use the comments section underneath to let us know your thoughts.

Zohair A.
Zohair is currently a content crafter at Security Gladiators and has been involved in the technology industry for more than a decade. He is an engineer by training and, naturally, likes to help people solve their tech related problems. When he is not writing, he can usually be found practicing his free-kicks in the ground beside his house.
Security Gladiators Platform Streaming Best VPN for ABC iView: The Complete Edition

6 thoughts on “Best VPN for ABC iView: The Complete Edition”