Skip to content
Security Gladiators Platform Streaming Kodi addon How to watch Crackle on Kodi: the Complete Edition
"SecurityGladiators via the buttons"

You know that you are looking at a piece of software that is trustworthy when Sony owns it and that is exactly what Crackle Kodi addon is.

The fact that Sony owns it is also the reason why Crackle is actually filled to the brim with content that is much more reliable than any other Kodi add-on official or unofficial in any given repository.

Additionally, despite the fact that the quality of the content available via Crackle is high, it is still absolutely free to use.

The other thing that distinguishes Crackle Kodi addon from the majority of other Kodi addons is that it has geo-restrictions on its content.

In other words, it isn’t available everywhere.

Our research shows that developers behind Crackle have designed the Crackle Kodi add-on primarily for people who live in the US.

Therefore, users who live in countries not named the United States of America will have to sign up for a VPN service in order to access the Crackle Kodi add-on from Kodi.

In this guide on how to install Crackle on Kodi, we will also try our best to introduce readers to some of Crackle’s major subcategories of content.

Before we actually start though, how about giving the next heading a read?

In this guide on how to install Crackle on Kodi, we will mainly talk about software that has been developed beforehand for Kodi.

Kodi is based on an open-source piece o code.

With that said, the software that we will mention in this guide comes from unofficial third-party developers.

Moreover, the software is actually available for the public without any charges.

Security Gladiators in no way claims any kind of responsibility for the way any reader of this guide may decide to use the software mentioned here.

Also, note that Security Gladiators does not officially condone the sharing of content that is pirated or any other type of copyright infringement.

Security Gladiators is also not affiliated with any kind of software that is mentioned in this guide in any other way. 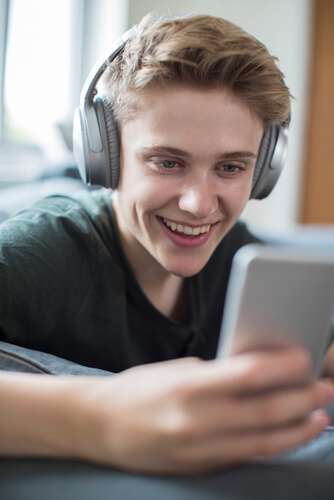 Warning: It is a bad idea to use Kodi without a VPN.

Well, let’s put it this way:

there are a ton of reasons why no one should ever use Kodi without a VPN installed on the streaming device.

Some of them are,

Our research shows that a good number of Kodi users basically install these third-party illegal Kodi add-ons on their Kodi streaming devices in order to have access to all the latest and the greatest TV shows, audio content, sports, movies and a ton of other stuff all for the sweet sweet cost of nothing.

In other words, free.

Very few Kodi users actually have an interest in installing an official Kodi addon because the amount of content it offers to users is a lot less when compared to unofficial Kodi add-ons.

However, what we want users to understand here is that that the video content, or most of it, that is available via illegal Kodi addons is usually scraped from the internet and. Most of the times, copyrighted material.

Hence, users who are accessing such Kodi addons should know that their internet service provider might have its eyes on them and may even be recording their online activities.

Internet service providers can do that by tracking the user’s IP address.

After that, any given internet service provider is free to share that information with any company and/or government department if a request comes to them.

If that happens, no one needs us to explain why that could land any Kodi user in legal trouble.

So in order to actually stay away from all such legal trouble, Kodi users should seriously think about connecting to a VPN service before they connect to Kodi in order to hide their online identity.

A VPN service would hide their identity by rotating their IP address while they enjoy all the benefits that come with streaming premium Kodi content.

This is the best and perhaps the only practical way of staying safe from all kinds of digital prying eyes.

Most of our readers would already know that there are a lot of official Kodi add-ons available via the official Kodi repository such as,

But all of such Kodi add-ons have geo-restrictions on them.

What we would like to mention here is that, these geo-restrictions also apply to those Kodi add-ons that aren’t in the official repository.

One example is Acestream that has the ability to fetch vast amounts of data from torrent files.

In order to successfully unblock all such restrictions, the user has to make sure that he/she is making use of a good VPN service no matter what the situation is.

As mentioned before as well, there are lots of other reasons why users should use a VPN service with Kodi.

But we think the two we have mentioned above should suffice for anyone and everyone.

This is also why we have no choice but to warn users and tell them that they need to use a VPN for Kodi.

VPN services make Kodi streaming a lot safer for everybody. 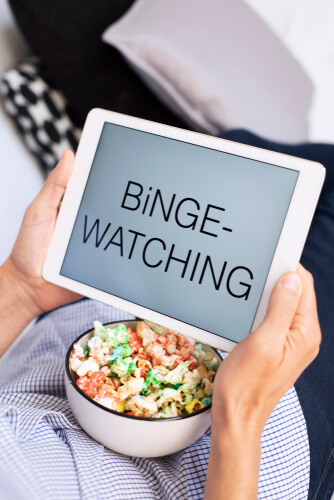 Now, since the market is filled with many VPN services, sometimes it is hard to figure out which VPN service is the best.

We have reviewed a ton of VPN services for Kodi on this very site.

And our research shows that the one-stop complete solution to the question of VPN for Kodi is IPVanish.

IPVanish is not only a great VPN service provider from an overall perspective but it also a top Kodi VPN.

And the reason is simple.

It has support for almost all Kodi add-ons and is safe.

to sign up for IPVanish right here and right now from the official website and at a discount.

The basics of Crackle Kodi Addon

As alluded to before as well, Crackle is owned by Sony and is basically a streaming service.

It is very similar to the likes of,

With that said, the one single way in which Crackle differs from these streaming services and platforms is that Crackle does not require from the user any type of subscription fee.

Readers should not get us wrong.

Crackle does have in place a good business model.

For the end user that means that Kodi users can get a lot of benefit from Crackle in the form of high-quality entertainment for free.

And all that users have to do is to install the Crackle Kodi addon on their streaming Kodi devices.

With that said, let’s get started with the process of installing Crackle.

How to install Crackle on Kodi?

The first thing readers should know here is that Crackle, as a Kodi add-on, is available for users via the official Kodi repository.

And because of the fact that the add-on is available via the official Kodi repository, it makes the actual process of installing the add-on hassle-free and straightforward.

After that, users should locate the Crackle Kodi addon in the shown list (which can be very long) of Kodi add-ons.

We are aware of the fact that some new Kodi users would not know how to go about executing the instructions that we have just mentioned.

That is why we have created a step-by-step guide on how to install Crackle on Kodi below.

What we have done with our guide is that we have grouped each required step in order so that users find it easier to follow along.

Step by step guide on how to install Crackle on Kodi

What good is Crackle Kodi add-on?

We have already touched upon this lightly but Crackle Kodi add-on is an add-on that offers users a huge collection of movies and TV shows.

Crackle has managed to organize all its content in two main categories clearly.

Those two categories are TV shows and movies.

Both come in the form of lists.

Crackle gives the Kodi user access to its full catalog and it does not even require the user to log in to the Kodi addon.

However, it makes sense that users who want to see some relevant recommendations and suggestions based on their own history should probably create an account on the official Crackle website and then use the credentials to log in to Crackle Kodi add-on.

With that out of the way, let’s talk a bit about the two categories that we have just mentioned.

In this category, Crackle gives Kodi users a list of popular and trending tiles from all places of video production such as Hollywood and others.

In order to access a specific piece of content, the user has to make use of Kodi’s default search feature which appears on the left-hand side.

Crackle even has some original movies on offer which are easily available via the relevant menu.

Just like the movies category this category also comes in the form of a collection of all the trending and popular TV series from places such as Hollywood.

Users have the option of filtering the given list of TV shows and movies via the default search feature available, again, on the left-hand side.

The TV category offers users some of the highest-rated TV series of all time.

Just go and have a look because we don’t want to influence your choice but TELLING you which series is good and which is not.

The official Crackle Kodi add-on is not only massive, it is also good.

It offers all its movies and tv series to Kodi users for free.

Hence, it does enough to impress us with its content organization and good collection.

Needless to say, we think every Kodi user should give this Kodi add-on a try at least once.

Now, readers should use the comments section below to inform us if they face any kind of problem while trying to install Crackle on Kodi.

Security Gladiators always tries its best assist its readers in as timely a manner as possible.

This is also a good time to share this Crackle on Kodi installation guide with friends and family if it has proven itself as a useful guide.

Zohair A.
Zohair is currently a content crafter at Security Gladiators and has been involved in the technology industry for more than a decade. He is an engineer by training and, naturally, likes to help people solve their tech related problems. When he is not writing, he can usually be found practicing his free-kicks in the ground beside his house.
Security Gladiators Platform Streaming Kodi addon How to watch Crackle on Kodi: the Complete Edition

2 thoughts on “How to watch Crackle on Kodi: the Complete Edition”