We have finally come to a point where every day it feels like another online consumer comes to the realization that the online world affords them from little to no privacy.

As a result of that realization, more and more online consumers are not saying enough is enough.

A good number of online consumers are now deeply upset about the current state of consumer relationship with technology companies.

Hence, many have already started to quit Facebook along with Twitter and have also begun to avoid Amazon.

Some have even given up Google.

And this is where a search engine like DuckDuckGo comes in.

It is now a ten-year-old online search engine.

However, it also tries to play its role as a privacy company on the web.

It also offers users web browsing safety utilities that bring down the number of companies and sites which are busy tracking the user across the world of the internet.

The services that DuckDuckGo offers pretty much work in tandem with all those apps that a big portion of the online consumer market is already using.

DuckDuckGo services allow users to customize their web experience with the help of different levels of privacy protection.

For clarity’s sake, DuckDuckGo services are pretty much, unlike any other web security measure.

Most of the web security measures are very Intensive such as setting up a VPN and/or using Tor.

However, with DuckDuckGo services users can get the maximum amount of benefits from its tools without ever letting those tools have a big impact on their web browsing experience.

Some have called such tools the gateway drug if we’re only talking about online security.

Moving forward, readers who are ready to experiment a little, should read the upcoming sections in order to know everything one must know in order to integrate DuckDuckGo services into one’s online life.

The core service that DuckDuckGo provides to users is DuckDuckGo search. 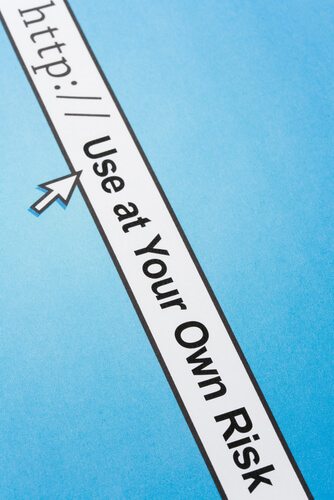 And DuckDuckGo means it when it says that it provides users with tracker-less search.

In order to search via DuckDuckGo users have to utilize a simple search bar.

They can do that either via the bar that appears on the official DuckDuckGo website or using just their web browser’s address bar.

The search bar has enough quality about it to allow users to get information on anything that they want.

In other words, it is just like Google in that sense.

Assuming that everything goes as it should, users should not really notice any prominent or substantive differences between DuckDuckGo and Google.

Our research shows that the only place where Google is far ahead of DuckDuckGo is in the image department.

So don’t be surprised if there is a noticeable difference there.

As for the process of switching to DuckDuckGo search, it is actually pretty easy.

The most important point here is that users do not have to change any of their online browsing habits.

This allows users to make use of DuckDuckGo when the yare searching via the web browser’s URL bar.

With that said, it is true that the exact path might actually vary a bit.

However, the process of jumping ship and changing one’s default web browser from Google to DuckDuckGo is pretty much the same across all the web browsers.

Concretely, users first have to go to their web browser preferences and then search for the section that says Search Engine.

After that, users have to click the option that says Default Search Engine.

Some web browsers might have the same option as Search Engine Used In The Web Browser Address Bar.

Our research shows that most of the web browsers in the market today default to the official Google search engine hence users can also change course and look for a simple drop-down menu list in order to set the default search engine away from big G.

Readers should note that typically the drop-down list features a total of five or more search engines.

However, in our case, we would want users to switch to the official DuckDuckGo search engine.

On the other hand, if users install the official DuckDuckGo web extensions for Firefox and Chrome then those would automatically go ahead and reset their web browser to use DuckDuckGo.

That is likely to happen right after the user installs these extensions.

DuckDuckGo Privacy Essentials: A browser extension that acts as an educational ad-blocker 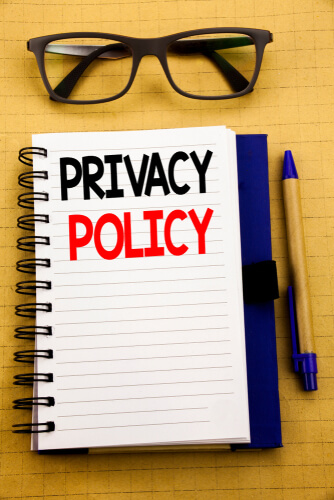 Now speaking of DuckDuckGo Privacy Essentials, even though we have mentioned that it is just another browser extension for privacy, what it actually is, is an ad-blocker.

In other words, it has the capability to prevent and block websites from showing users pop-ups, banners and any and all other types of advertisements that it manages to find as the users browse the world of the internet.

Of course, users have the option of deciding to whitelist a given service or website.

Once they do that, DuckDuckGo Private Essentials has no problems in giving it a pass for free.

Basically, anything and everything that the user has not agreed to via the given service’s or site’s terms of service.

Additionally, and perhaps even more significantly, DuckDuckGo Privacy Essentials has the capability to show the user who and what trying to track and hoard user data.

The official extension from DuckDuckGo is available to users on the Firefox and Chrome web browsers.

We would also like to mention here that DuckDuckGo Privacy Essentials actually goes beyond simply sending requests such as Do Not Track and blocking web trackers from third-party companies.

More specifically, it also displays a complete list of web trackers that it has blocked for the user so that the user himself/herself can see what and who is trying to track him/her and gather data on him/her.

The extension also helps users to stay mindful of their digital privacy.

So whenever users make their way to a given webpage, DuckDuckGo springs into action and generates an exclusive privacy grade for that specific site.

It comes up with that grade by looking at the total number of tracking requests that it manages to block on the page.

Moreover, DuckDuckGo Privacy Essentials also gives weight to reviews from Terms of Service: Didn’t Read or ToS: DR, a privacy watchdog, while it is grading websites.

Not only that, it can also, sort of, force websites and services to make use of encryption on their connections.

That alone minimizes the total number of web companies watching the user at any given time.

Users who want to take advantage of such features should know that it is very easy to d oso.

Once they have installed the extension, all that they have to do in order to see their current service’s or webpage’s privacy grade is to click on the extension icon that appears on the web page whenever they navigate to a given site.

If users just click on the icon, DuckDuckGo shows the user a complete breakdown of how its Privacy Essentials extension actually went about calculating the privacy grade.

DuckDuckGo Privacy Browser: A unique phone application that acts as a burn bag for the user’s web browsing data. 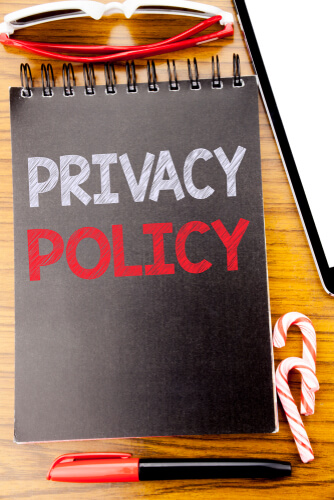 When it comes to platforms such as Android and iOS, DuckDuckGo makes sure that It goes the extra mile to protect user privacy.

So instead of simply injecting its privacy tools into various other Android apps, what it does is that it gives users the option of replacing their current web browser pretty much wholesale with DuckDuckGo’s Privacy Browser app.

As mentioned just now, it is available both on the Android and iOS platform.

Our research shows that the Privacy Browser is actually an app which is, in turn, a simplified version of any given modern but a standard mobile web browser.

In other words, it is just like Safari and/or Chrome.

In fact, the whole extension is simply baked into the app itself.

No one needs more reminders on how advertisement companies try their best to serve users lots of ads.

As mentioned before, the DuckDuckGo Privacy Essentials offering makes sure that it prominently shows the privacy grade in the left-hand corner of the browser bar at the top.

This has the effect of making the user feel free and safe while he/she is surfing the web in a comfortable manner.

With that said, we would also like to mention on other extra feature that comes only with the Privacy Browser app.

And that feature is called Burn.

Actually, it is a button.

It appears in the bottom section of the web browser bar.

What does it do?

Now, it is true that DuckDuckGo does not engage in the business of sharing the user’s data with any given advertising company.

However, it does store some data internally.

Moreover, it also saves data, again internally, as the user is making use of services such as autocompleting where the browser automatically fills the given site’s address If it detects that the user has already visited the site.

The DuckDuckGo Privacy Browser Burn button makes sure that it deletes the user’s data and then allows the user’s to start over.

And we all know what they say about data:

However, our research shows that the app can actually become a bit annoying to use.

That is forgivable since it works even harder in order to make sure that it protects the user’s privacy.

Apart from that, users should remain aware that they cannot really transfer any of their bookmarks or other stuff from other mainstream web browsers.

Moreover, DuckDuckGo does not offer the user any type of feature where it has a convenient but invasive and also hands-off approach to various other apps that the user may use such as Chrome and/or Gmail.

With that said, it is also true that a lot of sites that have come around to finally defaulting to an encrypted connection when the user is on a desktop web browser, do not really go about doing the same when it comes to the mobile version of their site.

In the end, though, users get close to 99 percent of all the great privacy features that DuckDuckGo offers to users by simply installing its various extensions and apps.

Our research tells us that users who have had enough of all the creepy third-party-developed online advertisements and also have gained a general understanding that all the technology companies are essentially in the market to take advantage of their digital data and nothing else, we do not see a reason why a given user should not try out DuckDuckGo products and say goodbye to the likes of Google.

Zohair A.
Zohair is currently a content crafter at Security Gladiators and has been involved in the technology industry for more than a decade. He is an engineer by training and, naturally, likes to help people solve their tech related problems. When he is not writing, he can usually be found practicing his free-kicks in the ground beside his house.
Security Gladiators Software How to use DuckDuckGo and have maximum privacy
Leave a Comment Cancel reply