Our research is clear, Disk Drill offers great utility for users who not only want effectiveness from their data recovery program but also want simplicity and quickness.

However, along with that, our opinion is that it might not offer true geeks the depth that they crave so much.

As far as data recovery applications are concerned, we do not think there is any other that is older than Disk Drill.

It has been operating in the game for a long time now.

The most reliable sources claim that the application has served the market in one form or another since the early part of 2010.

However, the simple fact that an application is old or has experience does not mean that it automatically does a better job than all others in the same field.

So let’s take a look at how Disk Drill performs when compared to rest of the data recovery software competition.

Our research shows that installing the official Disk Drill application on one’s computer machine should not take a long time.

In fact, users would probably find the whole process painless and quick.

More specifically, it should not take longer than three minutes or so from the time the user downloads the application via the official CleverFiles site till the user activates the software and readies it for the application’s very first scan.

As far as the actual user interface goes, our research shows that Disk Drill offers users some of the most modern-looking user interfaces that one is likely to see in the data recovery application industry.

On the other hand, the application does tend to suffer from probably the very same problem that lots of other data recovery programs, such as EaseUS, and that problem is that of offering a minimal designed that ends up being just too minimal when it comes to the average online consumer.

Users who want to designate the type of files that they want to search for on their first scans may find that rather than placing all the options somewhere in the front where they are obvious, they might have to dig in deep into a preferences menu that is already fairly limited, to begin with.

From there they can get more information on how to scan only by filetype.

There is also the problem of the application not letting users filter their filetype by simply typing their required filetype.

The application expects the user to select the file type individually via a tree system that is unintuitive and generally offers users more trouble than the app is truly worth for some. 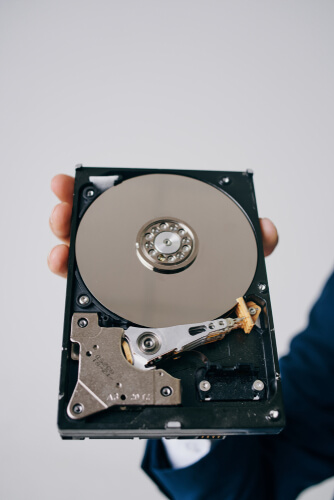 One other notable addition to the official Disk Drill list of features is the feature of Recovery Vault.

It is actually a data protection utility.

The way it works is that it runs a particular service as a background process on the user’s machine.

After that, the Recovery Vault actively runs a monitor function, of sorts, on the user’s hard drive to look for any file deletions and/or changes.

Then, it moves ahead to save the related metadata of all the files that it has found and finds in the future.

It does that so if the user ever has a need to recover such files at some point in the future, the monitor is able to make sure that Disk Drill would have a pretty much 100 percent success rate throughout the duration of the reconstruction process.

Our research shows that perhaps the best way to test the data recovery capabilities of Disk Drill Pro is to store and then delete a total of five different types of files on the system.

These usually come in the form of films which have the extension,

This is usually enough to see how a given data recovery program would go about recovering data from a given,

Our research shows that if the user has a fairly modern machine with specs close to,

On such a test system, the user should not notice any kind of impact on his/her system even if he/she goes about running the offered deep scan feature.

Moreover, users should expect Disk Drill to only make use of 10 percent of their CPU at the maximum along with 1 percent of RAM and 117.5 MB/s on the HDD while it is scanning the machine.

With that said, we’re not entirely sure exactly why it has the strange behavior of attributing the increased hard disk activity to the user’s System application account rather than Disk Drill.

But maybe that is the fault of the operating system and not of the product itself.

Our research also shows that Disk Drill is a bit of a mixed baggage when it comes to results.

In other words, it does have the tendency to jumble up video and image files during the recovery period.

There is no doubt about the fact that Disk Drill has enough quality to make sure that files such as .zip and .exe have everything that they need in order to make it out of the recovery process with 100 percent health.

Moreover, it was unable to reconstruct any of the given user files that the user may have originally deleted before the start of the test. 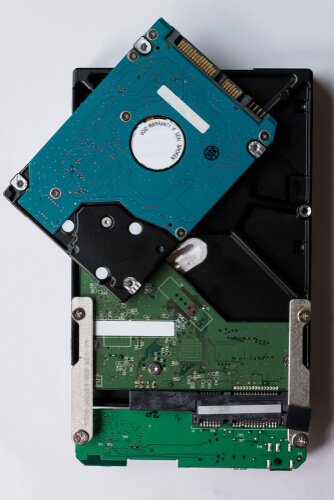 Now, having the knowledge that so many data recovery programs have managed to excel in this very category of file previews, we found it disappointing that Disk Drill missed so many files in this category.

With that out of the way, we would also like to mention that Disk Drill scored suspiciously fast numbers in full scan processes related to SSD and HDD tests.

More specifically, Disk Drill only took about 35 minutes to finish the full scan on the given HDD.

For the SSD it finished the same full scan inside 13 minutes.

Needless to say, these results comprehensively show that Disk Drill is able to blow all of its competition out of the water clean and fair.

With that said, we should also mention that we look at Disk Drill’s results on the full scan test with a bit of suspicion.

Because these scan times are crazy quick.

We think that because of the fact that these are crazy quick, Disk Drill tends to have difficulty in recovering files that the user has deleted in the first place.

Pretty much every piece of data recovery program that we have researched so far, CleverFiles is the one that comes out on top in terms of offering users the most number of options.

Not only that, it leads the competition by quite a margin.

The company has no problem in offering users a free version of its data recovery program, Disk Drill.

In fact, free users of Disk Drill get complete access to the entire range of features that come with Disk Drill including the likes of,

Our research shows that the only real limitation that free users have to deal with while making use of the free version of Disk Drill data recovery program is the recovered data cap which is set at around 500MB.

Users who want to lift that limit will have to cough up close to $89.00 at the very minimum.

When users pay for the Pro license, they stand to get complete access to the same set of data recovery features as the Free version.

But the Pro version does not put any kind of limits on the user and how much data the user can recover from any given drive.

However, there is one other sticking point.

And that sticking point is the limit of a total of three computers at the maximum per user.

In order to lift this limit, the user has to sign up for the Commercial license which comes for around #399.

Add to that the fact that users with the Commercial license generally do not get access to any kind of new or extra features.

However, as mentioned before, Commercial users do get the permission to install and then use the data recovery software from Disk Drill on any number of machines. 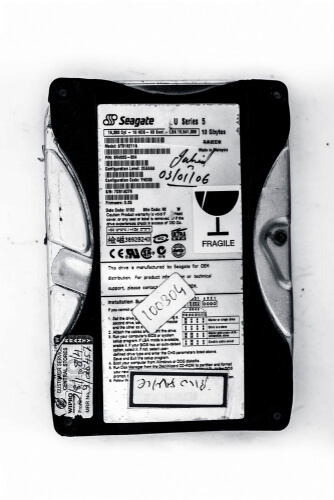 Apart from the facility of using the service for an unlimited number of computers, Commercial users also gain access to the company’s Priority Support feature.

On that note, we have to mention that we did not see any indication either on the company’s official website or in the company’s terms of service document of what exactly does the company mean when it says ‘priority support.’

CleverFiles, the company behind Disk Drill, only provides users with a single contact option if they want to get any help.

And that contact option comes in the form of submitting a query or ticket via the company’s official and only support page.

The other odd thing about the customer support section is that the FAQ section which the company provides for users in order to help them sort things out, has tons of seemingly unrelated and unhelpful topics.

We’re talking about topics such as How to Download Netflix on a Mac.

There are several other places where the FAQ section talks about programs which do not have anything to do with the data recovery program that is Disk Drill.

We can only surmise here that the company wanted to try and grab top spots in particular search terms of search engines such as Google in order to increase their sales.

How else would one explain the extraneous articles on the official website of the company not related to things such as data recovery even in the least bit?

Our research shows that the data recovery program Disk Drill Pro for the Windows platform offers users a decent and user-friendly interface.

Not only that, it also has a reasonable pricing structure.

However, since it gives mix results as far as the recovery of files is concerned, this might leave an underwhelming taste in some of the user’s mouths.

We have already mentioned the fact in the full review that Disk Drill is indeed the oldest data recovery software company at the moment.

Despite that, the app which the company offers often struggles with generating simple file previews that various other data recovery suites which cost way less than Disk Drill are able to nail.

Moreover, Disk Drill has a tendency to straight up miss a lot of file types which it can’t reconstruct and/or can’t find after the application has finished the search process.

With that said, one can’t really debate the simplicity and speed that Disk Drill brings to the table and offers to all users.

Many of the competitors of Disk Drill simply cannot match such offerings.

Hence, users who are on the lookout for a decent recovery program which is simple enough even for one’s grandparents to look at and figure out in time, then Disk Drill is probably the option such a user should go for without thinking too hard.

Zohair A.
Zohair is currently a content crafter at Security Gladiators and has been involved in the technology industry for more than a decade. He is an engineer by training and, naturally, likes to help people solve their tech related problems. When he is not writing, he can usually be found practicing his free-kicks in the ground beside his house.
Security Gladiators Review Disk Drill Review: The Comprehensive review with pictures

4 thoughts on “Disk Drill Review: The Comprehensive review with pictures”