Various reports in the media have now extensively covered how the government shutdown is causing some feds to actually miss their second straight paycheck.

All the while government contractors have no option but to sit idle.

Because of this, some believe that an immediate brain drain in not only possible but imminent.

It should not come as a surprise to anyone that under the presidentship of Donald Trump the United States Federal government is actually in the middle of perhaps the longest government shutdown in history.

The shutdown has also translated to a long gap in any kind of funding for a good number of the government’s agencies.

All signs indicate that this would go down as a special period in history where the government shutdown goes into a second straight month.

The more important point here is the economic impact of the shutdown.

Or more specifically, how the shutdown is mounting financial stress on federal workers.

These works include government contractors and civil servants working in various information security and IT roles for the United States government.

Not only is the shutdown affecting their financial conditions, but it is also affecting the very communities that these people live and work in.

The recent furloughs have also managed to have a genuine impact on the United States government’s cybersecurity posture.

Officials have suspended work at the United States National Institutes of Standards and Technology regarding several initiatives.

Some of the work had to do with encryption as well.

Other non-essential government agencies have been forced to furlough various security teams.

That has left them with no viable way to respond to various cybersecurity-related incidents throughout the duration of the government shutdown.

Not only that, but authorities are also deferring routine maintenance tasks on various IT systems.

These include all the necessary updates and patches to various server operating systems and websites.

Moreover, those who are still working at government agencies have no choice but to operate without the required budget.

In fact, many of them are working without any type of compensation.

It stands to reason that they are indeed under a lot of financial duress.

This, as most of our readers would already know, is not exactly the best environment and/or situation for the purposes of maintaining the best cybersecurity posture as is possible.

The Vice President of Research working at Veracode (a software security firm), Chris Eng, recently said that he saw a particular thing a couple of days ago where a total of 100 + government SSL certifications were poised to expire.

He also said that the job of fixing the expiring certs did not even qualify as the sort of work that one would consider high-pressure which required an instant response.

And even that is not being completed at the moment. 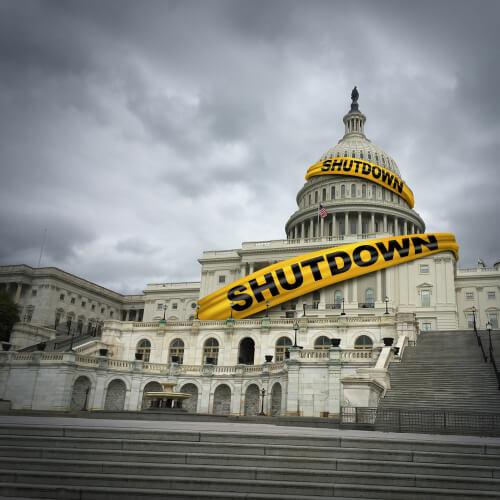 Chris added that he would hate to imagine what would happen if some security threat such as HeartBleed suddenly came out of nowhere tomorrow.

He said he actually questioned the capability of various government agencies under current conditions in terms of their response to a problem like heartbleed when they have no option but to operate with the help of a skeleton crew.

However, it stands to reason that the real damage to the United States government may not have come yet.

In other words, it may be waiting in the wings.

It turns out that many of the furloughed US federal workers performing their duties in the information security sector actually spoke with the ArsTechnica publication.

And according to ArsTechnica, the federal worker told reporters that they had started to actively seek new job opportunities in the country’s private sector because of necessity.

It is also true that a good number of United States private companies that work in recruiting talent in the information technology field have seen a rather big spike in the number of job applications that are coming to them from those people who currently work in government service.

Moreover, even if we assume that the president of the United States of America decided to end the government shutdown this very week (some believe that is highly unlikely given recent events), a good number of government leaders in the IT department expressed their concern that the IT-related workers would actually only come back to their offices in order to collect their unpaid salary and then immediately resign. 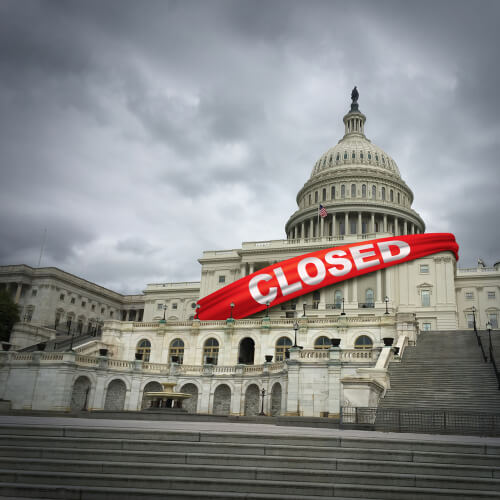 It should not come as a surprise to anyone that the match becomes even more damaging when we are talking about all the contractors who never really have any guarantee of actually gaining any of their lost wages.

A cybersecurity Policy Fellow at New America (a think tank based in Washington DC), Justin Sherman, recently said that government benefits and salaries for technology worker already did not even come close to what the private sector had to offer them.

Justin said that as the government shutdown continued and federal employees were left without any kind of pay for even longer periods of time, it became obvious that jobs in the private sector would appeal to such technology-focused workers in the government to leave their positions.

Moreover, Justin also said that the shutdown would undoubtedly cause a good number of workers to leave their government jobs for work in the industry.

And they would do so just because of the fact that they need a temporary source of reasonable income.

Again, the salary in the country’s private sector is a lot better than government jobs in general.

Sherman said since that was the case, government agencies would find it difficult to recruit new talent who would replace all the workers departing from their jobs.

The whole situation would become more difficult for everyone.

Ars Technica reported that there were a few numbers which seemed to back up all of the concerns that we have mentioned above.

ZipRecruiter recently carried out a survey in which it interacted with over 2000 furloughed workers in the federal government.

The survey found that over 66 percent of workers had considered leaving their jobs in the public sector to actually seek work in the country’s massive private sector.

Additionally, less than a total of 30 percent of these federal workers felt that the government shutdown would come to an end in the coming 30 days. 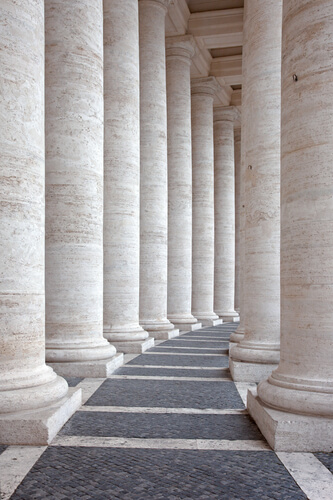 Around 90 percent of the federal workers expected a significant amount of financial stress on their lives.

It goes without saying that the United States government already has to deal with a massive talent shortage in its department related to information security.

And after signing agreements with tons of contractors for decades to fulfill roles in the central information technology sector, the major portion of the expertise that it has access to comes from outside contractors.

In other words, many government agencies rely on these contractors to get things done.

Over the last many years, the government has had to deal with many internal positions going unfilled just because of a shortage of talent.

That is a trend which definitely did not get any kind of assistance from the current president of the United States of America, Donald Trump who approved a federal hiring freeze in 2017.

And as a consequence of that, both the uncertainties of gaining employment in the government sector and the constantly increasing demand for new and abled staff for information security roles over the last couple of years, have caused a good number of open federal information-security positions at the government’s own Department of Homeland Security have remained unfilled (in other words, are still posted) for over 12 months.

Apart from that, a good number of jobs in the information security field (more precisely, almost all the jobs at Department of Homeland Security) require extensive security clearances of Top Secret or Secret.

What does this do?

It significantly narrows the pool of potential recruits and actually lengthens the existing pipeline for successfully filling those positions.

Readers should also know that the demographics of the United States government service do not look good either.

To put it in simpler terms, the demographics aren’t exactly stacked in the favor of the United States government.

More specifically, the current median age of all employees in the government across each and every agency combined is around 48 years.

In addition to that, current statistics say that close to a quarter of those employees in the federal government have actually crossed the age of 55.

That means they are more or less poised for their retirement time.

Add to that the fact that many government workers that come within the range of official retirement may actually opt to take the exit slightly early in order to go and work for the private sector.

They actually sacrifice bigger amounts of pension for bigger salary paychecks that will come to them early. That, in turn, manages to create an even larger talent vacuum to manage and ultimately fill. Things are not looking good for people who decide to not jump the ship either. Some believe there is cruel irony at play for them.

If the government shutdown leads to information-security professionals having bad finances then that could put them in serious debt positions.

As a result of that, they could have their security clearances revoked.