In this guide, we will try to demonstrate and explain to users how to install the Sandman (a Kodi build) on Kodi.

From the get to, readers should know that they can install this Kodi build on machines running the following operating systems,

As a general rule, any device that supports Kodi supports the Sandman Kodi builds.

Many of our readers would already know that Sandman has made quite a name for itself in the world of streaming applications such as Kodi.

Now, Sandman has updated itself to bring Kodi users all over the world a decent inventory of some really beneficial Kodi builds.

The majority of the available Sandman Kodi builds offer tremendous performances on various internet-enabled devices and are very light in terms of size.

Our research shows that Sandman Kodi builds perform well even on machines that have low to moderate specs. We have also come to believe that Sandman builds should form a core part of any given Kodi user’s catalog.

In this guide, we will go through each and every step that users have to complete in order to install Sandman on Kodi.

As mentioned just now, Sandman Kodi builds are pretty similar to each other on a variety of levels.

However, these builds also offer their own unique experiences with the help of varied performance on varied machines, add-on library, and distinct user interfaces.

Apart from that, we will also try to focus a bit on the very good Vengeance Kodi build in order to demonstrate some concepts.

Of course, as always, users are free to install any Kodi build that they like.

With that out of the way, let’s get started.

Why you need a VPN before doing anything on Kodi

Readers should know that even though Kodi can bring them an unlimited amount of streaming content online, it also comes with the downside of landing the user in legal trouble.

That is the reason why we recommend that all Kodi users must sign up for  VPN service to protect themselves and hide their identity online.

This way they can enjoy all the content related to,

by streaming them directly from Kodi without anyone ever knowing about it.

Apart from that, the other problem that Kodi users have to deal with is some add-ons don’t allow their content in specific regions.

And hence, to get around such problems, users have to make use of a VPN service.

Our research shows that IPVanish is the best VPN  for Kodi but users are free to make up their own mind by reading our guide on the best VPN for Kodi.

Click here if you want to do that right now.

So users do not have to take any risks while signing up with IPVanish.

to sign up for IPVanish from the official website at a discount right here and right now.

How to install Sandman on Kodi 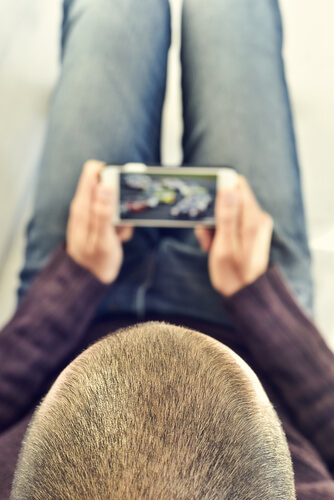 As mentioned before as well, each and every process of installing a Kodi build requires a multiple number of steps.

In the case of Sandman Kodi builds, the entire installation process can be broken down into a total of five parts.

These five parts are as follows.

Now we are going to go through each of the above steps, in turn, to further ease out the entire process of installation.

This step will consist of many sub-steps.

So let’s get started.

This is the part where the user will have to supply his/her Kodi streaming device with the exact path to the official source from where Kodi will install the new Sandman Media repo.

Congratulations again, because the user now has successfully managed to add the URL and/or source of the Sandman Kodi build.

This is the part in which the user has to install the exact repository from the recently added source.

Congratulations.
Kodi has just installed the new Sandman Media Repo for the user to stream content from and enjoy.

Why is this step necessary?

Well, this is the part where the user has to install the actual addon that is named Sandman Media Wizard.

All of the Kodi builds that a given Kodi user could ever want come through this single add-on.

So here are the steps.

That’s it for now.

In the subsequent portion of this guide, users will get to observe how to easily access any build menu from their official Kodi main menu and/or home screen.

Another thing that users should note here is that the above-mentioned Kodi pop-ups might reappear after they have closed them.
If that happens, all that the user has to do is to click the same given options again. 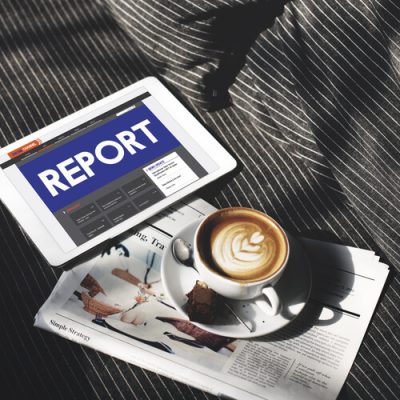 Now we’re getting to the good stuff so hang tight.

In this section of the guide, the user will finally set up and install just one of the many Sandman Kodi builds.

This is the end in the sense that the user has successfully installed the new build of Vengeance Sandman on his/her Kodi device.

Internet service providers and governments all over the world now try to monitor their citizens.

All online consumers are being watched at one point or another.

And companies are recording their online activities.

There is a chance that if some law enforcement agency catches the user streaming content that has copyrights on it, the user might land himself/herself in big legal trouble.

That is why all Kodi users should make use of a VPN service that can hide their online identity and also keep their online activities as anonymous as possible.

Click here to read about the best VPNs in the world right now.

As mentioned before as well, recommend users should go with IPVanish as their preferred VPN of choice because it is the best VPN Kodi

It is fast and secure.

It is also completely updated.

At this point in the guide, the user should have installed the Vengeance Kodi build by following our guide using the Sandman library.

Now is the time to take a look at it.

A bit later in this guide, we will introduce users to the official Vendetta build as well.

Now, take a look at the home screen that comes with the Vengeance build.

The submenu and the menu are actually bars which are aligned straight with the top edge of the shown window.

Moreover, when the user chooses any media item from the menu, Vengeance shows the user the corresponding video options.

It displays all of these options at the bottom of the screen.

The user should also have no trouble is selecting Movies and also the list of all the featured movies.

These should be present at the bottom of the screen as well.

Our research shows that Vengeance is not only lightweight but also smooth.

However, if the user is running Vengeance for the very first time, then we recommend that the user should make sure that he/she has given Vengeance enough time to actually update all the Kodi add-ons.

As far as the Vengeance build’s Kodi add-ons library is concerned, it is not really great.

However, users are more than likely to find a decent number of add-ons which are able to stream all of their shows and movies.

Of course, users will run into trouble if they try to stream Live TV using this Kodi build.

But if they are lucky enough, then they might stumble upon a new Kodi addon which is able to stream Live TV channels with ease.

Users have to remember though that none of those add-ons can provide consistent Live TV content.

As far as Kodi add-ons are concerned, Vendetta Kodi build which comes from the Sandman inventory almost always looks better.

The overall Vendetta build fives off a dramatic vibe.

However, its line of Kodi add-ons is good.

It comes with Kodi add-ons such as,

One of those builds is the Vengeance build.

But there are others as well such as,

Our research shows that the build themselves are generally lightweight.

And hence are able to deliver satisfactory performance on most machines.

One concern is that of stability though.

Our research shows that both the above-mentioned builds (Vendetta and Vengeance) tend to crash from time to time.

Users who are looking for content such as on-demand shows and movies, Kodi builds can probably do the job well.

However, those who are looking for Live TV, they should probably save more time if they just install some other Kodi add-ons for that purpose separately.

From an overall perspective, Sandman Kodi builds offer more than enough for users to give them a try.

In this Sandman guide, readers have learned how to install Sandman Kodi build on Kodi.

The Sandman repository comes with a bunch of reasonable Kodi builds for the user’s entertainment needs.

We have already mentioned the fact that Vendetta and Vengeance are the Kodi builds that are the best as far as Sandman is concerned.

However, users should feel free to go ahead and try out other Kodi builds as well.

In fact, we would love to hear our readers’ feedback on all the builds that they would hopefully install.

Readers should take a little time out in order to use the comment section below and let us know what they think of all the Kodi builds from Sandman that we have mentioned in this guide.