So the Russian government has just passed a tech law that requires all internet access providers to log all Russian internet traffic for up to one year.

The move by Russia has come at a time where privacy infringement and surveillance is fast becoming the norm.

In light of such practices, internet users and service providers are looking to enhance their online security.

In order to achieve this, more and more people are using VPN to enhance privacy. 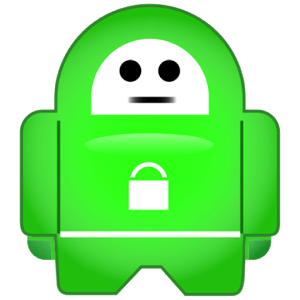 The Private Internet Access VPN is one of the most successful companies in encryption and privacy service provision.

The VPN company is known for its dedication to network security and being the only service provider to have its no-logging policy put to public test.

A no-logging policy is very essential for a robust VPN community. This, however, is seen as a threat by authorities in some countries.

That said and done, the recent developments in Russia when PIA VPN reported that some of its servers were seized by the government has left the operator with no option but to leave the country.

The developments in Russia

The Russian government passed a law in 2014 which demands that internet providers hold internet traffic logs for a period of one year.

The law was passed by the Russian state of Duma and was later enacted in the September of 2015.

The deadline for compliance with the “Duma Law” was the set to September 2016. This has many implications for the operators providing internet services.

The law has been passed in the wake of Russia’s focus on cracking a whip on internet service providers with a particular interest in encryption.

The laws that were passed in Duma could see the internet industry in Russia crippled.

The impact is far reaching to an extent that applications like WhatsApp and Messenger could be outlawed.

The law also demands that any social network platform, online publisher or blog with a following of more than 3,000 people should be duly registered and have all their data stored on Russian soil.

Seeing that the climate in Russia will not be conducive for business, PIA has decided to withdraw their services from the country.

The VPN service provider sent out an email to their customers informing them of their prompt discontinuation of their Russian gateways.

PIA VPN also claims that some of their servers in Russia were seized by authorities in the enforcement process.

This they say was done without any official notice and any kind of due process probably because they are the most vocal and widespread no-log VPN provider.

Of course with such news, it would be normal for any customer to be concerned with the plight of their data.

In the email sent to their clients, PIA VPN has assured their customers that no data has been compromised since the operator doesn’t log any session or traffic data.

In light of these developments in Russia, PIA VPN will no longer be doing business in the country.

PIA places a high priority on the security and privacy of all their VPN users and will therefore be rotating all their certificates for preventive purposes.

The client applications will also be updated with enhanced security protocols to take care of such occurrences in future.

They have further upgraded their manual configurations to support the strongest encryption algorithms including SHA-256, RSA-4096, and AES-256.

PIA VPN has called upon all of her users to update their desktop clients at; https://www.privateinternetaccess.com/pages/client-support/

For customers who use OpenVPN configurations, new configuration files can be downloaded from the client’s download portal.