According to the Freedom on the Net 2019 report, concepts like privacy and free speech in the online world declined on a global scale for the ninth straight year in 2019. Freedom on the Net is published by Freedom House, a reputable think tank and a bipartisan watchdog.

The authors of the report cited a couple of causes for the significant decline of privacy and free speech. The first cause that they mentioned was increased election interference through the internet perpetrated by both civilians and governments all over the world.

The second cause they discussed was an increase in the number of government-run surveillance programs. These programs are spreading faster than ever on social media websites. Furthermore, the news cycle has recently been flooded with issues related to privacy and online security. 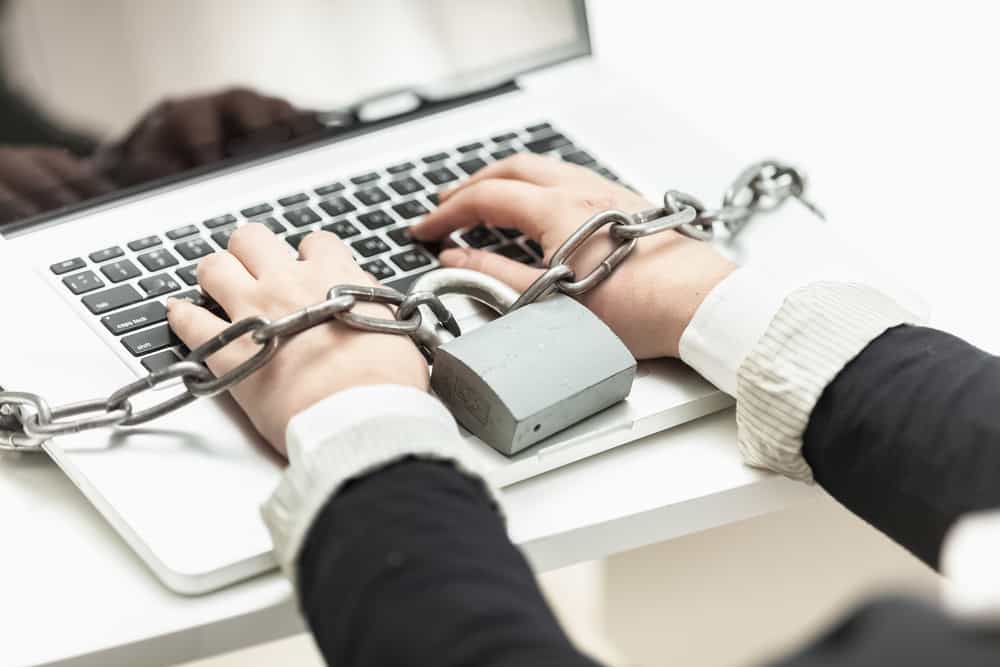 Despite facing significant backlash after the 2016 U.S. presidential election, Facebook has done little to fix its ad policy. This effectively means that politicians and their supporters will be able to use the platform to spread misinformation in the hopes of swaying the election in their favor.

Then there is the problem of Amazon sharing user data from their customers’ Ring doorbells with Facebook and Google.

Additionally, Amazon owns the majority of critical infrastructures like hosting, cloud storage and cloud operations that underpin a significant amount of major websites. This puts them in a unique position to impact internet freedom.

As far as recommendations go, Freedom House suggests that legislators and citizens should push for more oversight and transparency of all major platforms.

This would, according to Freedom House, stop the current privacy situation from worsening.

The report also mentions that apart from assisting with the dissemination of disinformation and propaganda, social media sites have facilitated the mass collection and analysis of enormous volumes of user data on a global scale. “Entire populations” worth of data are being collected and analyzed according to the report.

The report goes on to mention that our societies need to act now to fix social media platforms to ensure the survival of internet freedom.

The report studied a total of 65 countries around the world in the past 12 months. They found that around 47 countries had deployed law enforcement agencies to arrest citizens solely for posting religious, social and political speech on social media platforms.

The report also stated that out of a total of 65 countries, 40 made use of advanced and expansive surveillance programs for social media platforms.

Of the 65 countries that were studied, 38 of them had senior political leaders who paid individuals to work on changing online opinions. All the numbers that the report came up with were the highest recorded of any of the previous years.

Compared to the past 12 months, almost half of the countries that the report assessed had gotten worse at providing their citizens with internet freedom.

Why this is alarming, it’s important to understand how the report chose to define internet freedom.

According to Freedom House, internet freedom means that a country’s government doesn’t put any obstacles in the way of its citizens’ internet connections.

It also means the government doesn’t spend money on limiting the type of content that a citizen is allowed to consume on the internet.

Additionally, internet freedom means that the government doesn’t violate user rights. According to the report, only 16 of the countries they studied had improved in this respect when compared to their scores from previous years.

The report’s findings have come out almost three years since malicious actors believed to be working for the Russian government used social media to manipulate the U.S. presidential election. Facebook and other social media platforms have since made substantial promises to the public to do more to weed out instances of election manipulation. 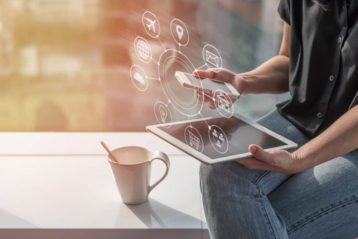 Some of them have also assured the public that they would be more transparent about data requests from governments around the world. As far as the Freedom on the Net study is concerned, any effort put forward by social media companies has been less than effective.

There’s little doubt that internet availability is nearly ubiquitous and relatively free in the U.S.

It’s also true that there’s very little state censorship in the U.S. However, the report did raise some alarm by mentioning that there was a significant amount of disinformation spread through the internet during the 2018 midterm elections.

This was also the case during the congressional hearings of Supreme Court nominee Brett Kavanaugh.

On Freedom House’s Internet Freedom scale which ranges from 0 to 100 where 0 is not free at all and 100 is completely free, the U.S. scored 77. While this is an acceptable score, it’s important to note that the U.S. scored a 78 on the same scale 12 months ago.

The Freedom House report indicated that newer technologies like 5G mobile networks, artificial intelligence and advanced biometrics had proliferated which would likely cause companies to make the situation even worse. With that said, the report gave some recommendations that policymakers and private sector executives could consider to safeguard internet freedom.

Mike Abramowitz, the president of Freedom House, recently mentioned in a press statement that propaganda appeared to work better than censorship when it came to social media.

Populists and authoritarians around the world had explored both computer algorithms and human nature to conquer the ballot box. Since they used propaganda techniques they had an easier time affecting elections than governments that used other methods to design the rules and regulations of free, fair elections.

According to Freedom House, 26 of the countries they studied had domestic actors partially interfering in the elections over the last 12 months.

The report also cited the three primary types of election interference that happened via digital means to affect elections. These three tactics are as follows:

According to the report, the most widely used method was the information-based tactic.

Governments and foreign-state actors made use of digital technologies to interfere in the elections in countries like the U.S. The U.S. was not the only country in which such tactics were employed according to Freedom on the Internet. 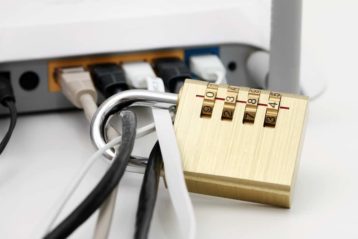 Election interference via digital methods has become a global phenomenon. In many cases, domestic actors also made use of such tactics.

The report went on to discuss how far-right and populist leaders had managed to learn quickly and become adept at using viral disinformation to affect society at large. Not only that, but these leaders also learned to harness the power of social networks to disseminate such disinformation.

The report added that various far-right groups managed to enjoy more success when compared to other groups because content that is shocking, false, emotionally charged, exaggerated or negative tends to get shared more than content which is neutral and factually accurate. This is especially true for social media platforms as they’ve become the primary news source for many of their users.

Mark Zuckerberg, CEO of Facebook, recently announced that Facebook would make no changes to how politicians and other actors advertised disinformation on the company’s social media platform.

According to the report, that contributed to the rapid spread of lies and disinformation on Facebook and other Facebook-related platforms such as Instagram and WhatsApp. On the other hand, Jack Dorsey, CEO of Twitter, banned political advertisements platform.

As far as the question of how to secure future elections, the report mentioned a couple of tips that world leaders should follow.

The first tip was to work on improving the oversight and transparency of advertisements that appear on online platforms such as Facebook and Twitter.

The second tip was to make a concerted effort to address the problem of bots on social media platforms that malicious actors can use to manipulate discussions.

The final recommendation was to make every effort possible to protect U.S. elections from cyberattacks by bringing back election audits and paper ballots.

Freedom on the Internet also gave some recommendations for the private sector. The report said that the private sector had to develop teams that could respond rapidly to disinformation and cybersecurity incidents connected to U.S. elections.

Moreover, the report mentioned that in order to ensure that advertisements appearing on social media platforms were transparent, the private sector should introduce strict standards on the content that it puts up and must adhere to those standards.

Apart from that, the report said that the private sector had to improve the process of sharing information among social media platforms and the private and public sectors.

Wars Have Given Rise to More Social Media Surveillance Programs

With each innovation in the social media industry it becomes cheaper to install and use surveillance technologies. This is the primary reason why more and more governments around the world are investing large sums of money to deploy such technologies. According to the study, governments pay little to no attention to accountability or oversight.

Governments all over the world have drastically increased the capabilities and scope of their surveillance programs with the help of innovations in areas such as machine learning and facial recognition. Digital surveillance is the name of the game in the current environment.

The fact that governments around the world show no signs of stopping means that the risk of intentional or unintentional abuse is constantly increasing. 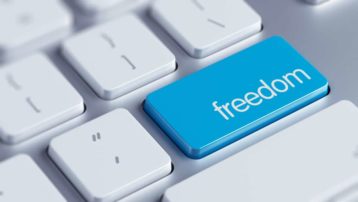 As far as things inside the U.S. are concerned, the report mentioned that entities such as the Immigration and Customs Enforcement Agency, Citizenship and Immigration Services and Customers and Border Protection Agency, all of which are a part of the Department of Homeland Security, had purchased sophisticated surveillance tools for social media platforms. That investment resulted in a sharp rise in the number of device searches at the U.S. borders.

Megatrends are forces with the power to alter business, society and the global economy.

The most poignant megatrends are social media and the internet as a whole.

As the entirety of the internet gets more and more fragmented, law enforcement agencies, military institutions and governments around the globe are leveraging their influence to shape the future of the online world.

This has resulted in an evolving process of how digital rights, digital markets and digital companies come together to serve online users.

As indicated earlier, these entities are using commercial, military, regulatory and political powers in order to project influence in global digital markets.

Every year the world becomes more digital and less physical. Since governments have realized that fact, they’re introducing laws, policies and security apparatuses to have a competitive advantage in this new digital landscape.

Citizens of various countries are not going to sit idle either.

People living in Iran and China have already figured out ways in which to avoid various firewalls and other content restrictions to access foreign content and websites.

It’s also true that as long as the world keeps far away from a single world government, there will always be disagreements on how the internet should be accessed and run.

Cyberwars may eventually lead society into a digital world of parallel internets. Each country could enforce its own version of the internet on its people. However, that does not mean that citizens can’t push back in civil ways or use tools to get around problems like geo-restrictions and content moderation.