Skip to content
Security Gladiators Censorship Blocked Websites China
In China, the government has a tight grip over content and routinely blocks websites and apps from entering the country’s highly censored internet. Some of the banned websites in China include Google, Facebook, Twitter and Instagram. The Chinese government also blocks access to news sites, such as CNN, the BBC and The New York Times. However, a virtual private network (VPN) and other tools can be used to get around these restrictions.

China started blocking websites in 1995 when the first firewall was launched. The Golden Shield Project, informally known as the Great Firewall of China, was created for censorship under President Jiang Zemin’s regime. The firewall project was implemented with the help of engineers from software providers such as Cisco Systems, working closely with China’s Ministry of Public Security. For censorship purposes, the Great Firewall systematically blocks keywords and certain types of content that don’t align with the government. The system also limits or eliminates access to international news and information sources and blocks popular messaging apps like WhatsApp. In general, any website that is not hosted in China will be blocked immediately (no DNS workarounds allowed). This includes virtually all Google services, Wikipedia pages and popular social media platforms. A comprehensive list of websites that are blocked in China is given below.

China’s internet is different from that of the rest of the world because of censorship and monitoring by the Chinese government. The social websites and apps blocked in China are listed below.

The Chinese government blocks citizens and travelers from visiting, using or sharing certain websites, including many popular blogging platforms.

Below is a list of blogging websites and platforms banned in China.

A list of emailing services blocked in China is given below.

Several popular messaging apps are banned in China. A list is given below.

The Chinese government has also blocked several major streaming websites, which are listed below.

China has also blocked numerous news websites, which are listed below.

The Chinese government’s control over the internet, known colloquially as the “Great Firewall of China,” prevents users in China from accessing several foreign websites, including all of Google’s services and many sites providing news and information to the public. . Numerous cloud storage services are also blocked inside China. Chinese users (and visitors) cannot access iCloud.com or iCloud emails on iPhone/Apple devices while in China.

A list of cloud storage and information-sharing services that are blocked in China is given below.

Yes, China has a vast number of blocked sites, but there are ways to access them. The most popular method is a virtual private network (VPN), which creates a secure channel between the computer/device and the website the user wants to visit. This shows the user is accessing the site from another country and thus, bypasses China’s firewall.

Users can also use a proxy server to access blocked websites in China. A proxy server acts as an intermediary between a user and the site one wants to visit. But proxies are generally slower and less reliable than VPNs. Also, VPNs provide extra security.

Why Does China Block These Websites?

The Chinese government has blocked many websites that are considered to be a threat to the country’s authority. Although the government may want to control what citizens can see, there are many other reasons why China might have blocked these sites. This could be because the website or service contains content that is deemed inappropriate or illegal or allows dissidents to organize protests against the government.

China also prevents people from sharing news stories critical of the government with each other or with people outside China so as not to create a public relations disaster for the regime. The government blocks websites that provide information about democracy and human rights, further limiting citizens’ access to information. The Chinese government wants to keep a tight control over topics like religion or sex, which it believes could lead people astray from communist doctrine.

What is the Most Widely Used Search Engine in China?

The search engine market in China is dominated by Baidu.com, which accounts for over 70% of all searches in the country. Despite being China’s most common search engine, Baidu has been under scrutiny by authorities due to the service’s privacy policies and practices. Baidu is also known as “the Google of China” because the service owns algorithms to provide search results to users.

Baidu was ranked as the fourth most visited website in the world. The site is used by 82% of Chinese citizens to search for information online, compared to only 50% who use Google worldwide.

Which VPN Service Is Used in China to Gain Access to Blocked Websites?

China’s government blocks access to many websites, including social media platforms, news sites and search engines. However, there are still ways users can bypass the “Great Firewall of China” and gain access to blocked websites. As mentioned above, one such method is using a VPN.

This is a popular option for many people living in China because a VPN allows users to connect to an overseas server and browse the web anonymously. The downside, however, is that most free VPNs won’t work in China due to government censorship restrictions. As such, if a person wants to use a VPN while in China, the best option is to pay for a high-quality VPN instead of relying on free options that don’t provide as much reliability and privacy. There are many options on the market, but the best VPN for China is one that’s fast and reliable enough for accessing information/news and streaming or downloading files via an encrypted connection.

ExpressVPN ranks high because the service has servers all over the world and has been tested to work well in China. Users can download the app on a desktop or mobile device and connect to any server outside of mainland China to access blocked sites.

NordVPN is one of the best VPNs for China. The service is fast, easy to use and has a large number of servers in over 60 countries. These servers can help users bypass China’s Great Firewall and thus access Facebook, YouTube or any other website blocked in China.

Users can also access Google Drive or Dropbox through a free VPN service like Hotspot Shield. This service allows users to access cloud storage services via proxy servers spread globally. This means a user can use these services even if websites are blocked in China.

Is It Legal to Use a VPN?

Yes, using a VPN service is completely legal in most countries. However, this depends on the specific country and the circumstances under which the VPN is used.

China has a long history of blocking websites and services considered undesirable by the government, such as Facebook and Twitter. This extends to censorship of internet traffic as well. In response, many Chinese citizens use VPNs to bypass these restrictions. As a result, China has enacted laws against using these services to enforce the government’s censorship regime.

A VPN is one of the best methods to circumvent censorship in China. With a VPN, the user can route all internet traffic through an encrypted tunnel so that the connection appears to be coming from another location. 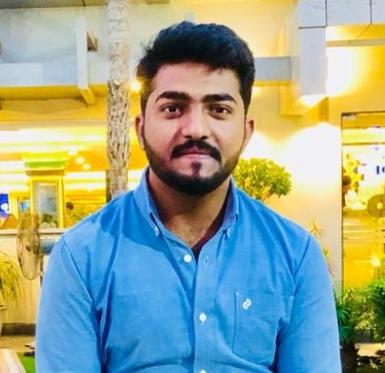