While EZTV appears to be a relatively safe site, we can’t say much about the people who run the platform. And, for all its goodness, EZTV has a fairly disorderly past.

Since entering the scene in the early 2000s, its main domain was taken down by authorities in Italy, which the site administrators tried to shrug off as administrative issues. Then the site went through a long period of severe downtime sessions. 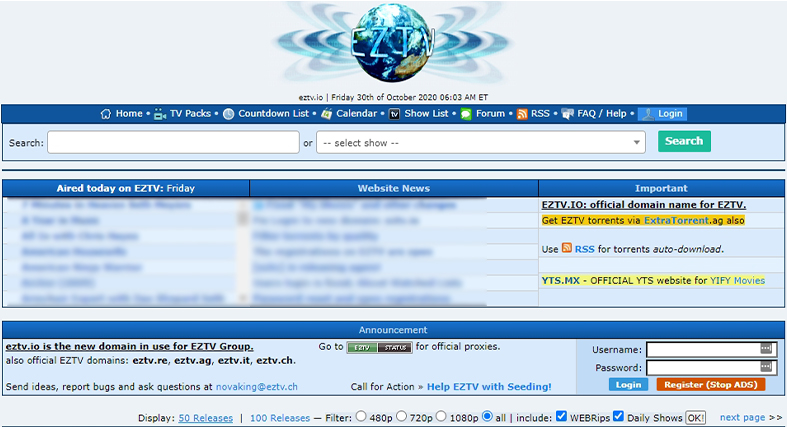 After that, it had to deal with another shut down when law enforcement agencies in Sweden raided The Pirate Bay server room. Somehow, the crackdown also affected EZTV, as the site didn’t work well for several weeks. EZTV has also fought with copyright holders to keep its official name.

But perhaps the most important detail in EZTV’s history is the hostile takeover it faced at the hands of a hacker group called EZCLOUD LIMITED.

Towards the end of 2007, the group took over the original EZTV website and has held firm control over the brand ever since. The original owners ended up handing over the site to the hacker group.

It is difficult to establish whether the group is a scam, but the original owners claim they’ve made several efforts to warn the torrent community about them. Some other big torrent sites, including The Pirate Bay and KickassTorrents, have also supported the site’s previous owners.

For the end-user, though, it might not matter how the current owners got the domain and the EZTV brand. But, they do need to know that, unlike in the past, the current version of EZTV has a lot of ads and questionable scripts running on the main domain. 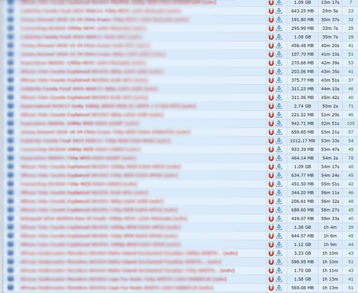 As mentioned above, you need to protect yourself before downloading anything from EZTV, as alleged hackers (or scammers, so say the original administrators of the site) control the main EZTV website.

That doesn’t mean the content on EZTV is not worth your time, though. You just need to be extra careful.

Make sure you only download content that’s free of any copyright, such as open-source materials or free ebooks. You should also always use a VPN service, an ad-blocker and a good antivirus software program as you peruse any torrent site, not just EZTV.