If you’ve tried watching Netflix outside of the U.S. or BBC iPlayer if you’re outside of U.K. jurisdiction, you might be disappointed because many streaming services only allow access to users within their geographical location.

Millions more have been locked out from online stores such as Amazon and iTunes because of their geo-location.

In this article, we’ll sum up a few tips to help you bypass geo-IP restriction and location errors from anywhere in the world. 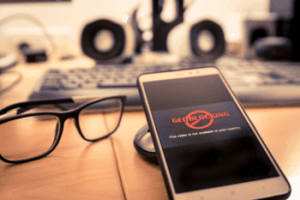 Geo-blocking is a system used to limit access to the internet based on geographical location. It’s an old-age practice similar to the traditional DVD region codes that prevented region-locked DVD players from playing back DVDs encoded in markets outside of where they were sold. Hollywood film distributors employed geo-blocking to segment global markets and allow movie releases in a different market at different dates and prices.

The concept is the same today, only employed on the internet. Popular video streaming sites such as Netflix, Hulu, BBC iPlayer and Australia’s ABC iView all employ geo-blocking to limit content to the U.S., U.K. and Australia. Online stores and e-commerce platforms such as Amazon and iTunes also use geo-restrictions to segment their markets.

The most-cited reason for geo-blocking is cross-border licensing and legality issues, but in reality it’s also because companies aren’t willing to invest in less developed markets such as Africa and Asia due to the huge capital outlay required, coupled with low returns.

How to Bypass Geo-Restrictions

The process of bypassing geo-restrictions—commonly known as geo-dodging—is a highly contested issue and a legally gray area, as most laws are silent on the issue.

Regardless of the type of geo-restriction, there are a decent number of ways to avoid geo-blocking and be part of a world without borders.

Keeping the legal issues aside, here are some of the methods to avoid geo-restrictions and location errors.

Websites Are Limiting Your Content Based On Your IP! 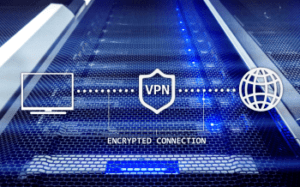 Connecting to a Virtual Private Network is a widely used method to unblock geo-restricted sites and avoid location errors on the internet. VPNs are designed to conceal your device’s real IP address to allow you to surf the internet anonymously. In this case, geo-restricted sites can’t determine your real location and will have no business declining your monthly subscription fee.

VPNs also guarantee web privacy by encrypting and routing your traffic through a VPN server of your choice. A VPN actively changes your IP address routinely to protect you from activities such as DNS hijacking by ISPs (internet service providers). On the downside, the high encryption on VPNs may impact your browsing speed.

VPNs are freely available on the internet, but a good service will always cost you money. This is an investment worth making if you want to safely access geo-restricted content while also protecting your privacy and security.

We’ve compiled a list of the best VPN services to help you bypass geo-restrictions and location errors in your country.

We recommend subscribing to a premium VPN service such as . Subscriptions are priced at around $3.49. All you need to do is sign up for an account on NordVPN and download the VPN client software to use their many servers around the world and bypass geo-restrictions and location errors.

Security Gladiators even went and hooked you guys up with a 70% discount on NordVPN.

DNS tunneling is an easy way to bypass geo-IP restrictions and location errors. Technically, Netflix, Hulu or ABC iView use your device IP address to tell you’re in a geo-restricted zone and lock you out from their services. All you need is a SmartDNS proxy to mask your IP address so that Netflix can’t identify your real location or make it look like you’re requesting the service from the U.S.

A SmartDNS eliminates the man-in-the-middle barrier in a VPN that reduces browsing speeds. Generally, a SmartDNS proxy is fast. But on the downside, a DNS server won’t encrypt your traffic, which leaves you vulnerable to hackers or other malicious entities who want to steal your data.

SmartDNS proxies are freely available on the internet. However, for a reliable service, we recommend a premium SmartDNS proxy such as . It is by far the fastest SmartDNS service in the market, enabling you to easily unblock geo-restricted sites. StrongDNS supports all devices including PC, Mac, iOS, Apple TV, Roku, Windows 8, Android and PS4.

StrongDNS costs less than $6 per month, or you could get with a

To learn more, read our full review of StrongVPN here.

Rather than masking your device IP address to circumvent geo-blocking, a proxy server acts as an intermediary between your device and the internet, effectively allowing you to access geo-restricted content. As such, your device will be seen accessing the proxy server and not the restricted site. 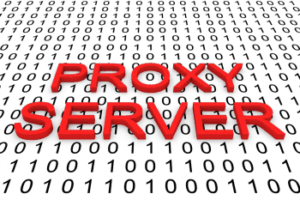 Which Geo-Restriction Bypass Method Should I Choose?

All methods described above will enable you to bypass geo-restriction and location errors from anywhere in the world. But due to different geo-restrictions available today, and personal preferences, one of the methods might suit you better.

A VPN would be the smartest choice because of the enhanced encryption that allows you to surf the web without necessarily watching your back. On the downside, you have to put up with throttled internet speeds (your internet speed can go down by 10-15%). 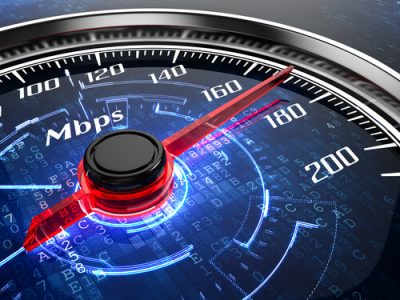 A SmartDNS on its part won’t impact your browsing speed, but it could leave you vulnerable to cybersecurity threats such as DNS hijacking, browser sniffing and eavesdropping from malicious actors on the internet. A browser plugin or a proxy server might be low-cost and easy to install, but it won’t encrypt traffic from your other programs. Therefore, it isn’t a smart choice for advanced users.

Stella Strouvali
Stella is a certified writer and zealous wordsmith, a true fan of Placebo, technology, Panionios and wellness. Still, her true passion has to do with eagerly learning new things and passing them on to others. “An unexamined life is not worth living”, to quote Socrates.
Security Gladiators Censorship Learn to Bypass Geo-Restrictions and Location Errors

5 thoughts on “Learn to Bypass Geo-Restrictions and Location Errors”