Skip to content
Home Reviews VPN Trust.Zone VPN – Is it really worth using? Yes, for me

Author's own opinions only

The opinions expressed in this article are just of author's himself, and not of Security Gladiators.
I’ve only been using it for a just under a month now and from what I’ve seen so far, it’s a decent VPN provider. Mostly using it for watching TV shows and watched the FIFA Women’s World Cup on a Canadian HD screen while using it out of Beijing. Haven’t had any buffering issues and usually end up getting an HD stream for most streams that I watch from Spain, the UK and the US. 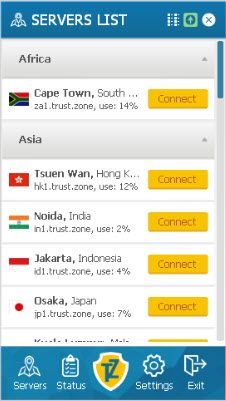 I only started using VPNs after taking up a job here and I’m likely to carry on using Trust.Zone VPN if this quality holds up, I’m likely to follow up with the 1 year plan which has a good pricing plan. I haven’t tried other services much so can’t say how this will pan out but so far so good, I suppose.

I usually use Hola unblocker while surfing websites and watching TV shows on Chrome but needed an overall VPN solution for my laptop and devices (an android phone and an iPad). The connection got a little slower while streaming on my iPad so don’t use it for watching any videos, sticking to that with my laptop. The support team only got back to me after a couple of days so that has me concerned a bit when trying to find solutions for getting the VPN to work quickly on my iPad. 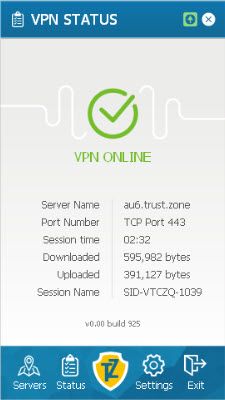 Otherwise, browsing and using Skype etc. is pretty decent, have little to complain about. I’ve been switching between different security protocols but mostly stick to using Open VPN. When speeds are really down and out, I switch over to PPTP but haven’t found too many reasons to do so recently. I’ve been switching between a few servers when one or more start to go a little weak with their bandwidths on offer so that’s a minor gripe.

I’ve used it for a few banking transactions and that’s gone through without a glitch. I barely use it at work and only have it running on my laptop and mobile devices but so far, so good. I’m actively looking for alternatives too, even though Trust.Zone VPN was the first I used and signed up for. I do it to check if there are any better offers and pricing plans. The one month plans are steep but the longer plans are cheaper, and I’ve got trepidation about signing up for the long haul.

Lawrence Mwangi
Lawrence is a technology and business reporter. He has freelanced for a number of tech sites and magazines. He is a web-enthusiast, with a special interest in Online security, Entrepreneurship and Innovation. When not writing about tech he can be found in a Tennis court or on a chess board.
Home Reviews VPN Trust.Zone VPN – Is it really worth using? Yes, for me

6 thoughts on “Trust.Zone VPN – Is it really worth using? Yes, for me”