We totally sympathize with people who want to know how to install a VPN on Roku. After all, Roku has done extremely well in developing and selling streaming sticks along with streaming boxes that provide users with complete and comprehensive access to a practically unlimited amount of high-quality content.

We provide you with 3 different solutions to install a VPN on Roku (including the best one where you don’t need to buy any extra hardware), plus our readers get a 70% discount on a VPN.

The content that users can watch via the official Roku streaming device comes to them in the form of TV channels. And Roku has a whole library of them. Of course, the good news ends with people who access Roku while living in the US.

In other words, Roku users living in countries such as,

do not have complete access to everything that Roku has to offer to users.

Even more precisely, we want to let you know that Roku blocks lots of channels for users who are not living in the US. But that’s not the main problem with Roku.

The main problem with Roku is that unlike other streaming devices such as the Amazon FireStick or the Apple TV Roku does not allow Roku users to go ahead and install a VPN service on its streaming device. And no, you can’t install a Smart DNS on Roku either.

With that said, we have a total of three workarounds for you which will enable you to form a VPN connection while you are streaming content from Roku so you will have the same options as if you did install a VPN on the Roku. We will try our best to explain each of the methods in the guide that we will elaborate on more below.

Best VPN for Roku in the world right now

There are many VPN options for you to choose from, you just need to find the best one to fit your needs.

VPN Features That You Need for Roku:

Each VPN service has its strong points when it comes to working with Roku. Some VPN service providers provide users with DNS codes that the user can directly on his/her WiFi router. 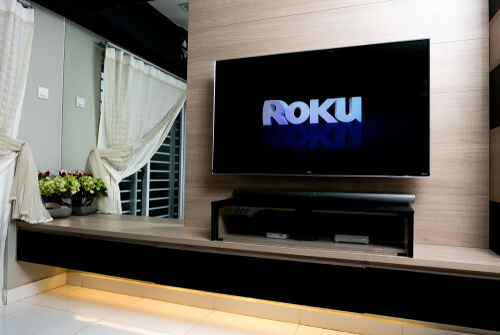 It is also true that a couple of the top VPN service providers allow users to unblock US Netflix as well.

We recommend NordVPN for use with Roku. They are one of the best on the market with lightning-fast speeds, tons of servers worldwide (plenty in the USA), they don’t keep any logs of your internet traffic, they have one of the best deals with up to 70% off and they also come with a 30-day money-back guarantee so if you don’t like it for any reason you can just get your money back.

Your IP and Location are Visible!

Now, let’s move on to the part about how to install a VPN on Roku.

How to install VPN on Roku

Now, the thing you need to understand here is that you will not find a VPN service that offers a VPN client that would run on Roku. As many models and versions, Roku offers to users, none of them are compatible with VPN services, but this won’t matter as we have a workaround.

Hence, there is no direct way in which you can directly install VPN on Roku.

And as mentioned before, currently there is no way for users to configure a smart DNS proxy service on Roku either. With that said, it is also true that there are three alternative ways in which you can try to bypass all the VPN restrictions on Roku.

Those three ways are: 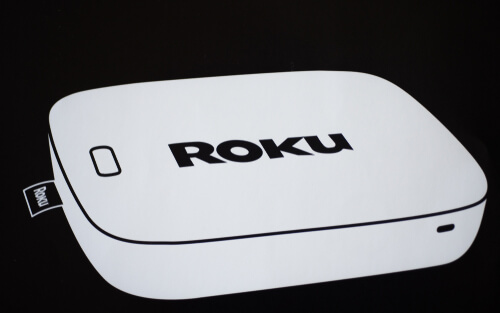 The easiest method is where you use your laptop or mobile device as a WiFi hotspot and then get your Roku to use the internet from that device, this essentially makes your device its own router.

This method is the best in our opinion as you don’t need to buy any more hardware like routers etc, it is the most user friendly as you just control the VPN from your laptop or mobile device allowing you to change servers to the fastest one easy as pie.

How to share a VPN connection on iOS with a Roku device:

How to share a VPN connection on Android with a Roku device:

Here are the steps that you need to follow in order.

How to share a VPN connection on PC with Roku

These are the steps that you need to take.

How to install VPN on Roku via WiFi router

The thing you need to understand here about a WiFi router is that once you have installed a VPN on the WiFi router you can actually connect all of your internet-enabled devices on that very same WiFi router.

That includes devices such as Roku. So with just one WiFi router that has a VPN on it, you can potentially share its own VPN-protected internet connection with an unlimited number of devices.

While that is all great and everything, the one thing that you need to take care of here is that you can’t really install a VPN service on any WiFi router that you like. There are very specific routers that support the installation of a VPN service.

If you want to install a VPN service on your router then you will need to make sure that your router is either Tomato-based or DD-WRT-based. For those who do not know which one they have, they should consult the official website of the manufacturer of their router device.

If you do not have a DD-WRT router or a Tomato router, you will have no other choice but to purchase a brand new WiFi router. That can get expensive.

But in the long run, your new VPN router would not only save you a good amount of error but also some money.

One other point that we should have perhaps mentioned earlier is that setting up a thing called virtual WiFi router on your Mac or PC may be enough to give you a moderately powerful headache.

You can find good VPN Routers that come set up here. 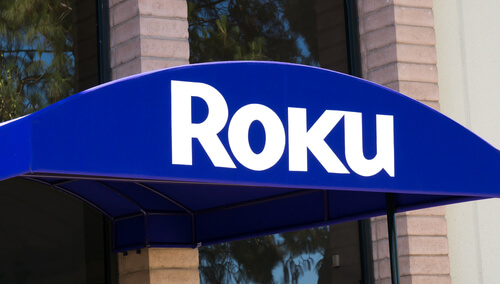 Some might feel that the statement contradicts itself. But we are here to tell you that it does not. We are fairly aware of the fact that many readers would not want to take the steps that we have mentioned above.

For some, these steps are a bit too complicated. In that case, what you can do is make use of the option of Smart DNS proxy services. If you do decide to go down this route, we want you to know that you can actually configure the Smart DNS service directly on your WiFi router.

And you can do that without having any need of changing the settings page either on your Mac or PC. All that you have to do now is to make sure that you have signed up for the services of a VPN service that is offering a free Smart DNS proxy service along with its VPN service. Some of such services include  and

And while it is true that the majority of WiFi routers allow users to change their DNS settings, we cannot hide the fact that a good portion of them simply do not.

Generally speaking, if you have bought a WiFi router that comes from manufacturers like,

then you should be able to find the supporting manual for more DNS configuration.

It is here that we feel a need to tell you that if you happen to own a WiFi router that you got from your internet service provider, then you will probably have to change the DNS settings page on the modem. If that is indeed the case, then you will definitely need to purchase a WiFI router that acts as the secondary WiFi router. It should have no problems in allowing you to make changes to your DNS settings.

If you have followed along nicely, then know that you can use a good Ethernet cable to connect your modem’s LAN port with the WAN port of your secondary router. In the end, all that you will need to do is to connect the secondary WiFi router and your Roku device.

You probably do not us to tell you that if you want to take full advantage of your Roku device, you need to get your hand on American apps. And if you want that, then you really have no other option but to create a US Roku account.

Once you get that, you will need to install all the great American apps available on Roku such as,

All you need to do right now is to first create a US Roku account.

Zohair A.
Zohair is currently a content crafter at Security Gladiators and has been involved in the technology industry for more than a decade. He is an engineer by training and, naturally, likes to help people solve their tech related problems. When he is not writing, he can usually be found practicing his free-kicks in the ground beside his house.
Security Gladiators VPN How To Install a VPN on Roku (Cheapest Method 2022)
Leave a Comment Cancel reply